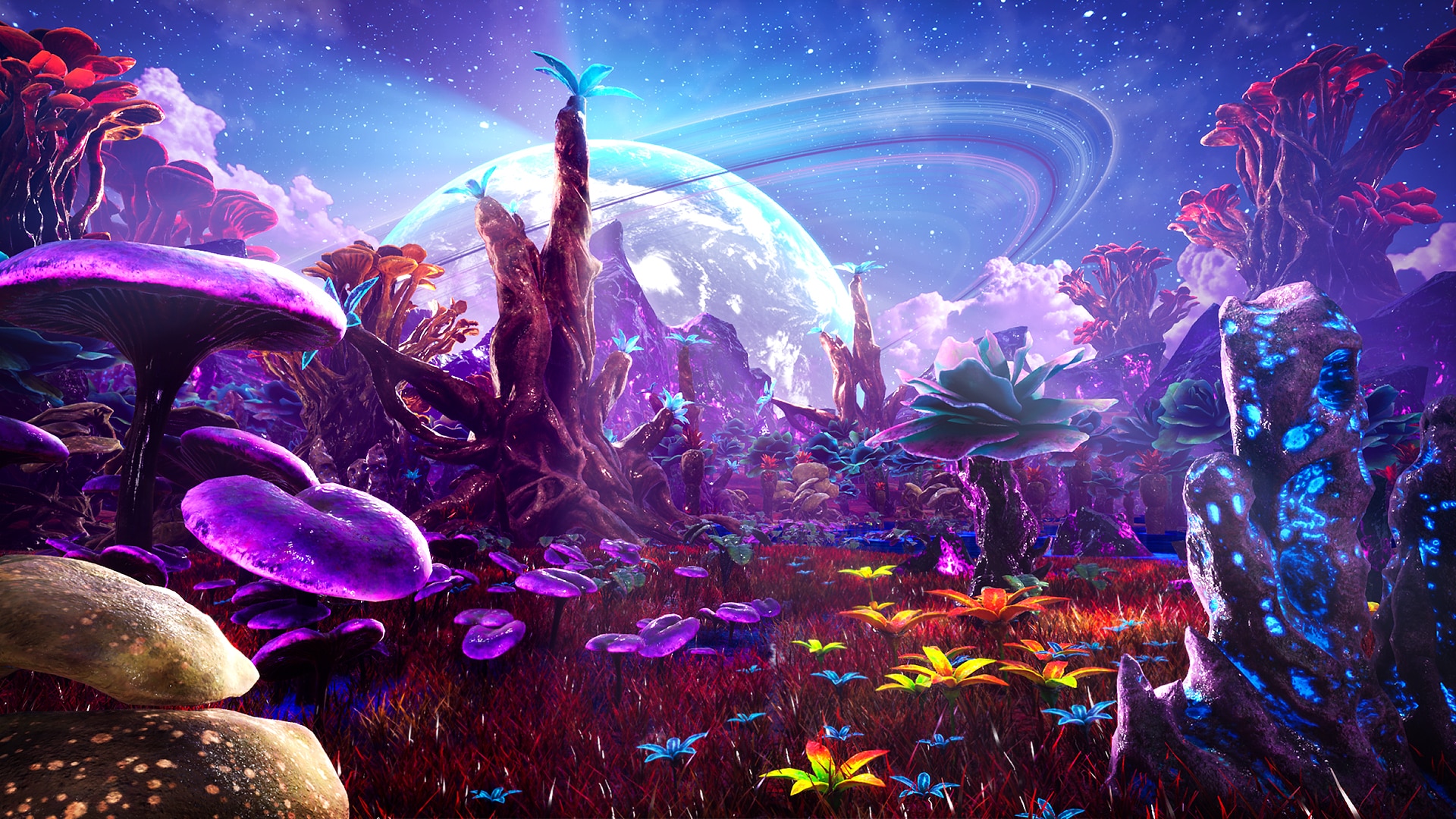 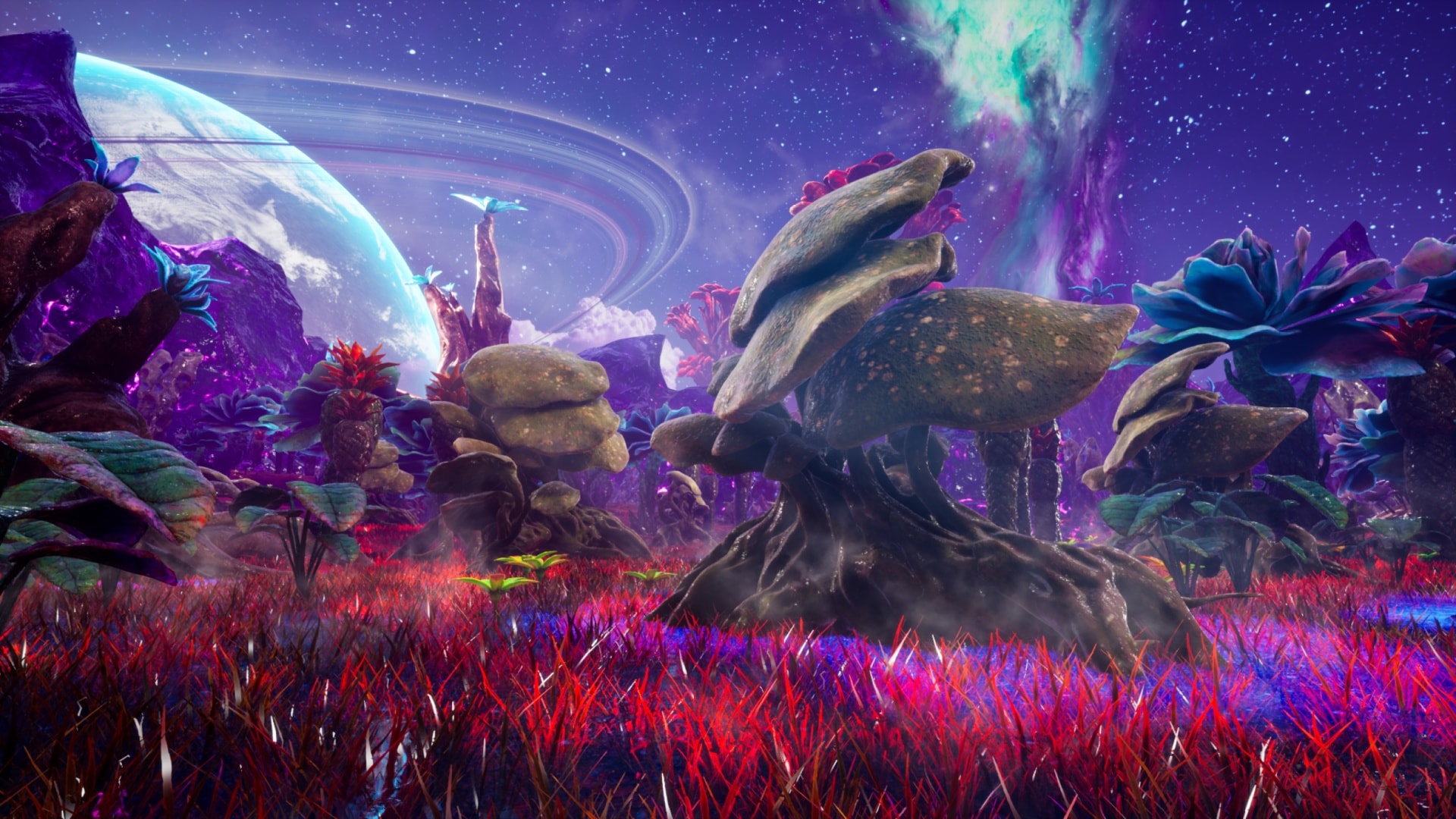 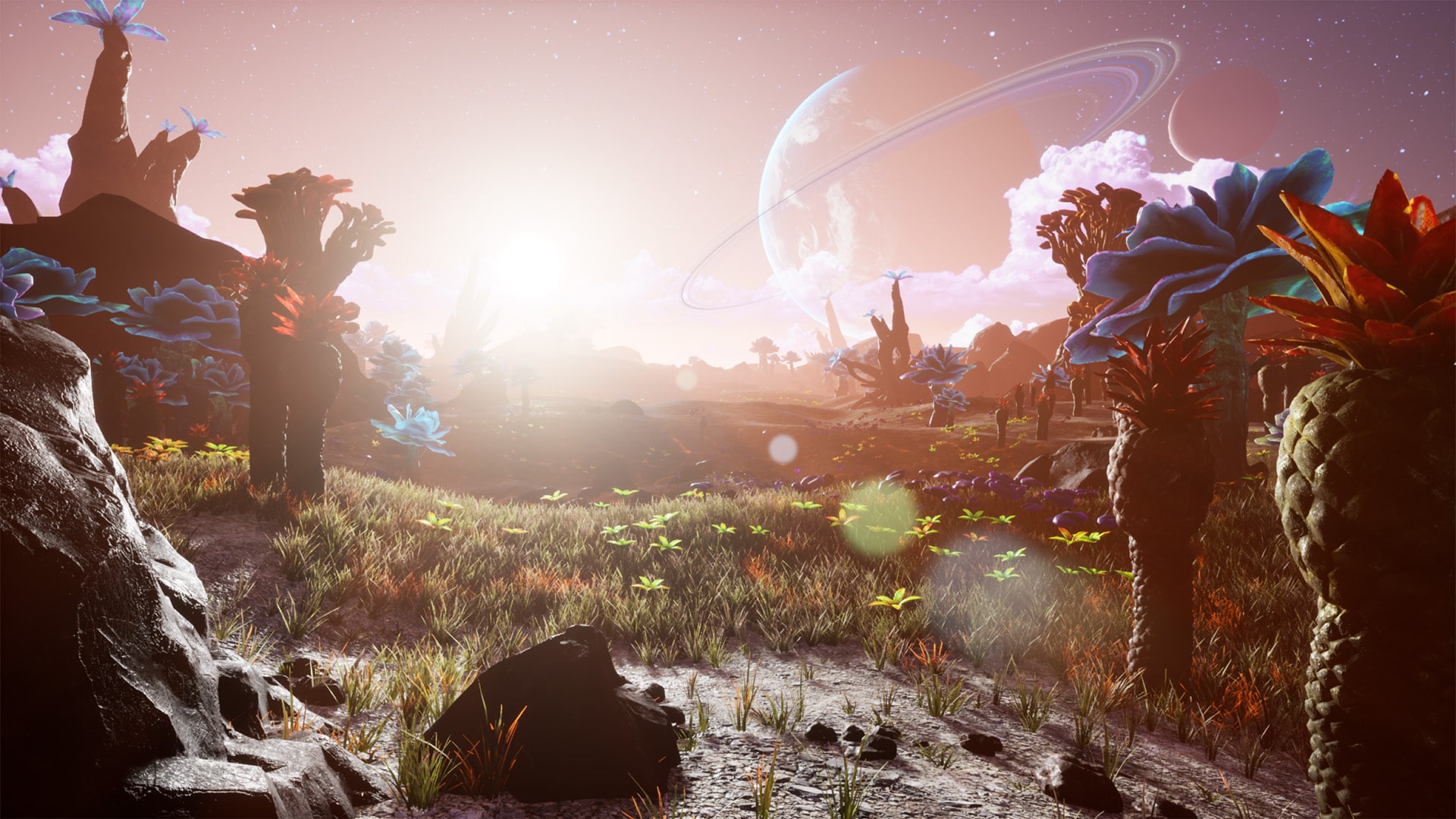 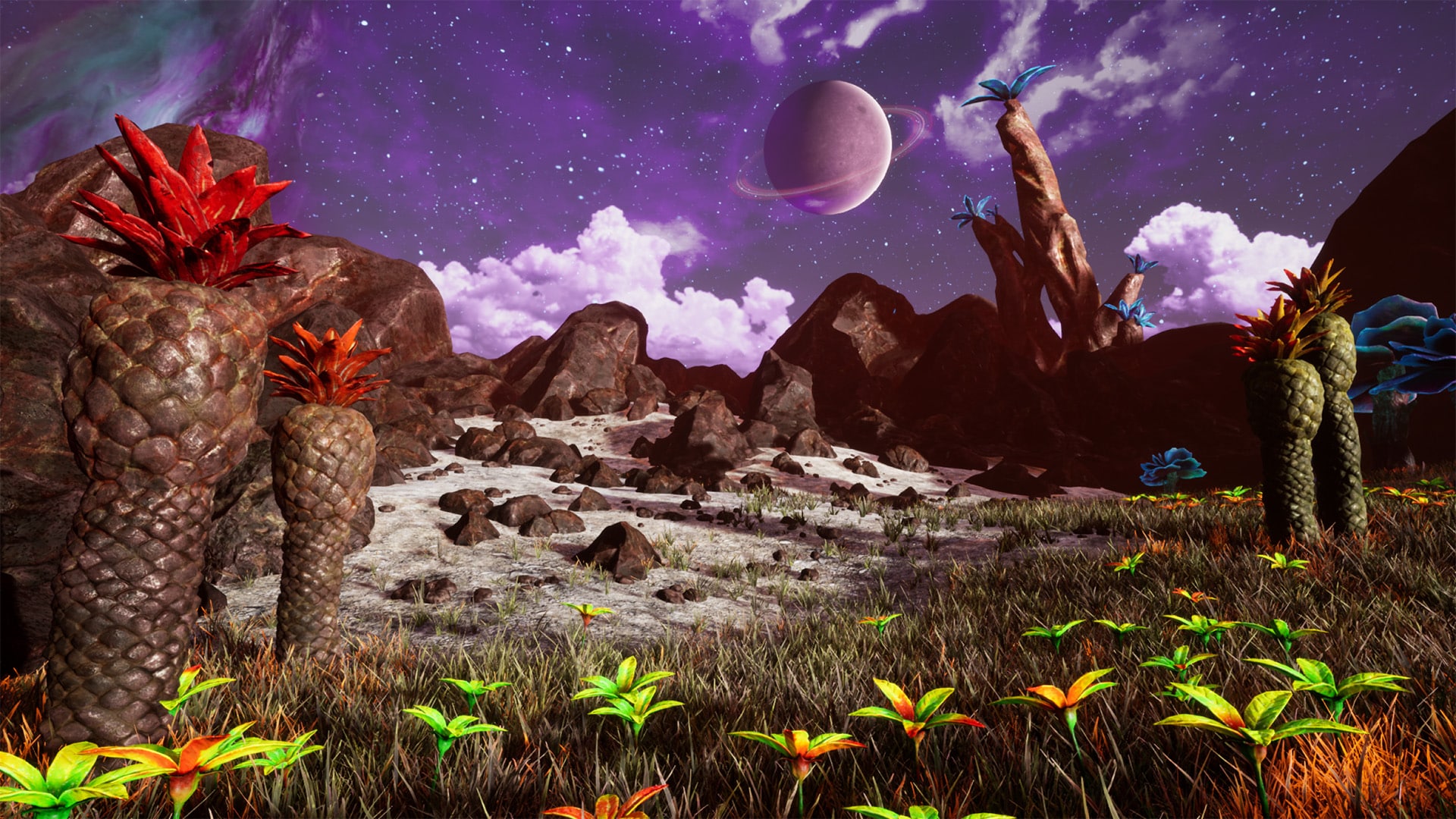 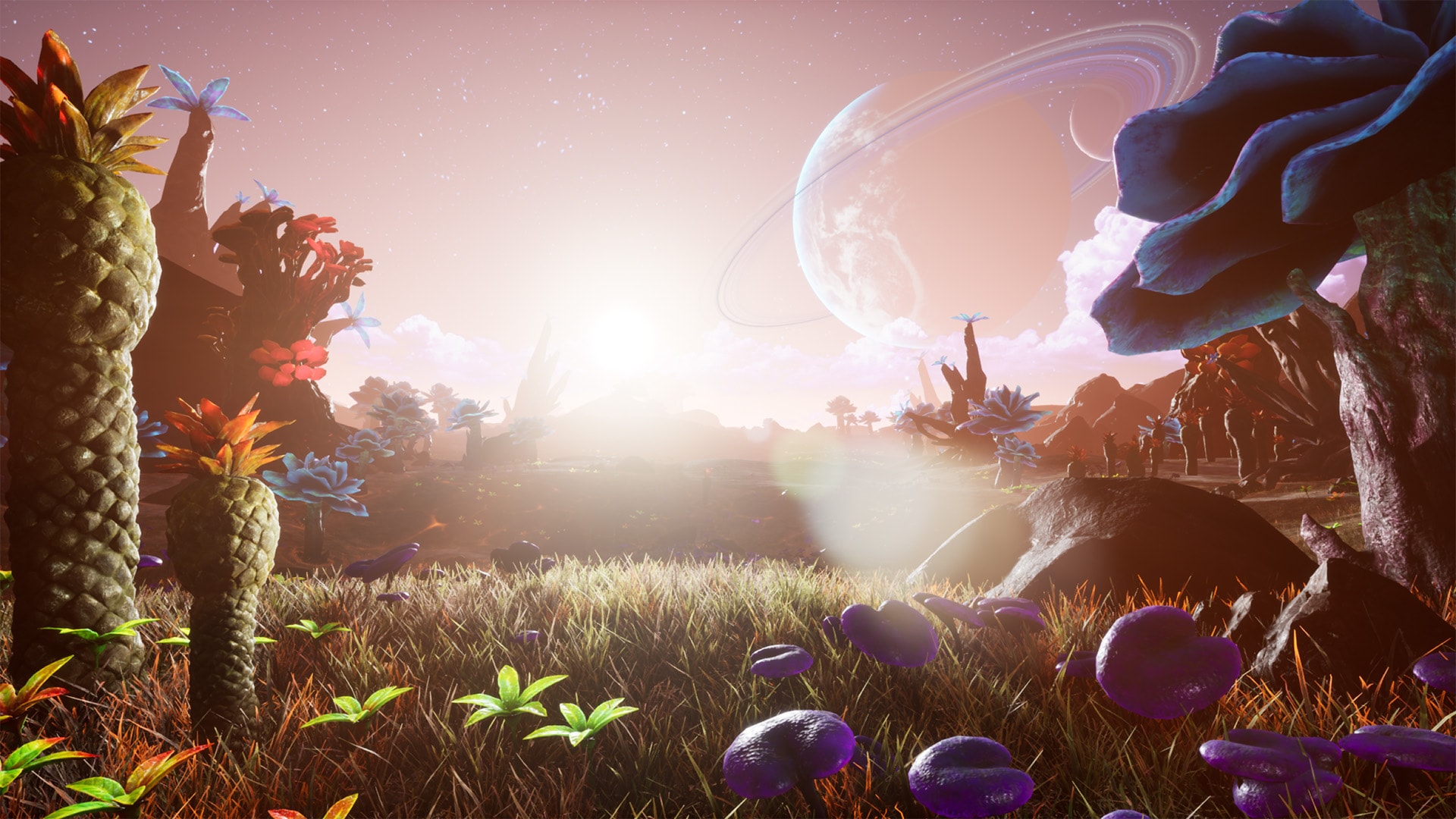 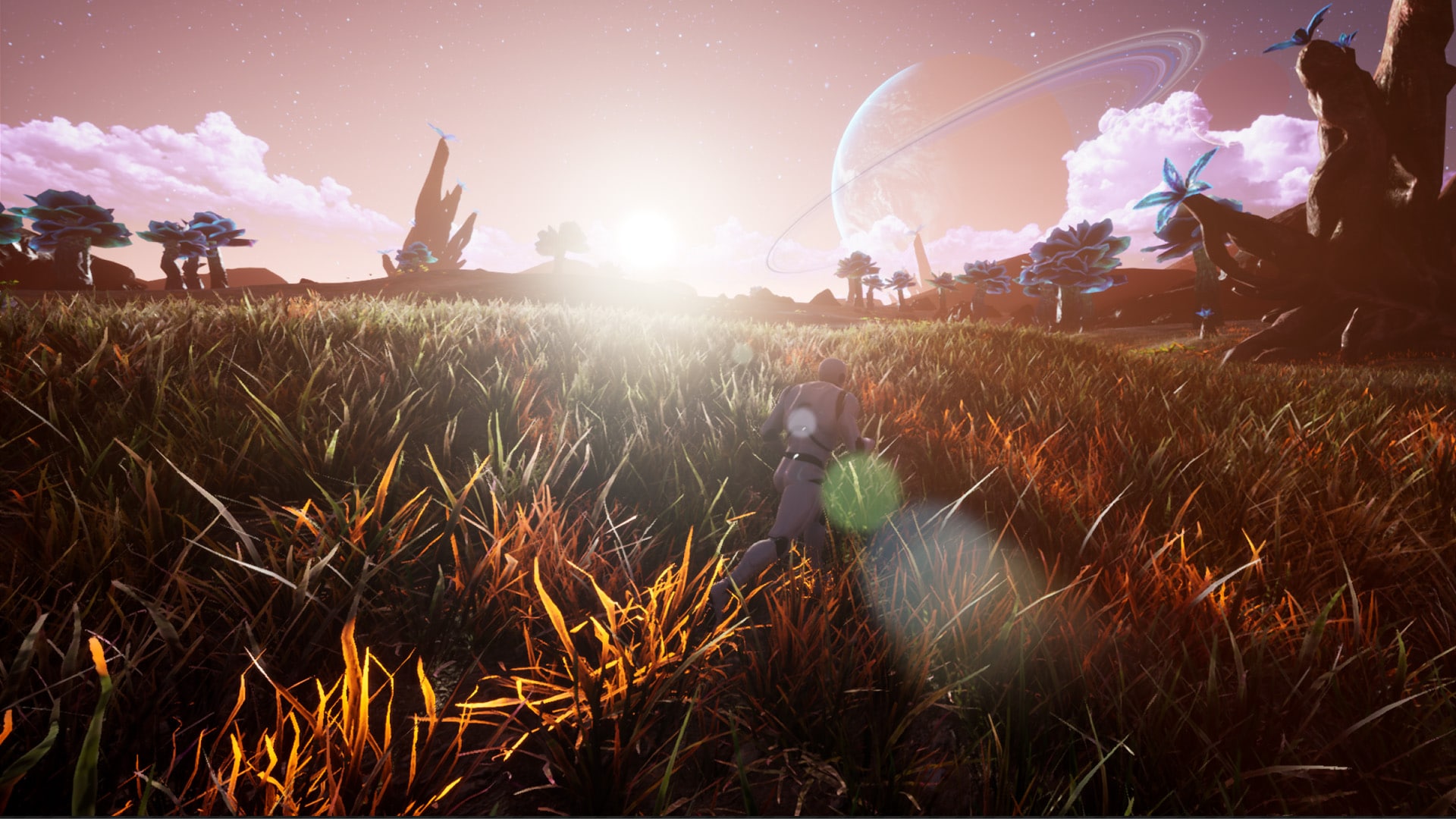 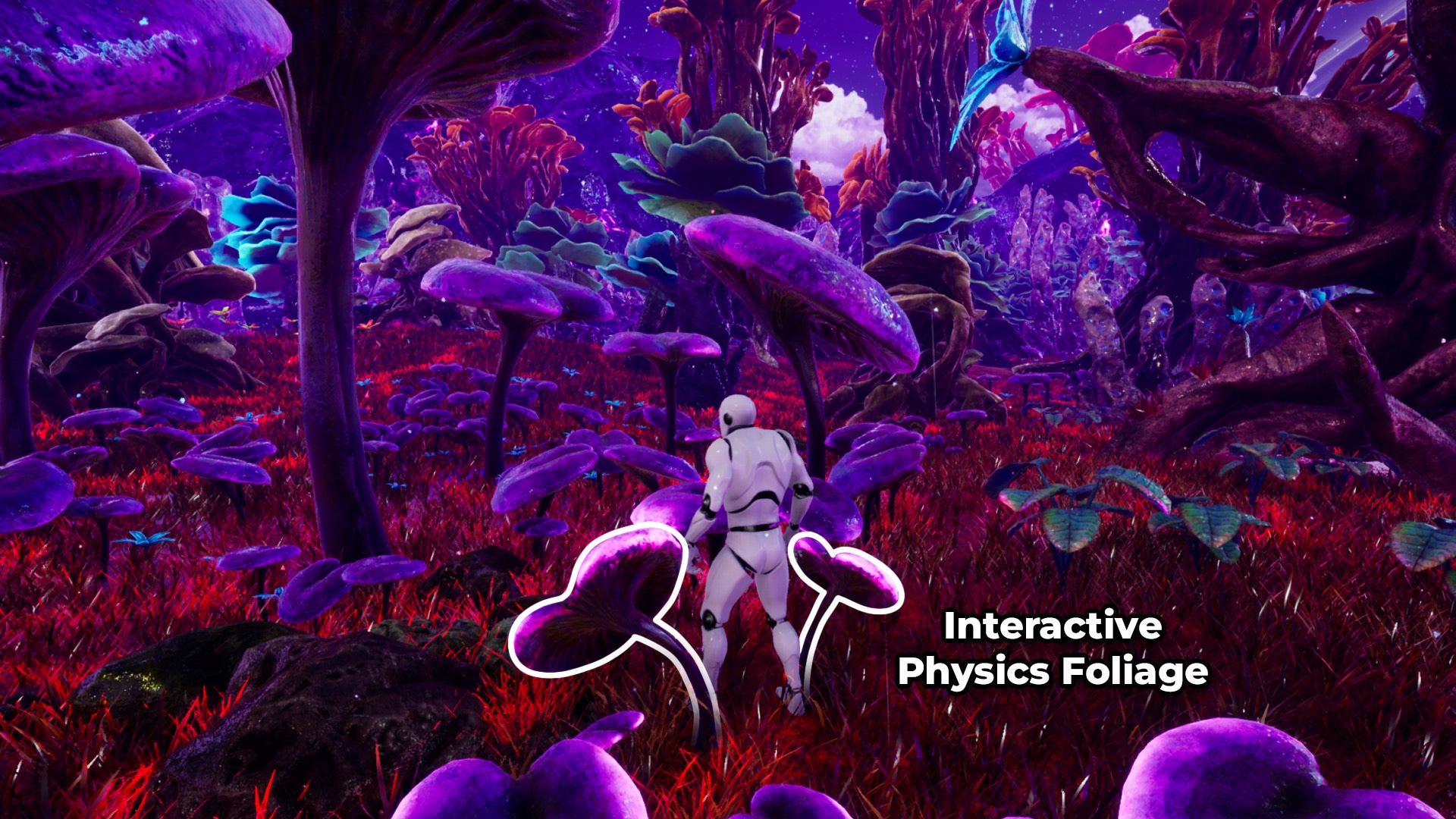 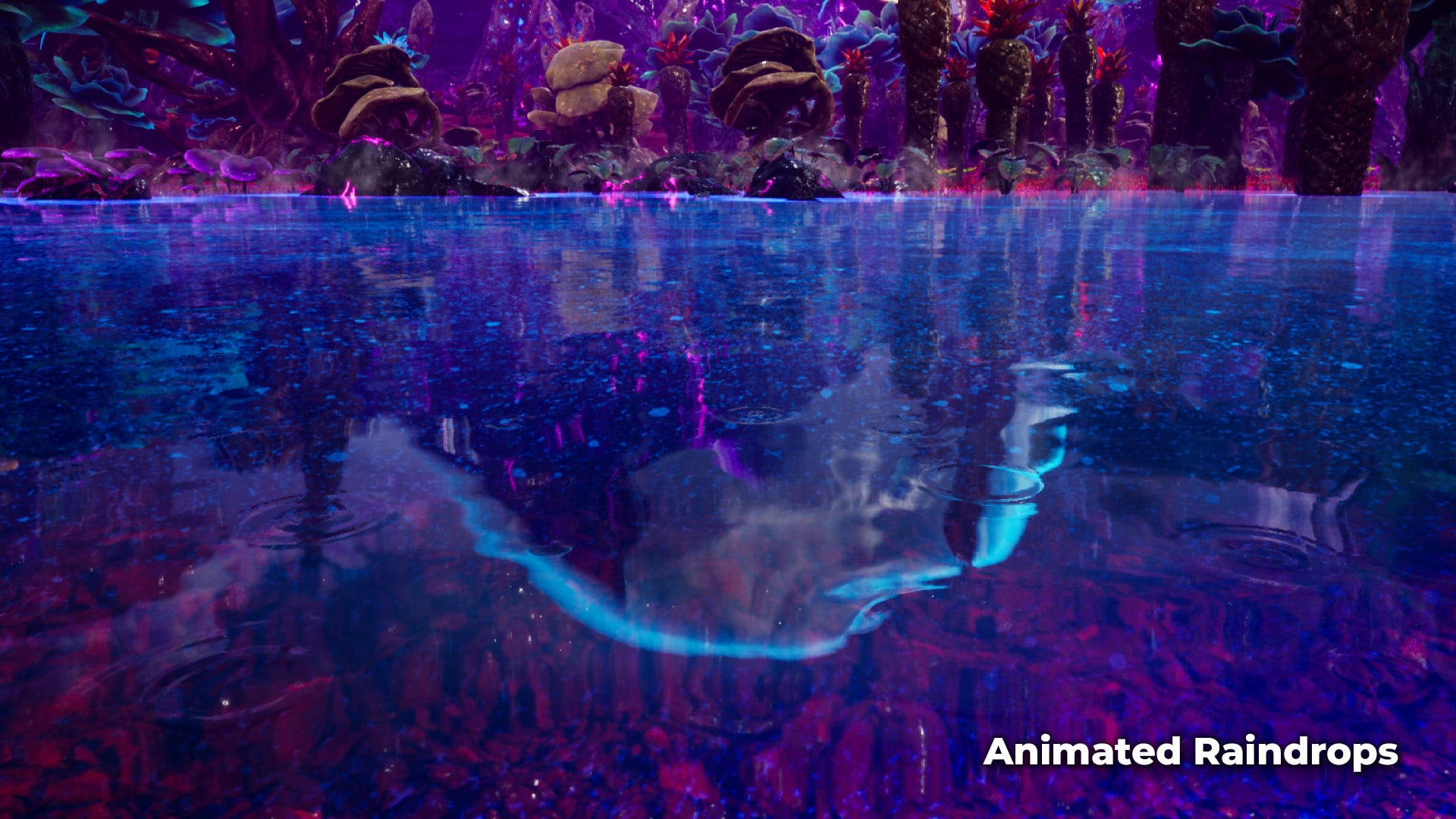 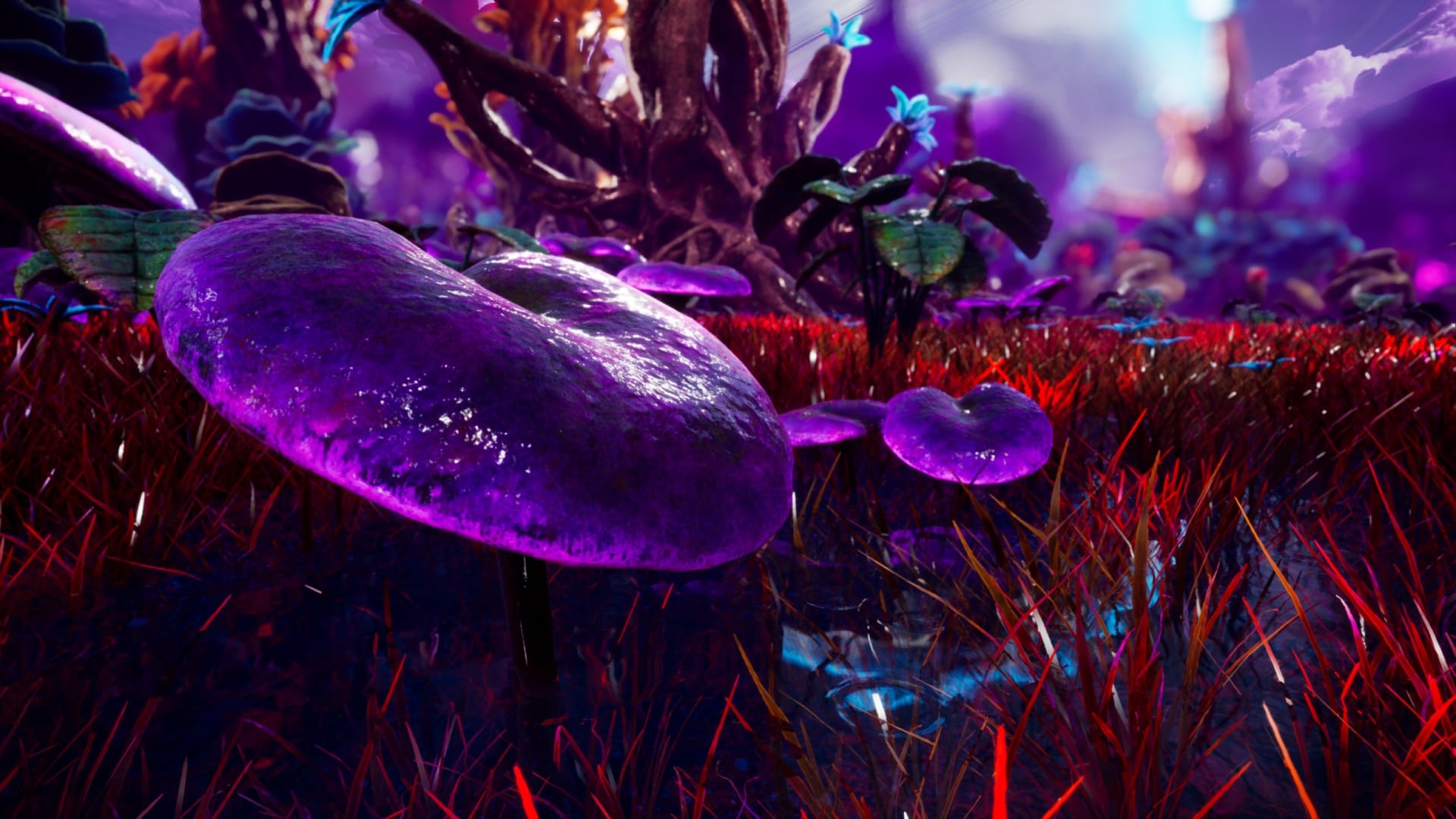 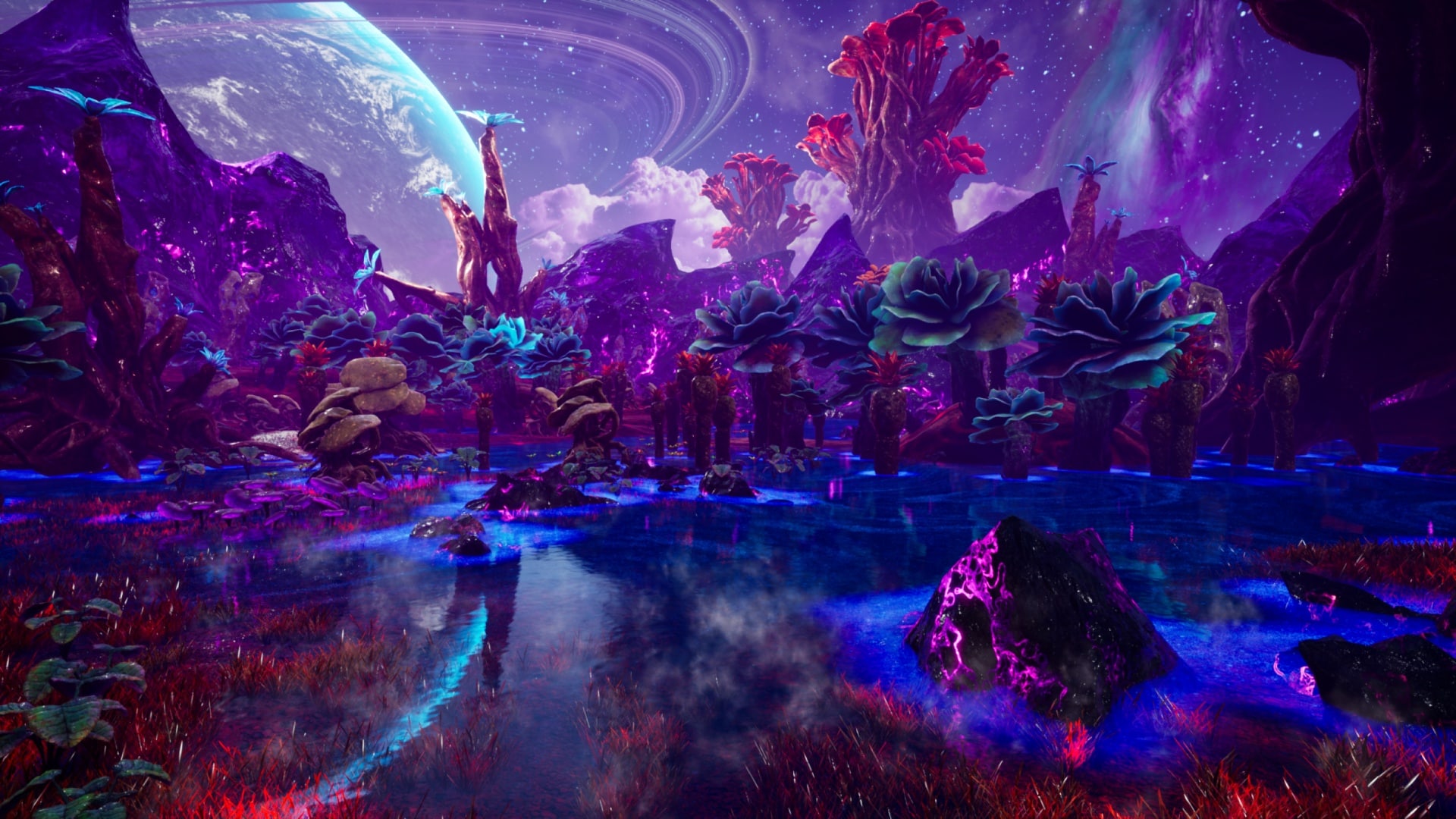 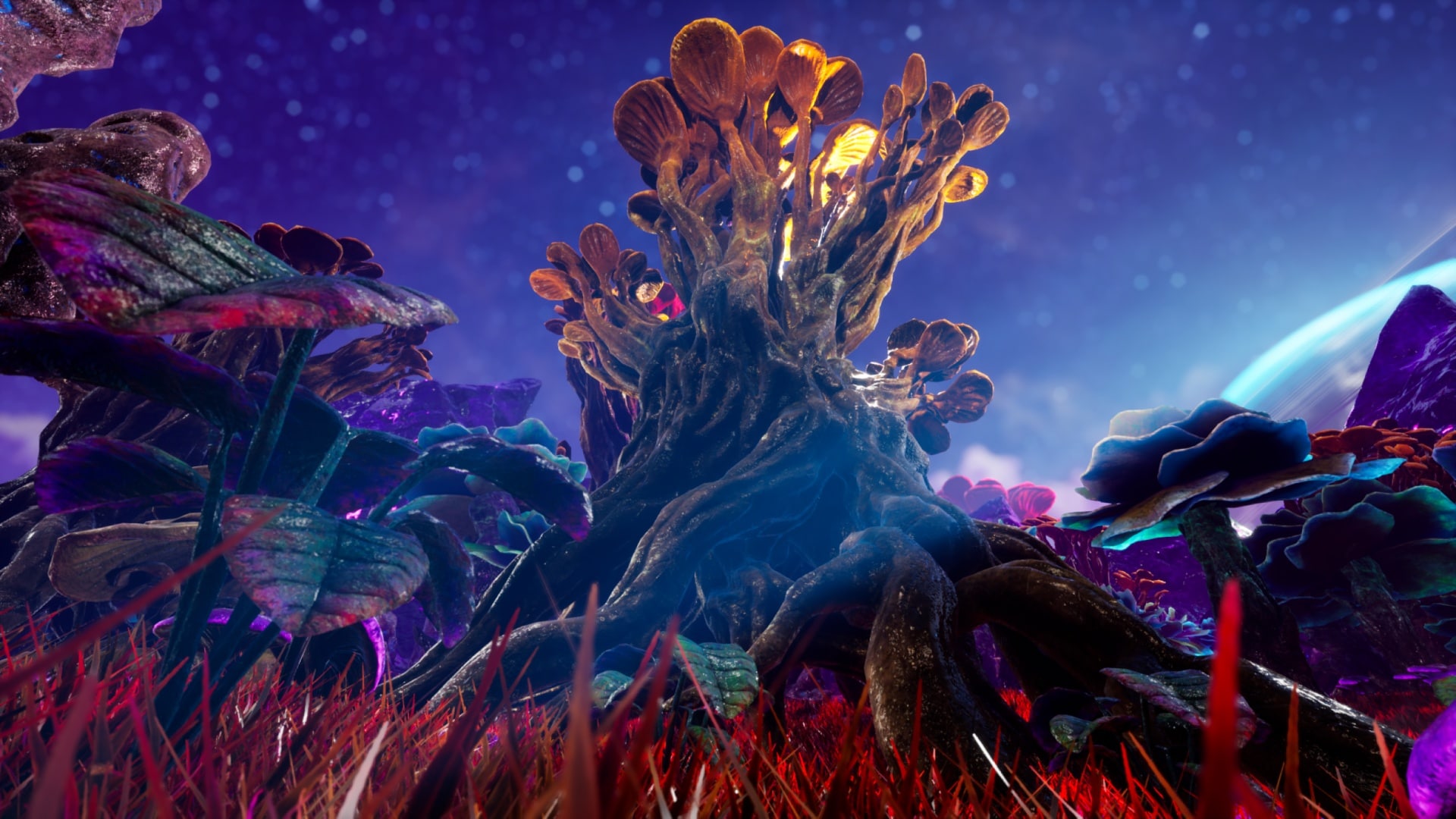 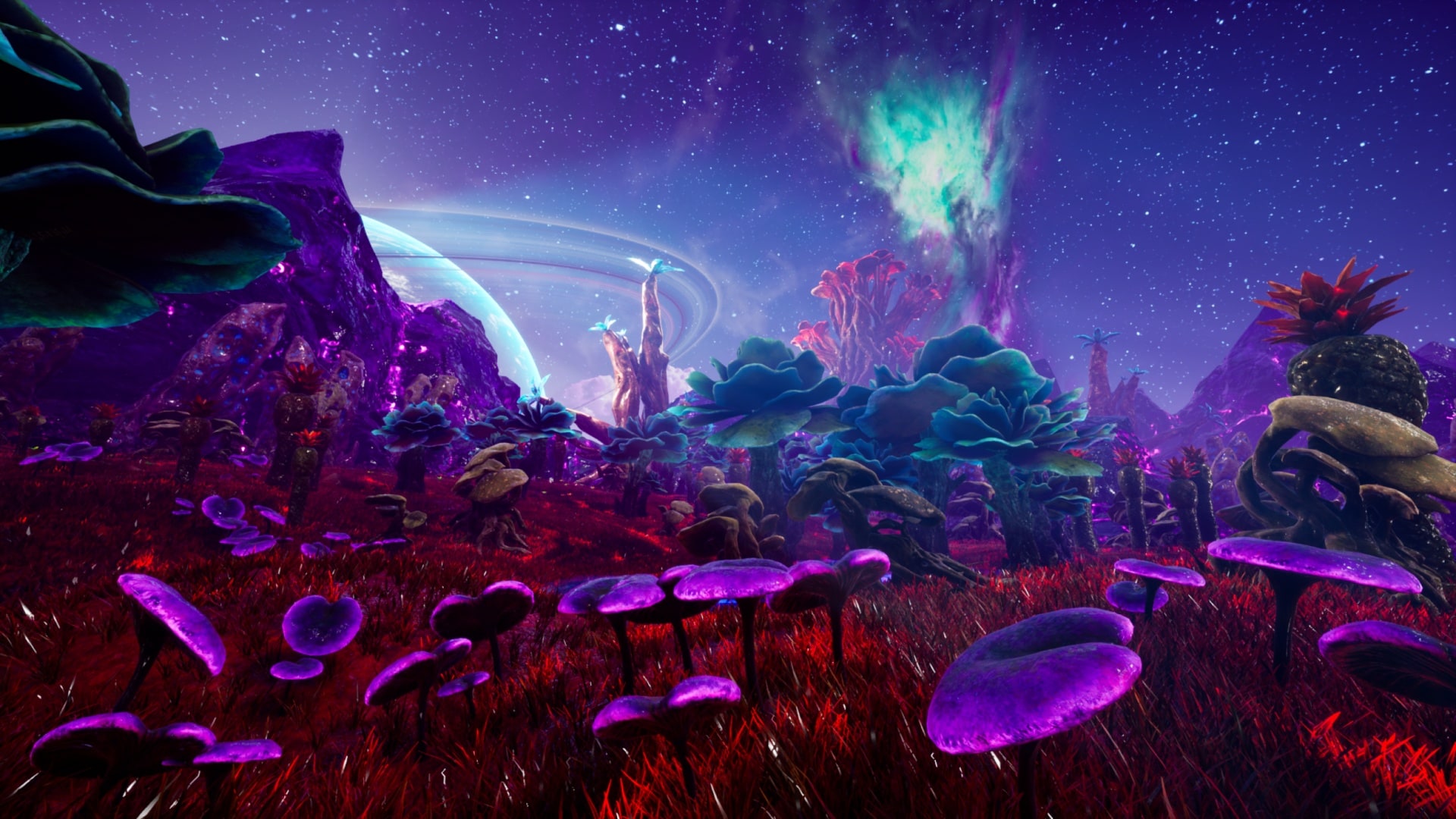 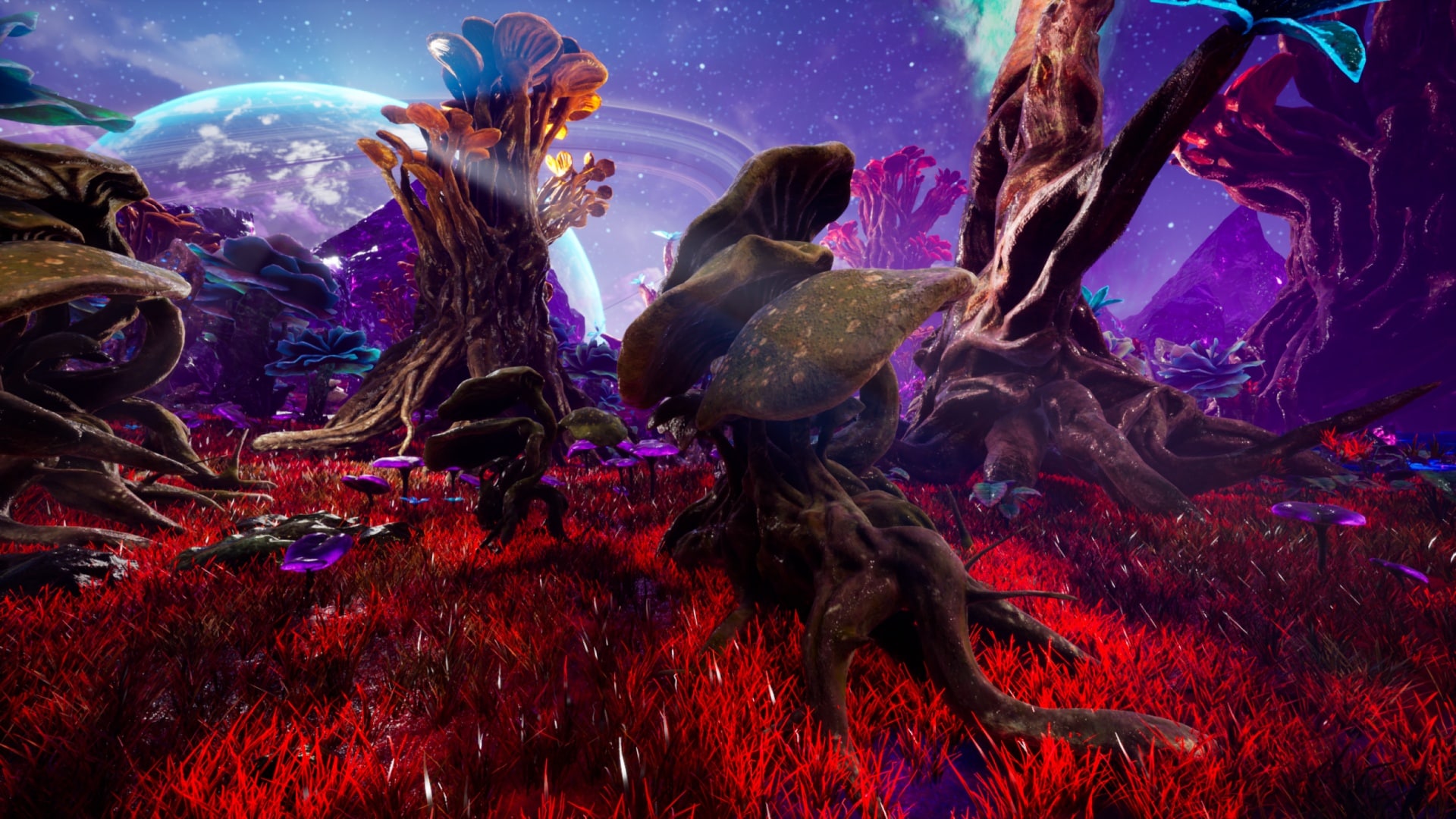 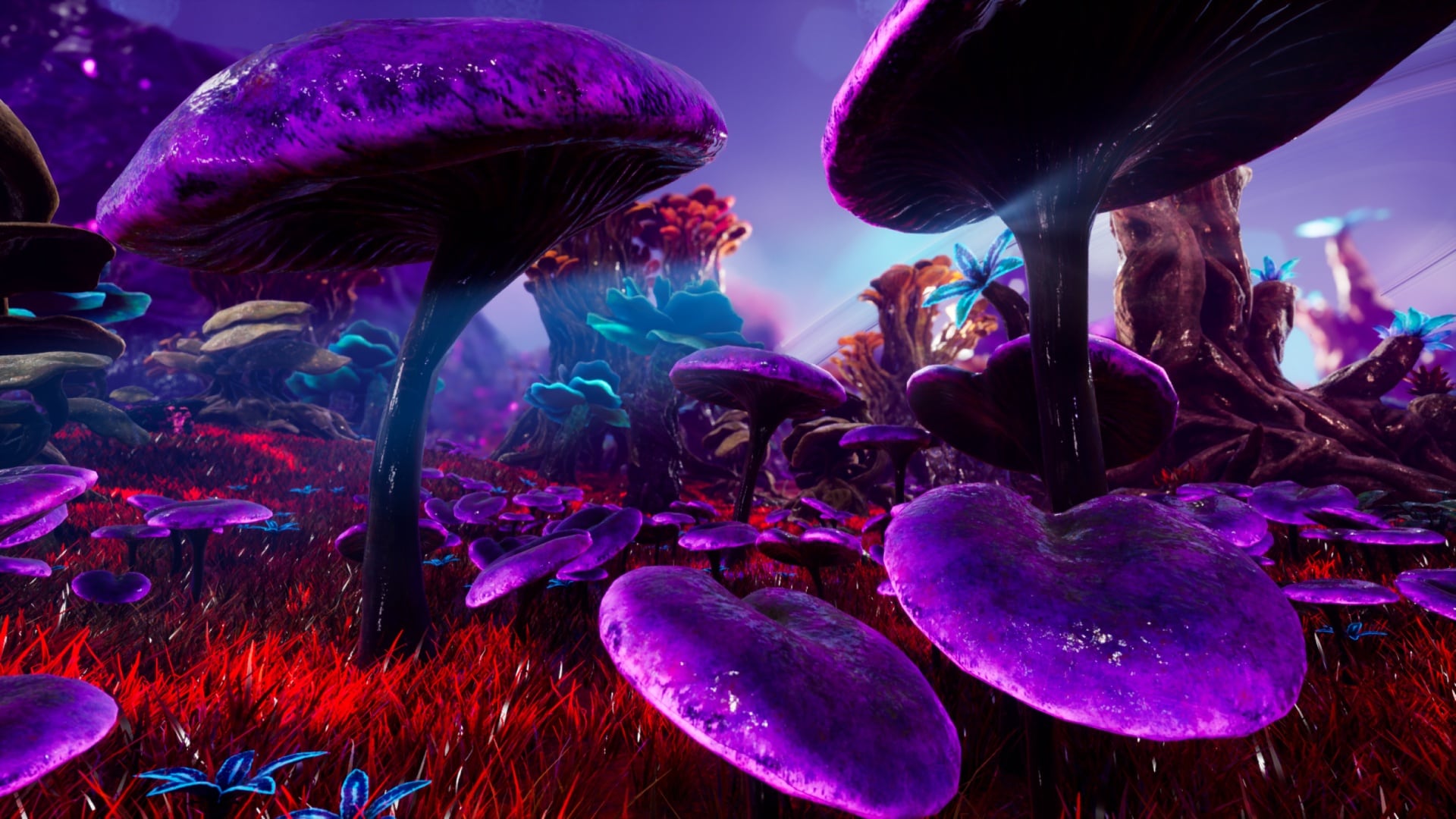 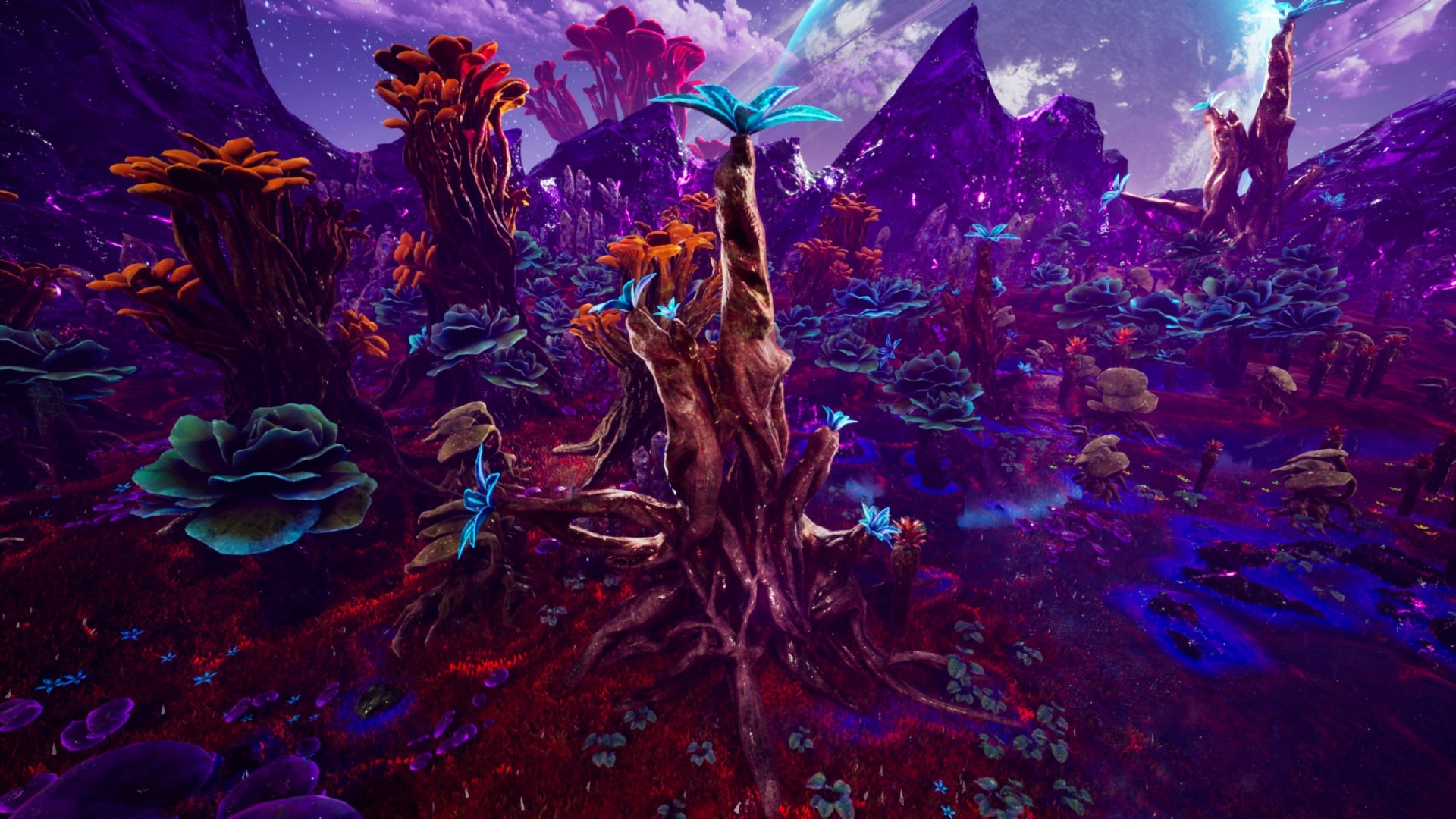 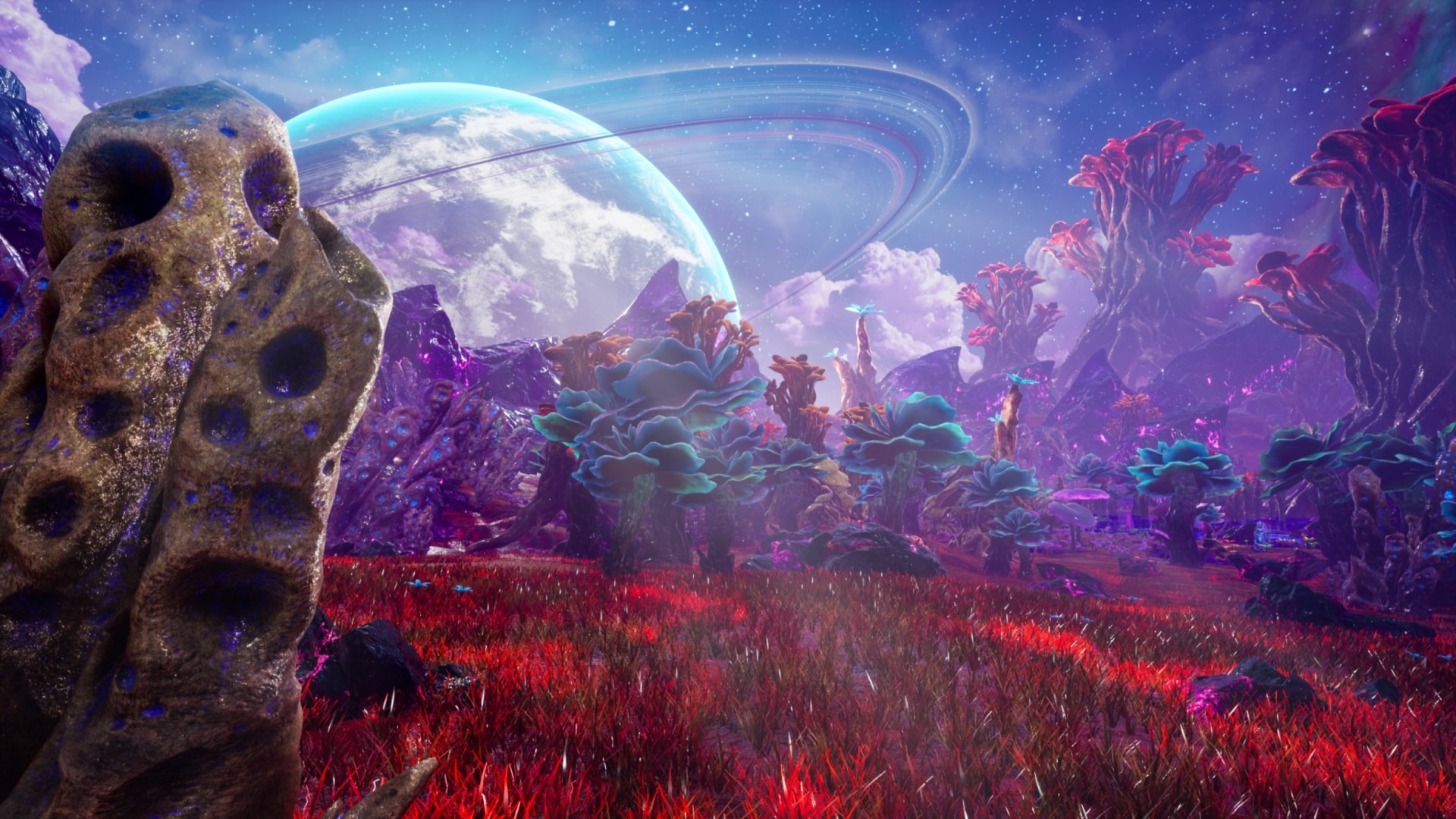 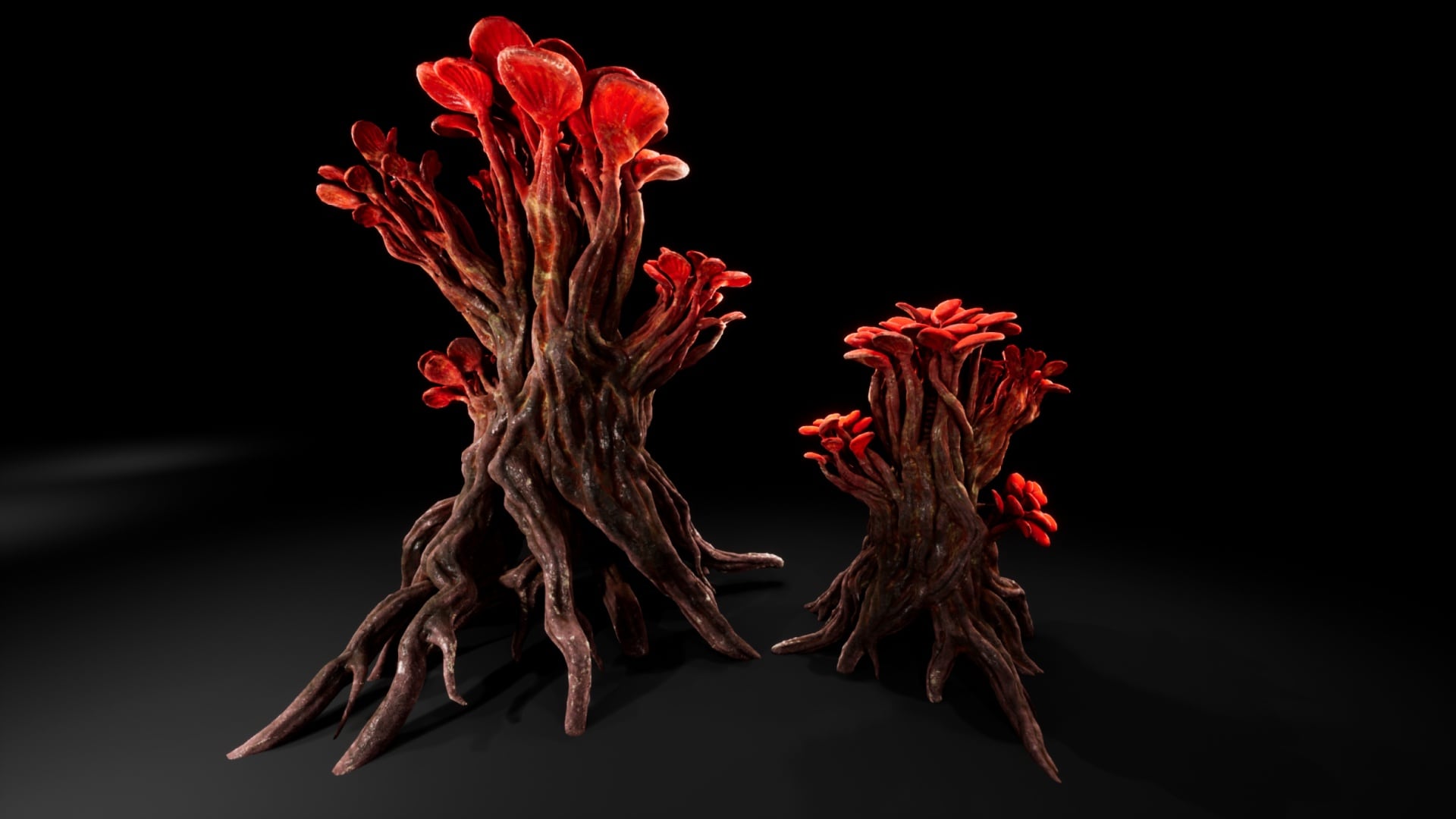 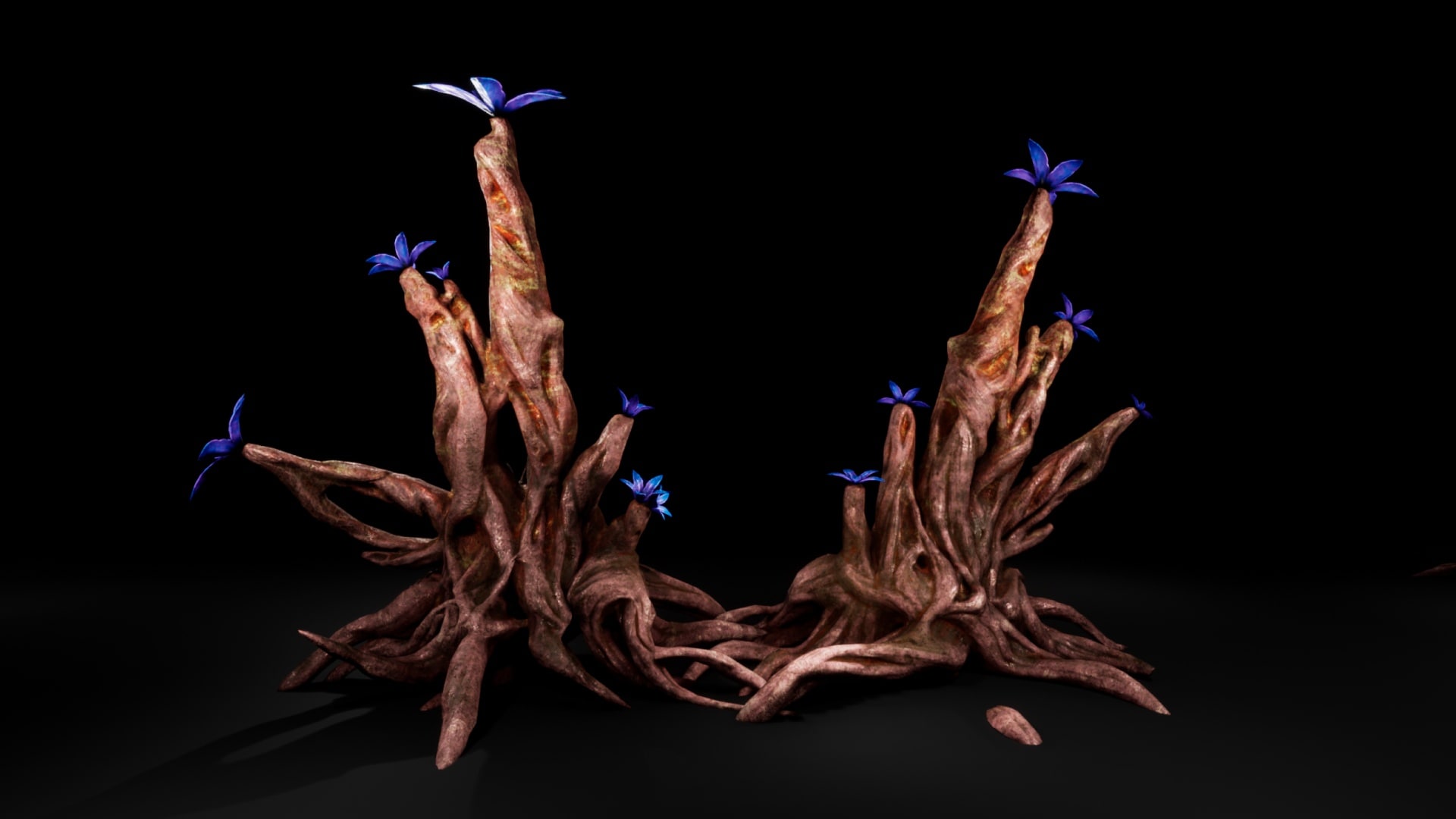 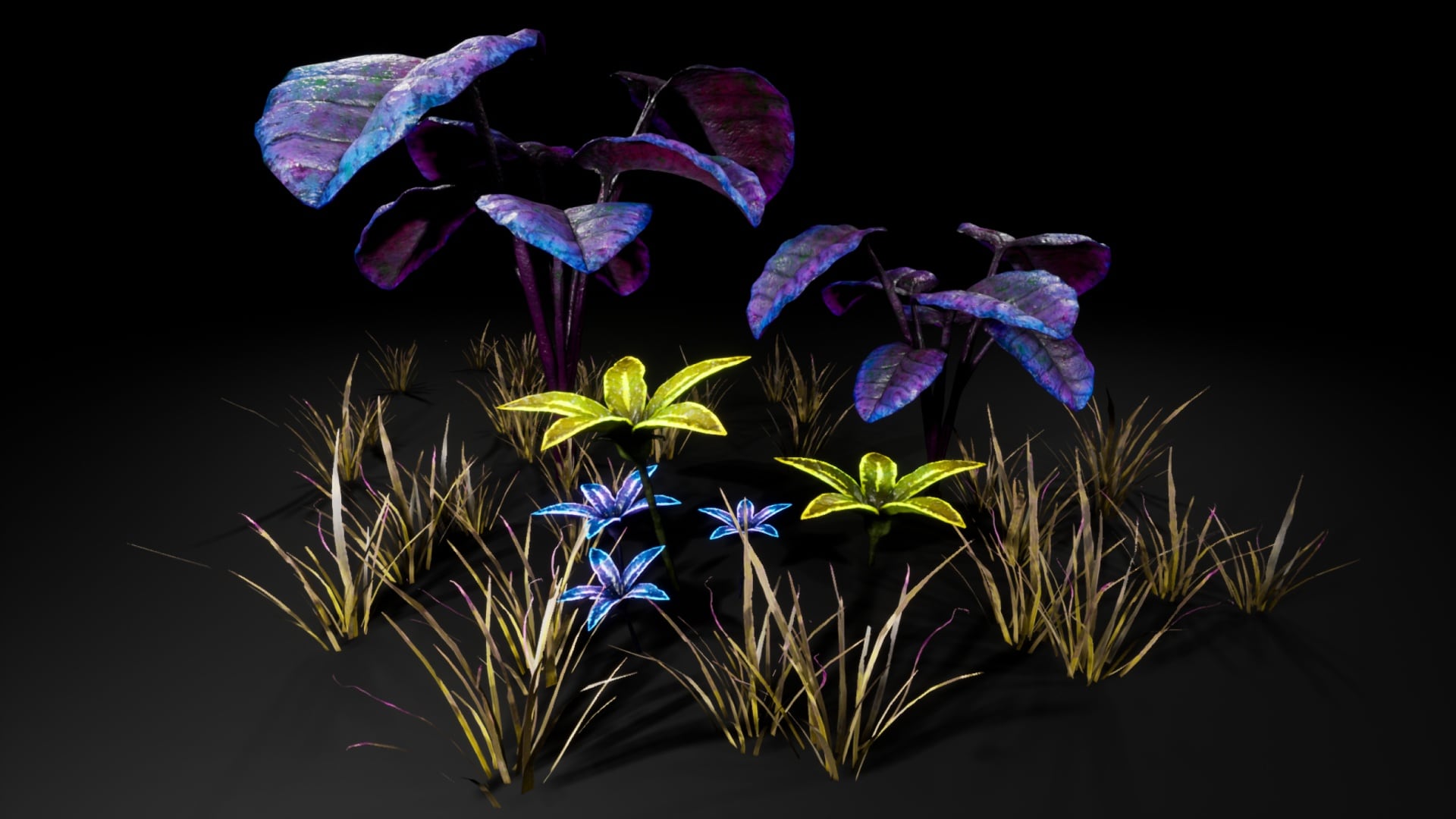 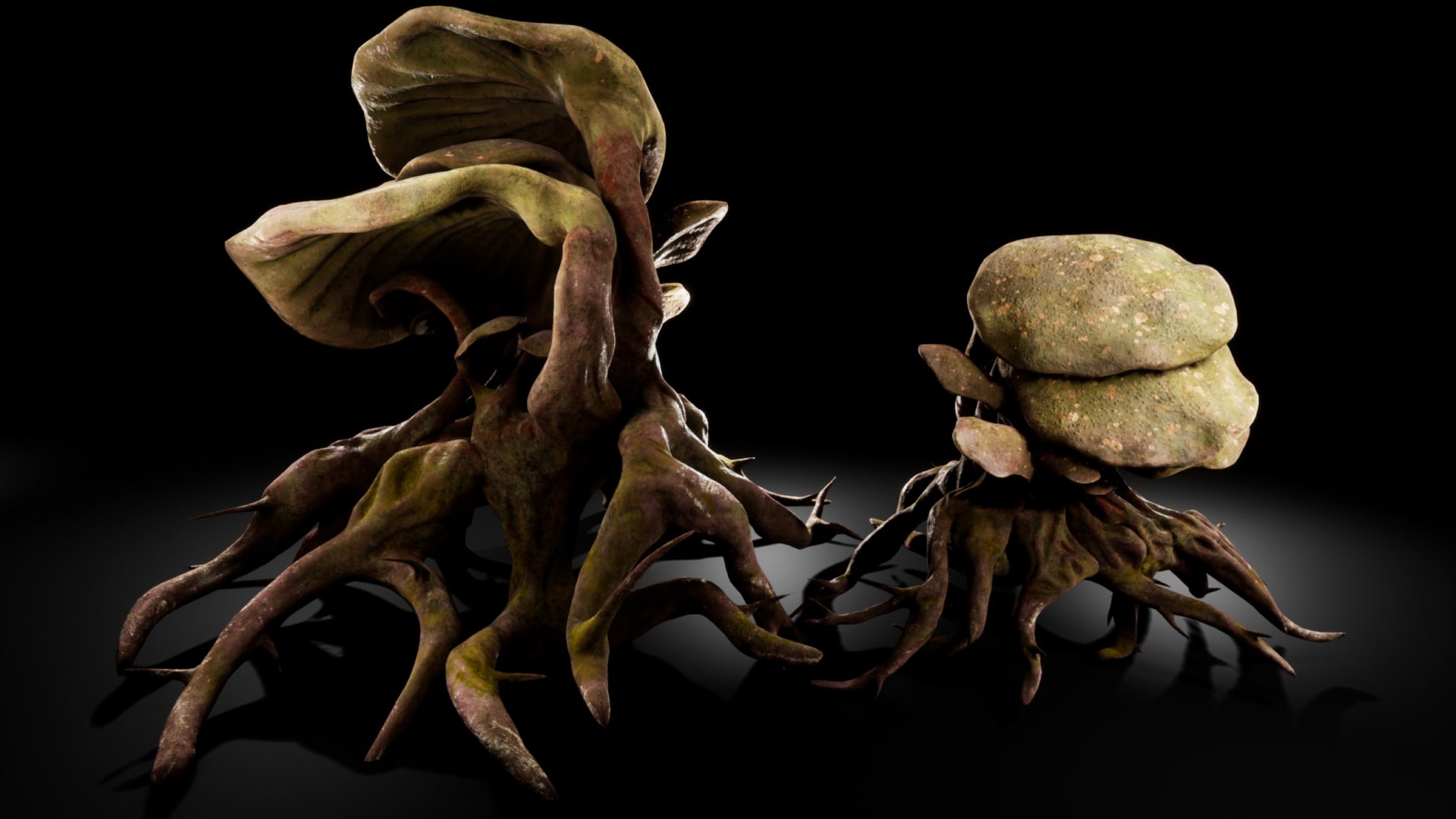 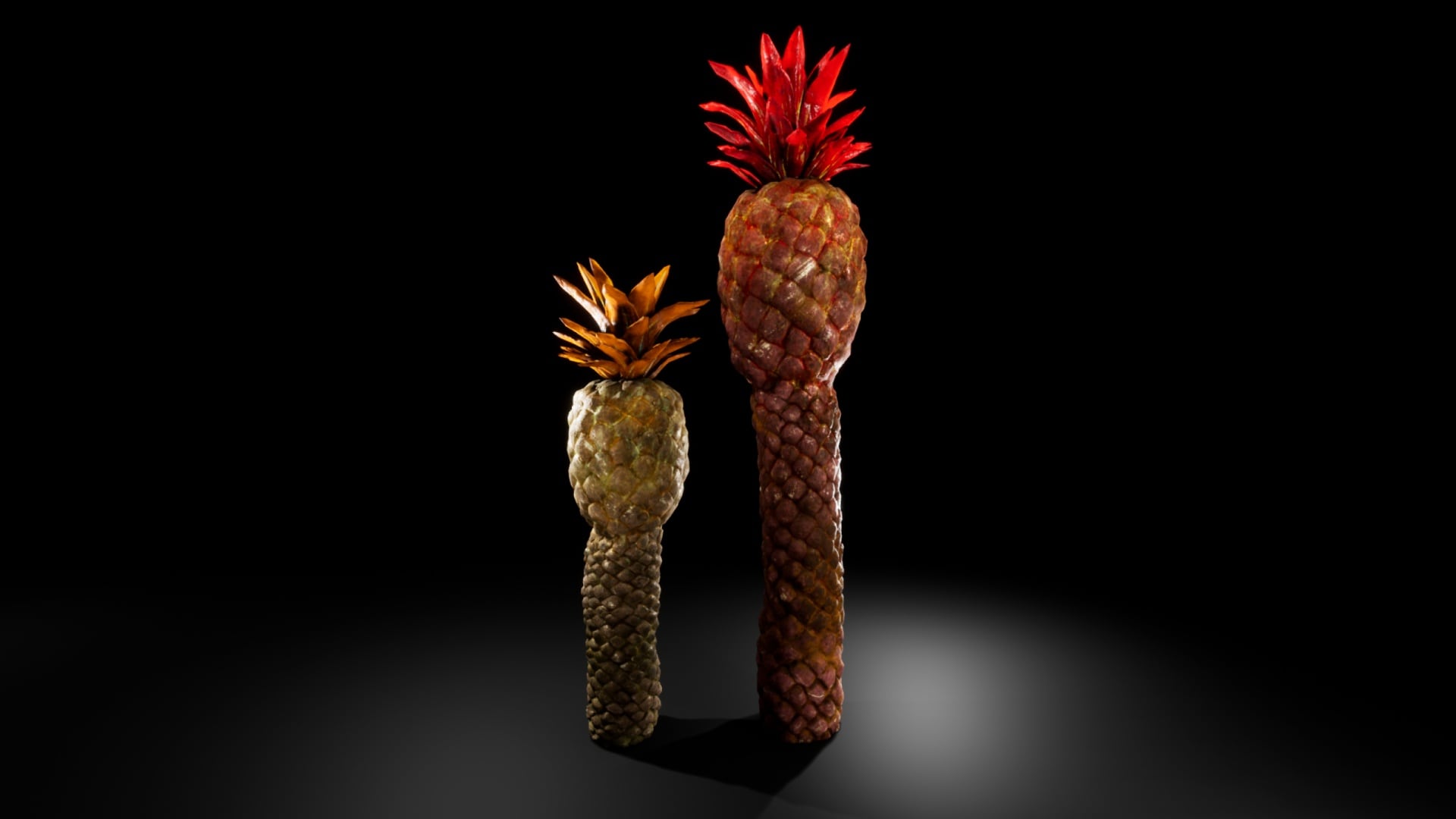 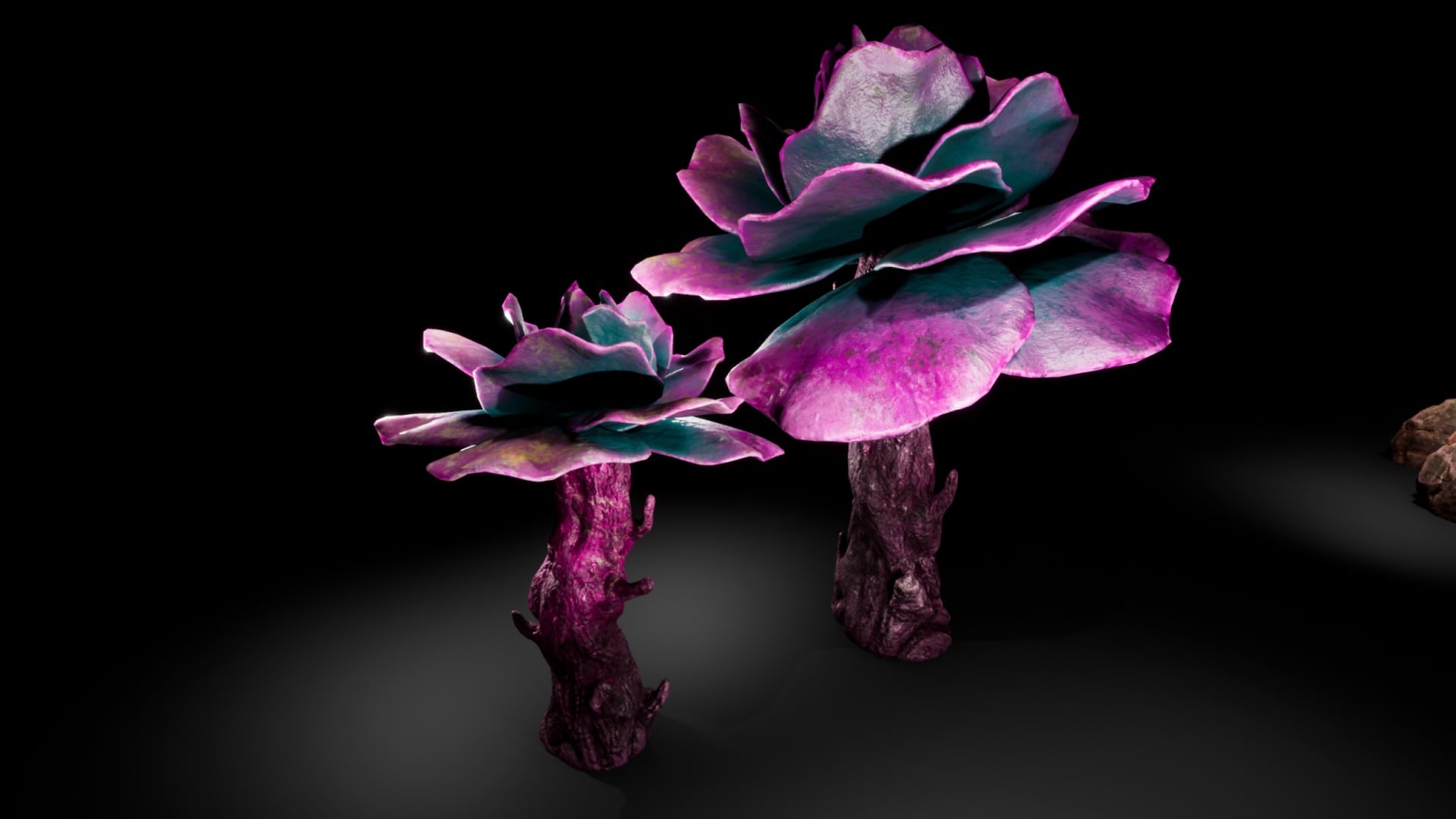 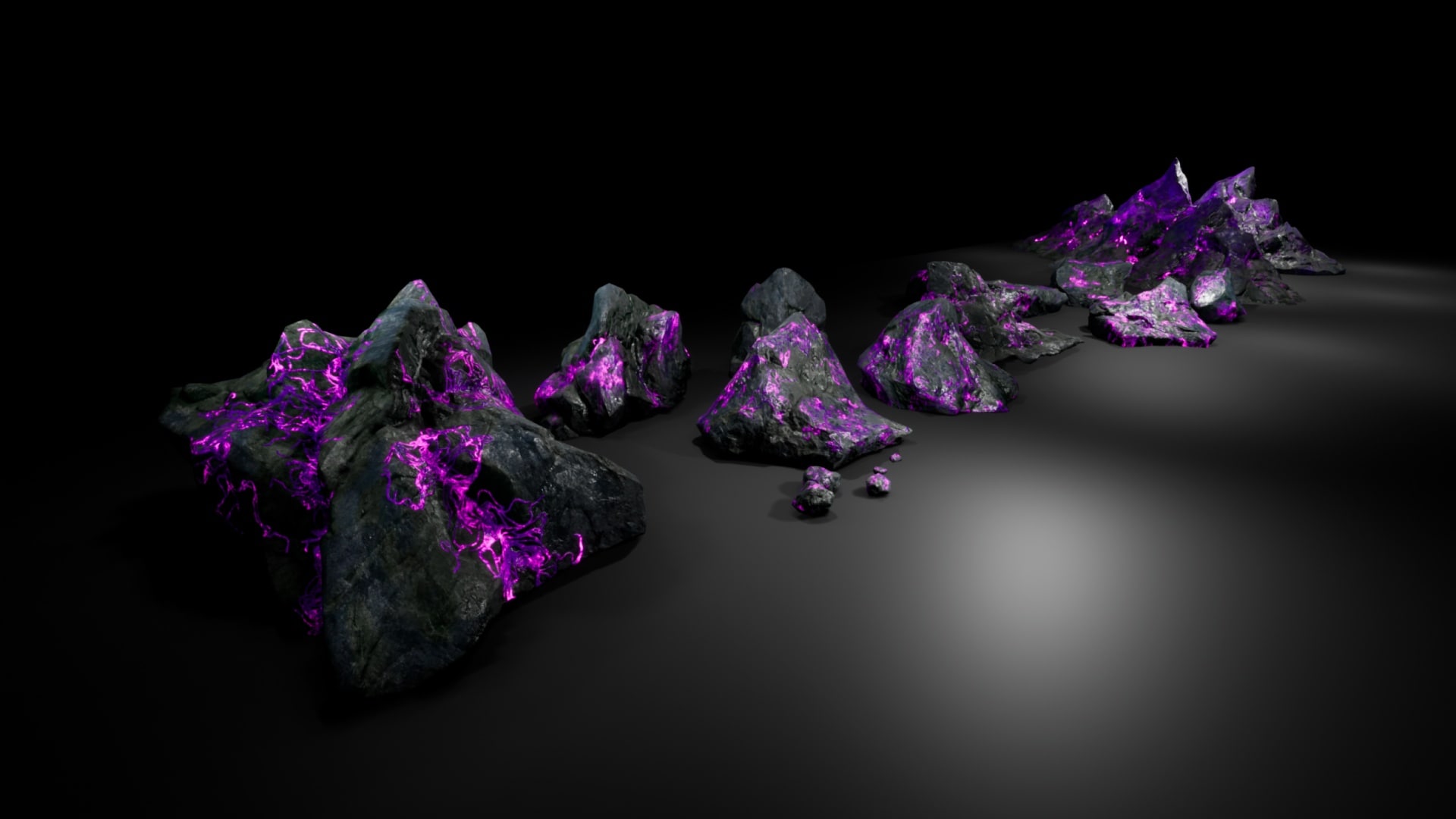 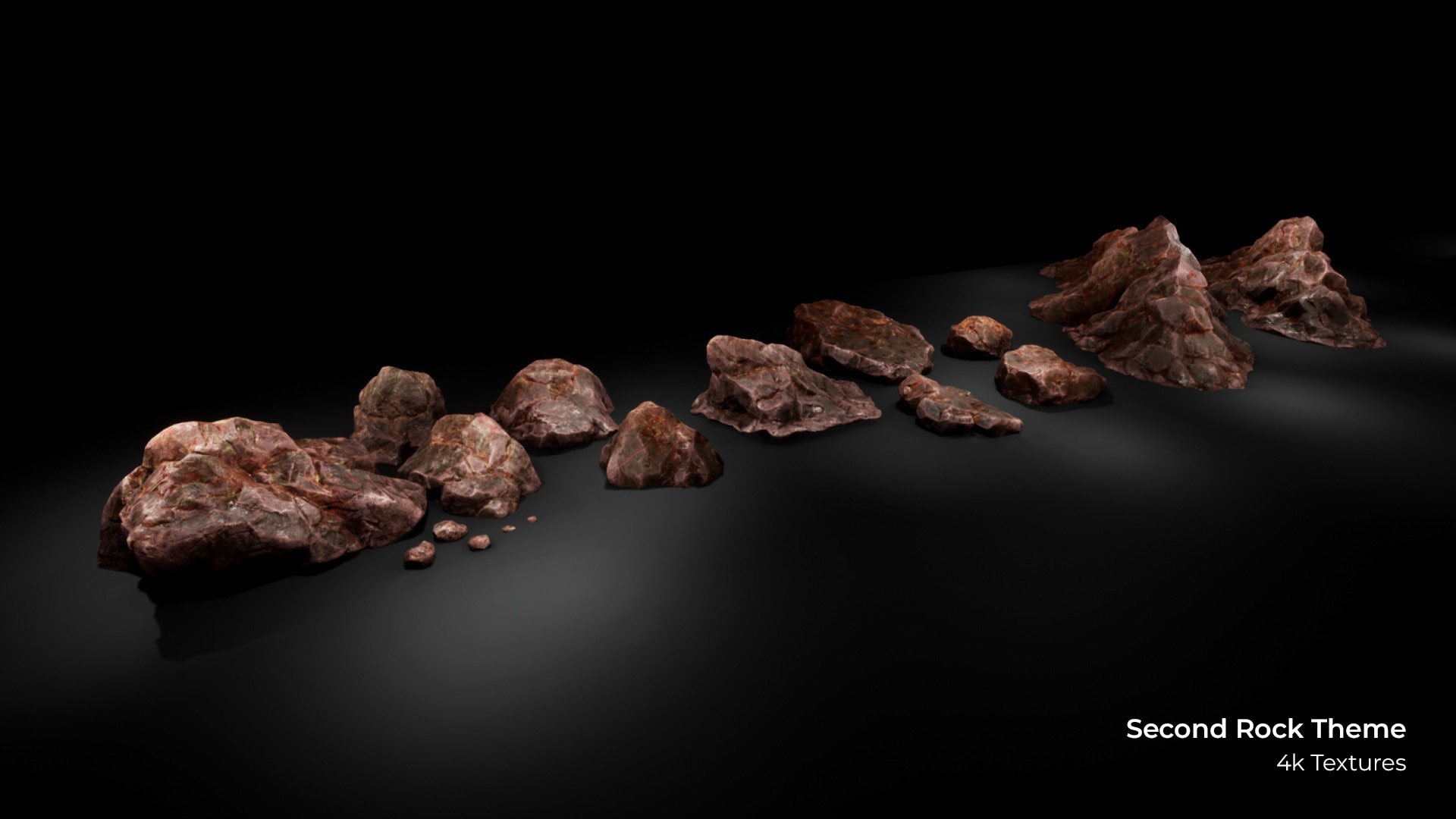 Interactive Plants, Glowing Footsteps, what more do you need! This Alien Plants pack is the real deal!

This Alien Jungle comes with TWO LEVELS! A Wet Jungle level and a Dry Grassland level!

It is game-ready, with interactive physics foliage, grass that lights up with your footsteps, particle effects and more!

A massive 36 rock meshes are included (18 for each level type). The grass is affected by distance field lighting, which makes the glow waves emanate from any rocks or plants situated on it.

The Physics Plant Spawner Blueprint is to be placed within your player pawn blueprint, and will automatically detect any of the interactive Alien plants that have been painted with Unreal's foliage tool. When an Alien ground plant is detected within the radius of this blueprint, it will automatically switch it with a Plant Physics blueprint which the player can interact with. When the player stops touching and moves too far away from the plant, it will switch back to being an instanced foliage actor, preserving your game's performance!

This pack comes with loads of footstep sound effects, which are hooked up to the Mannequin Animation Blueprint.

The Mannequin Blueprint detects the Phyical Material under the player and will play the appropriate footstep sound effect accordingly.

There are 29 Footstep sounds, which include the following themes:

The Baloon Mushroom Plants play 'boing' sounds when the player interacts with them (9 sound effects).

The Jungle Fern plas a foliage russling sound effect when the player interacts with the, (4 sound effects)

The Wet Jungle Level (named Demonstration) comes with an ambient rain sound, and 5 ambient animal call sound effects, which can be played between a random interval using the BP_AnimalCall Blueprint.

All Textures have been provided at a minimum of 4096x4096 resolution, just in case you require this environment for film.

However, the texture resolution settings come pre-modified so that they are set to the lowest reasonable setting while providing a high level of detail. Most of them are set to 2048 or lower. Materials come with an added layer of Tiled Detail to provide the illusion of extremely-high resolution textures, while providing high performance. The Demo and Video preview have this setting applied so that you can gague the framerates you can achieve with this environment.

Please check out my Additional Alien Planet Environments if you like this one!

Collision: Yes, automatically generated, for all meshes but two. The Two largest trees are per-poly

Number of Materials and Material Instances: 82 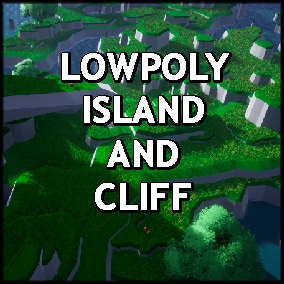 Lowpoly Island and Cliff
WildFoxInt
New!
Not Yet Rated
$19.99 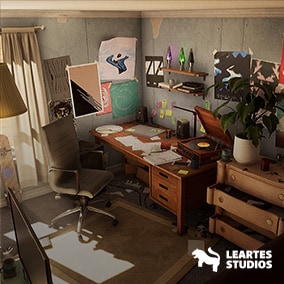 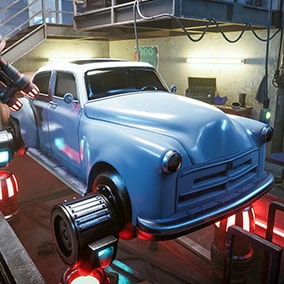 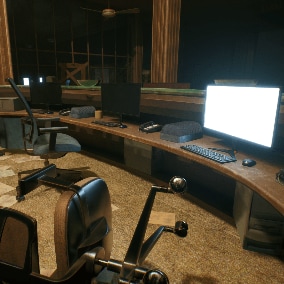 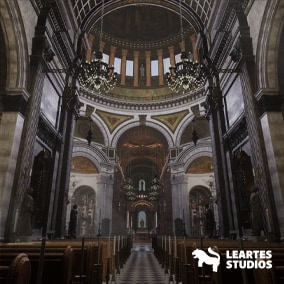