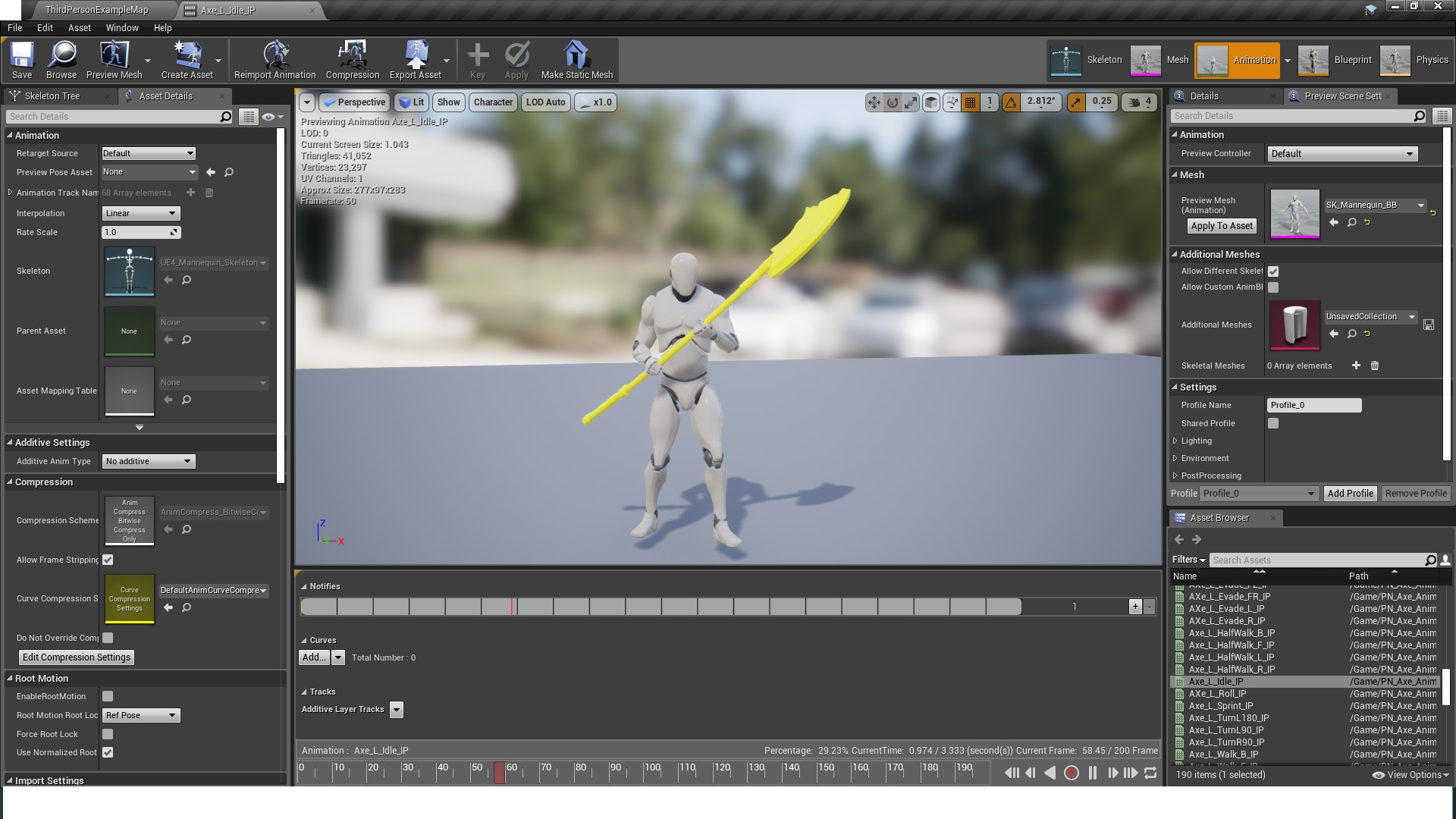 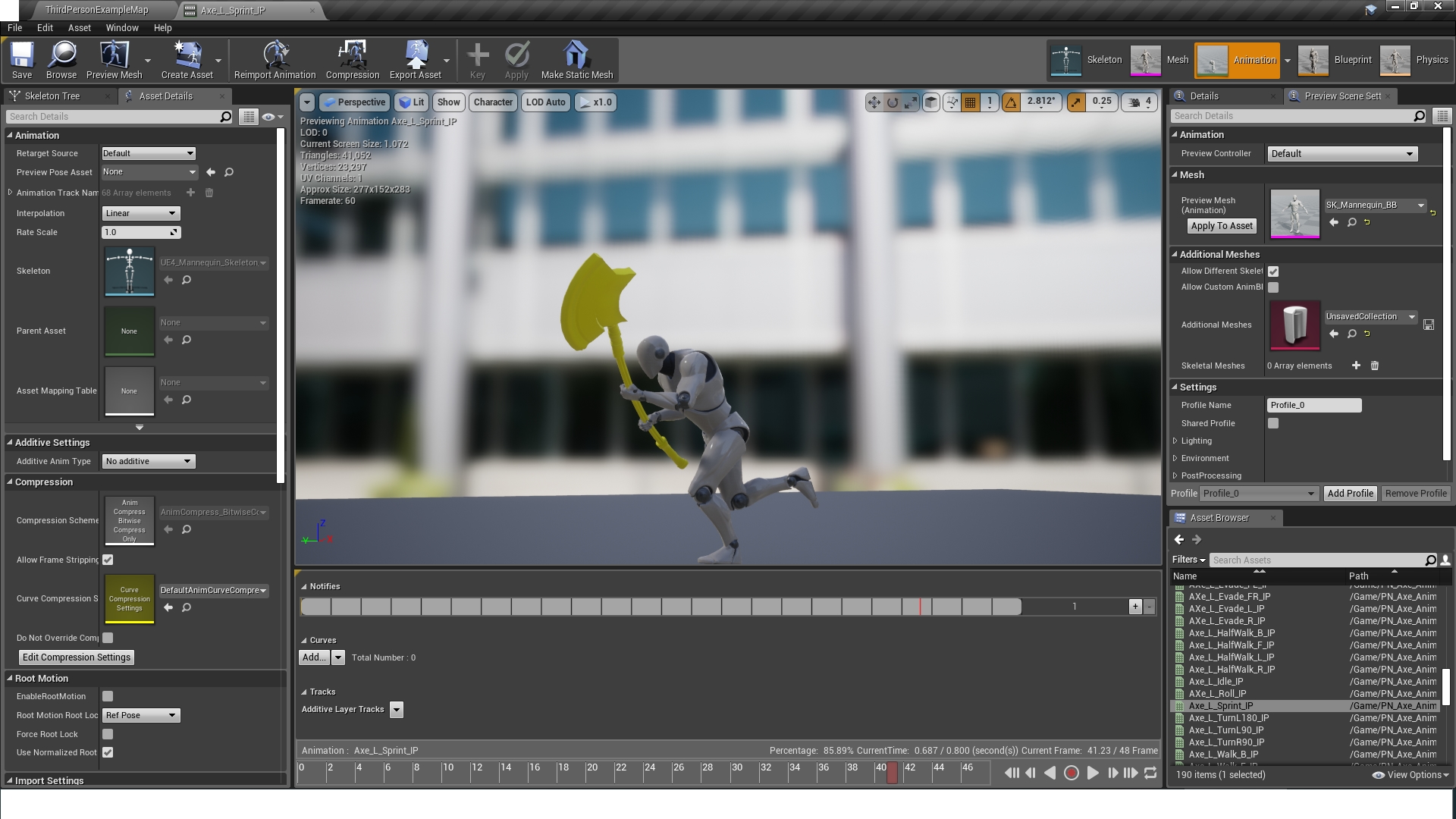 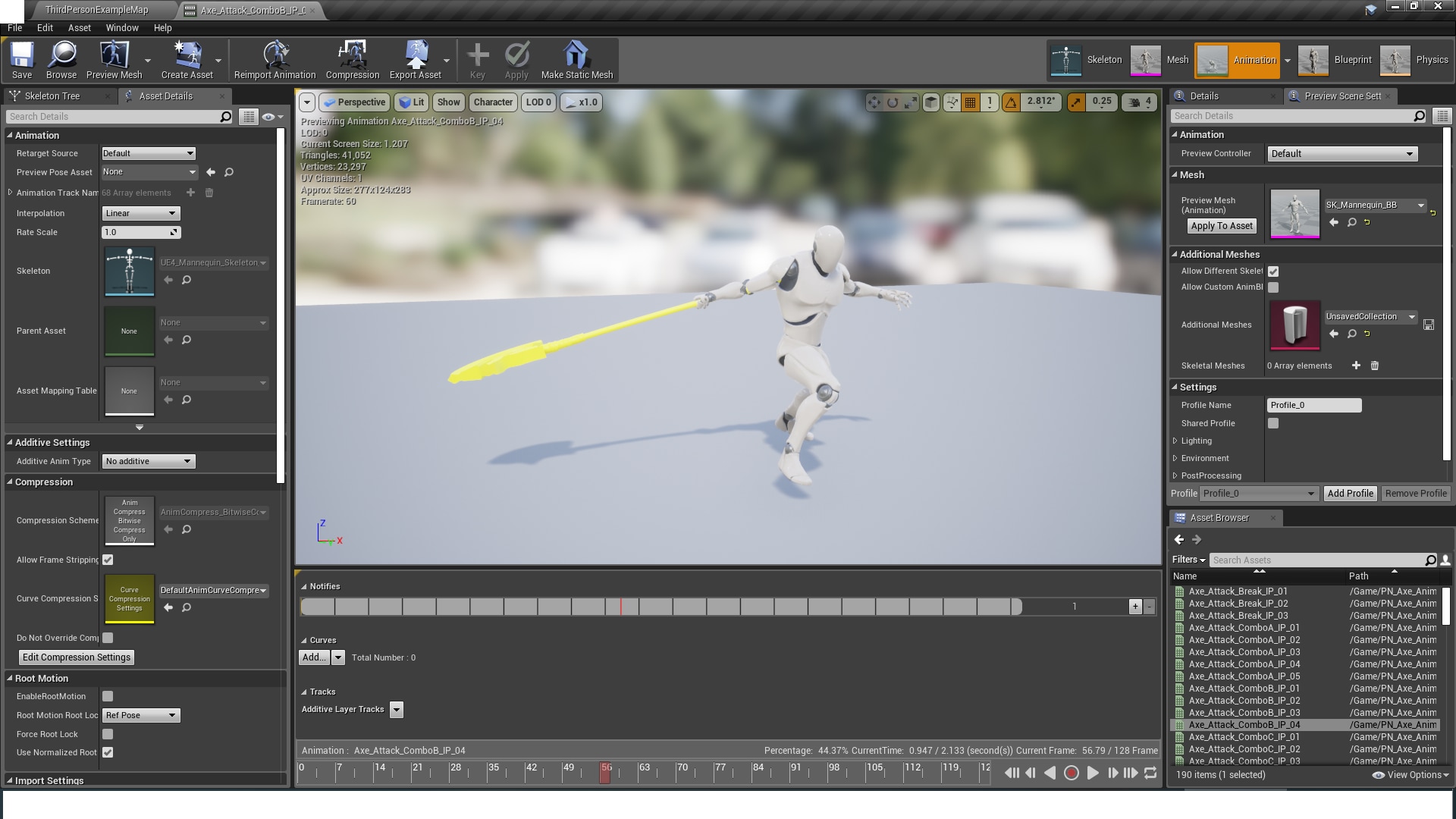 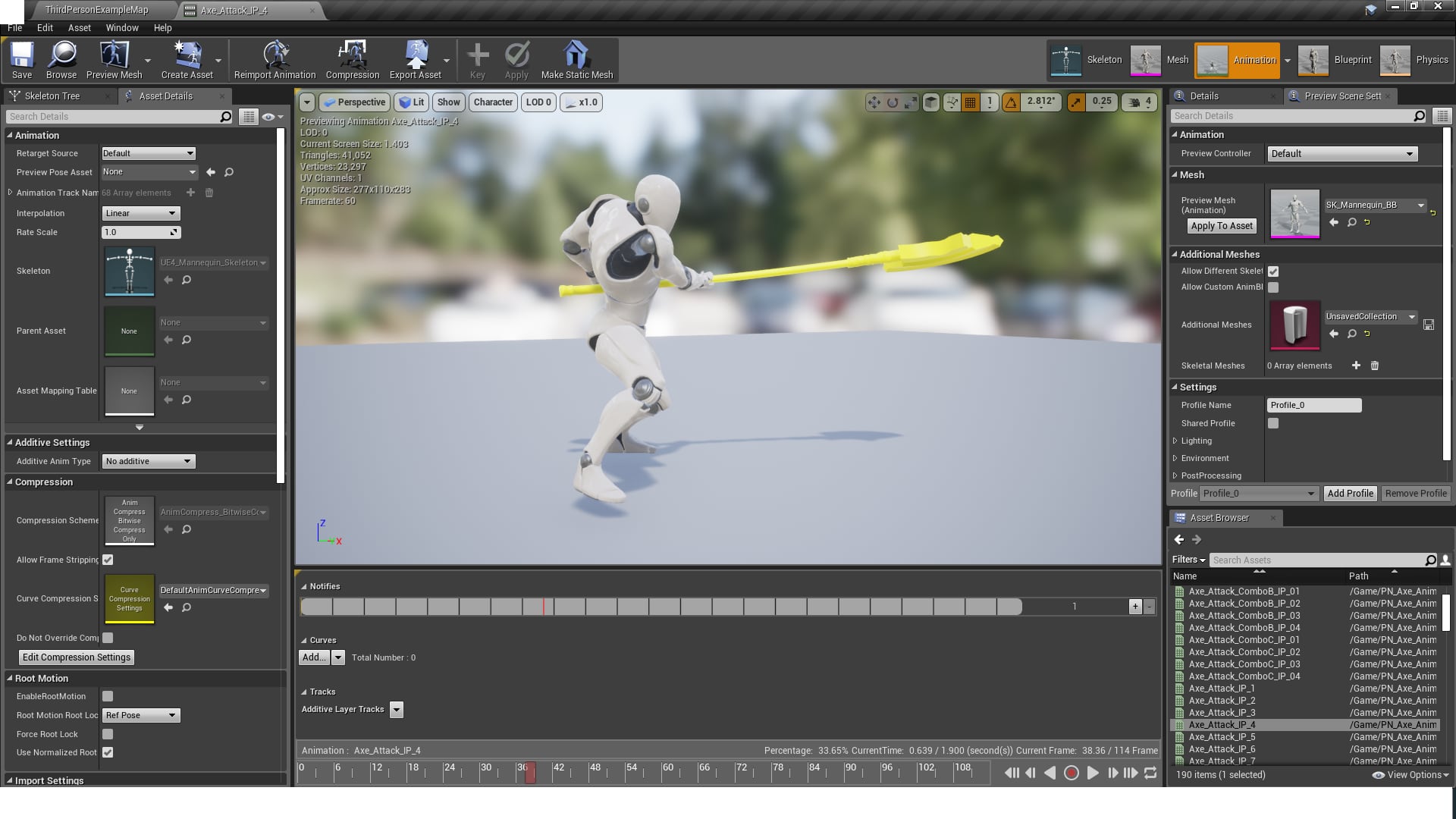 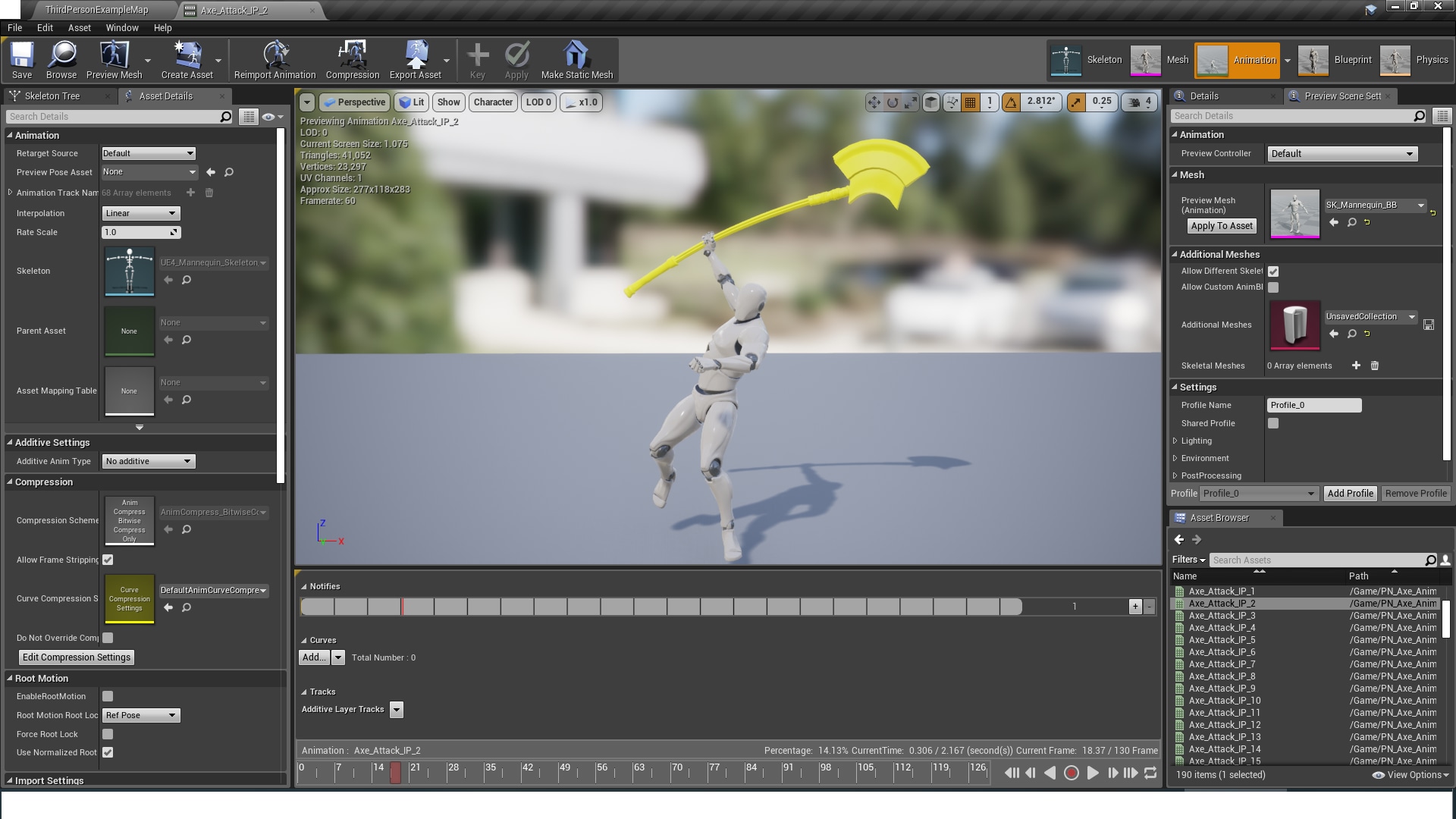 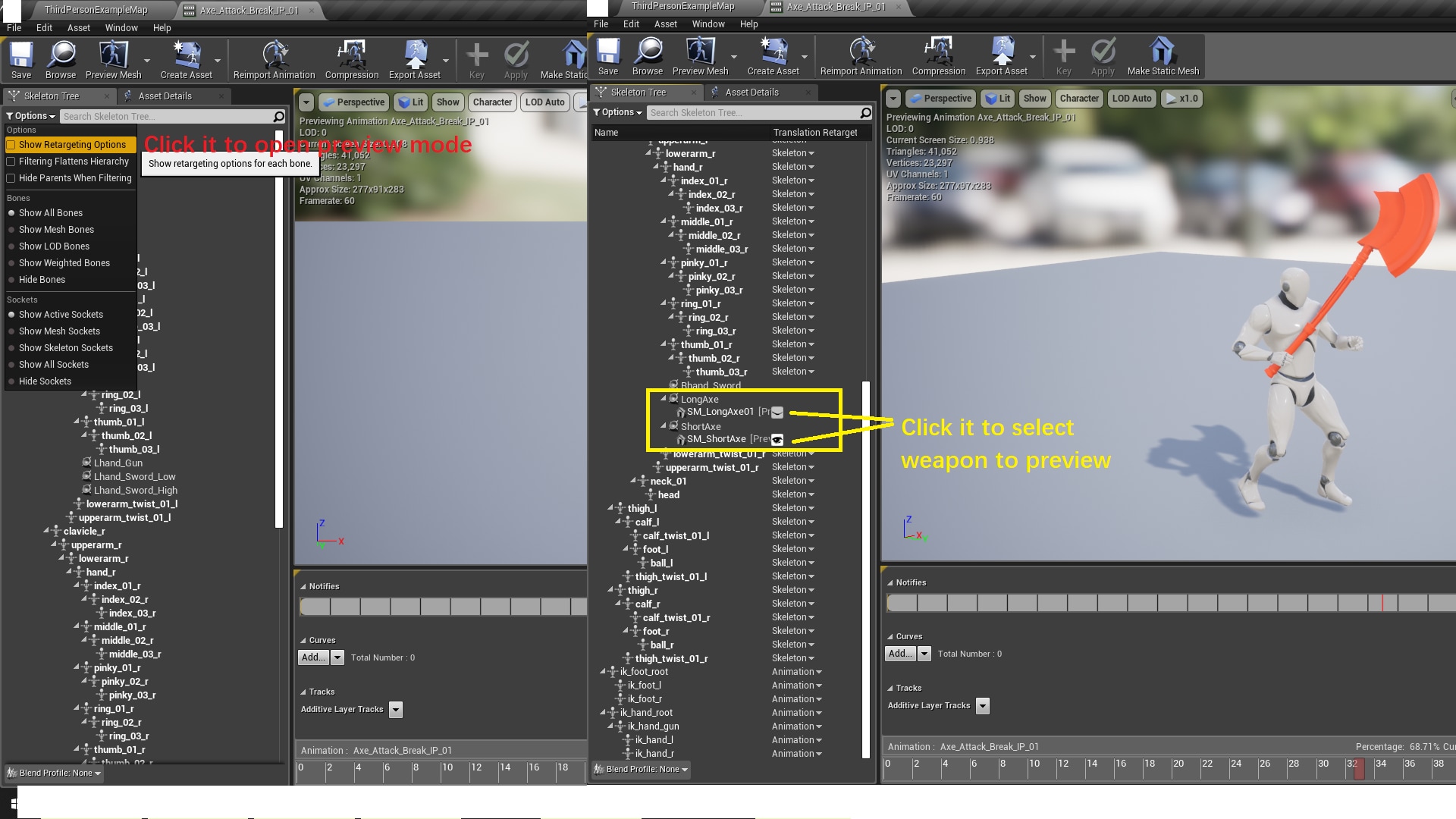 A set of axe animations

If rigged to the Epic skeleton, IK bones are included: (Yes)

1.This pack contains 2 kinds of weapon, one is long axe, one is short axe.You should preview animation by the way I shown at the last picture of the product page.

2. For long axe, the character use 2 hands to weild it, so under some circumstances, For example, the bone ratio between the two characters is too different, it performs that the character might not use the 2 hands to catch the hand shank of the axe quite well, so you should write some ik nodes in its AnimBP, or add an additional bone under Bone_Hand then manully adjust the bone transform to take with this problem. In most cases, you won't encounter this problem,but I think it's worth mentioning.

3.A high resolution axe model will be added later on in this pack that fit with the animation pack, it would need 1-3 months. 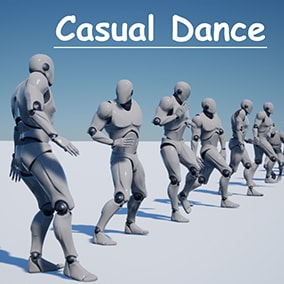 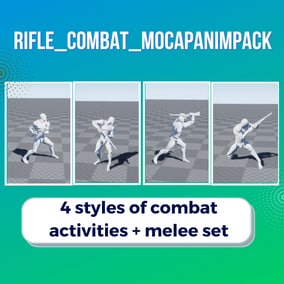 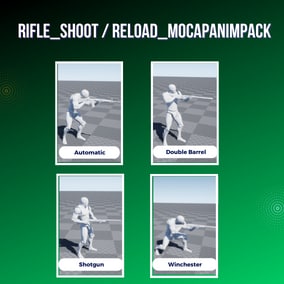 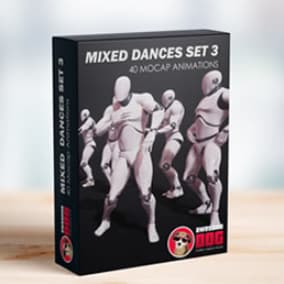 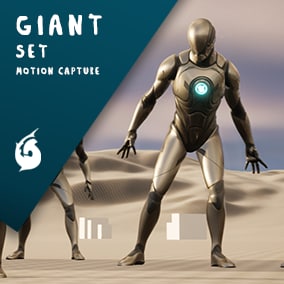