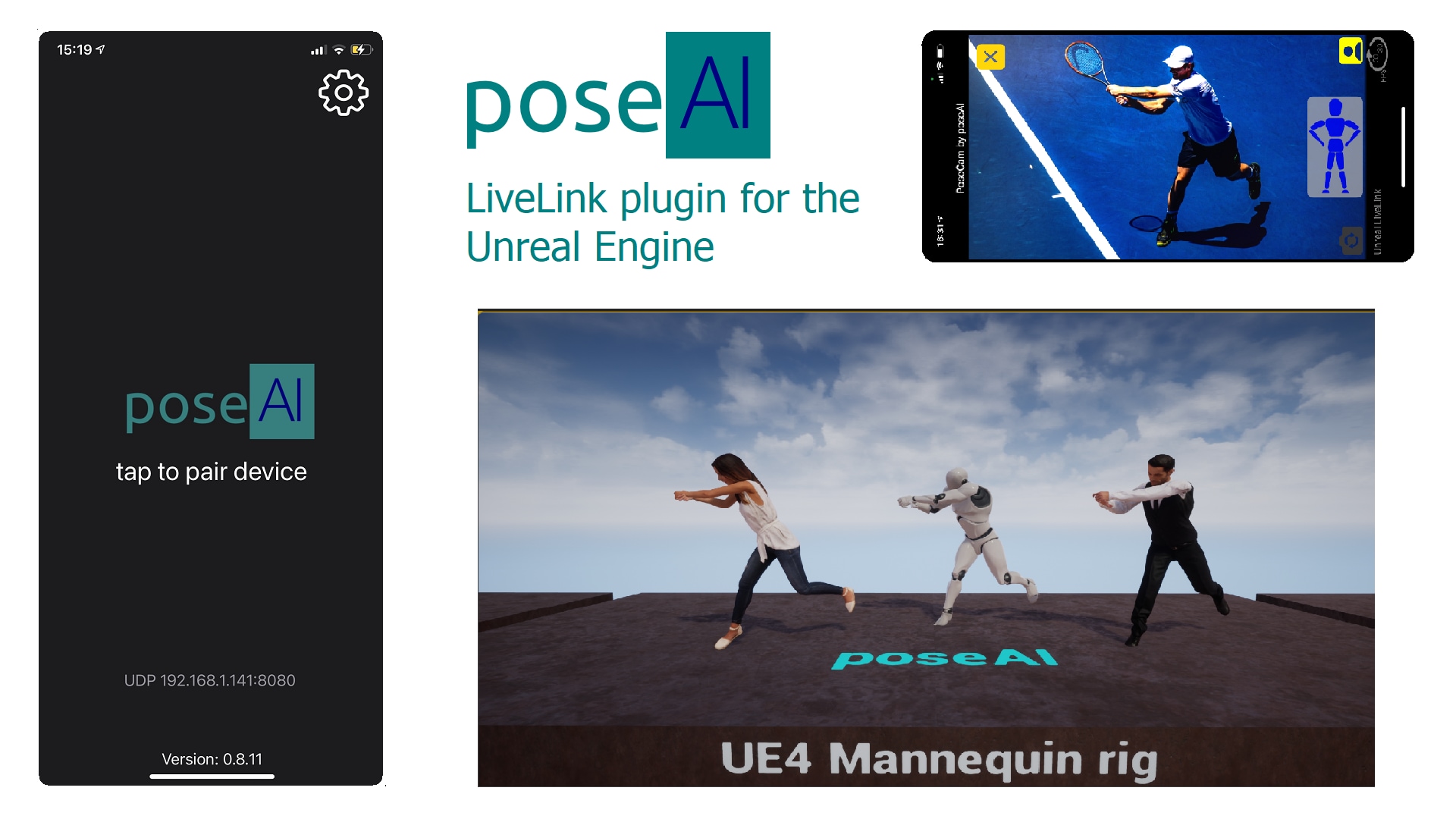 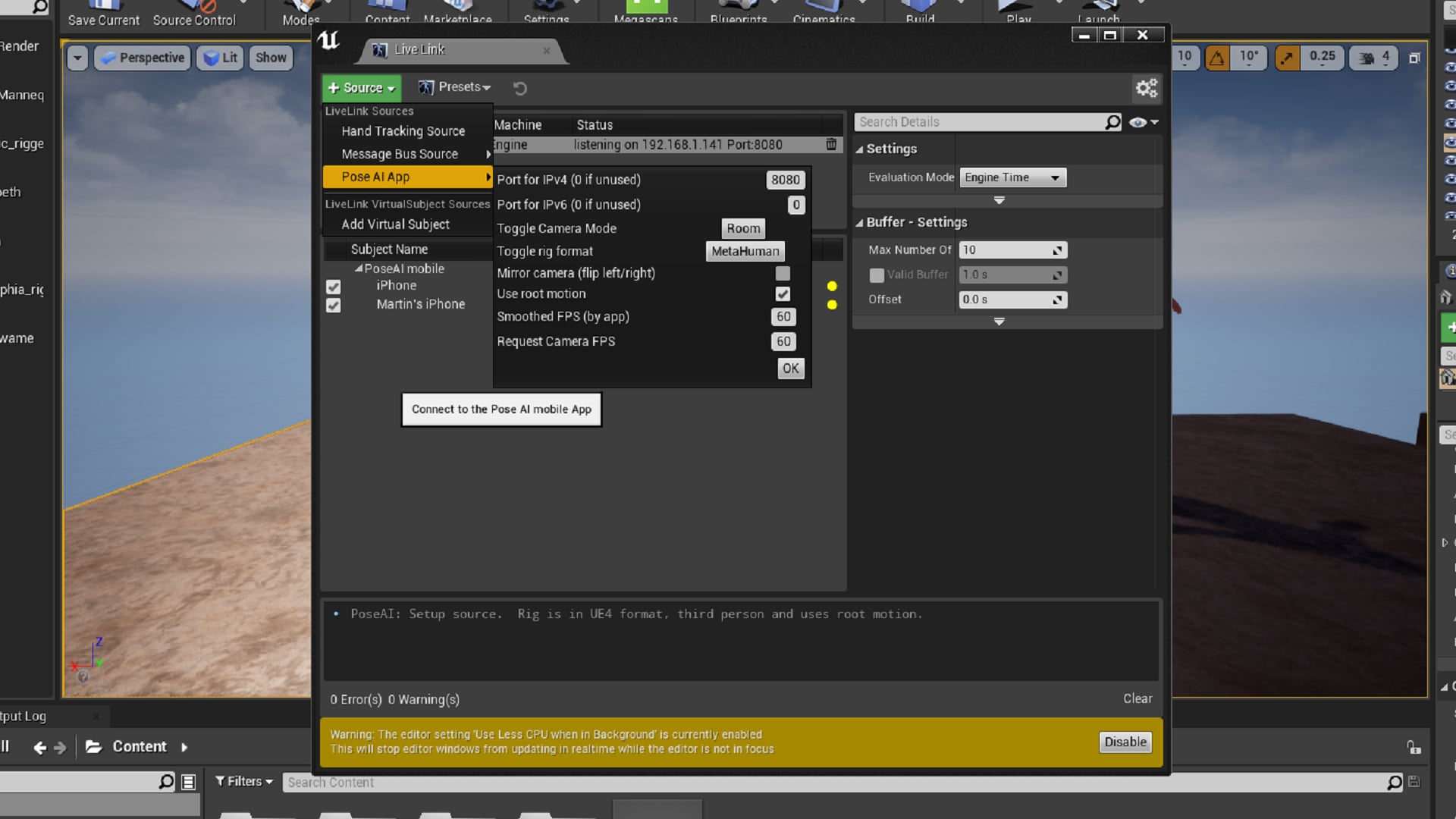 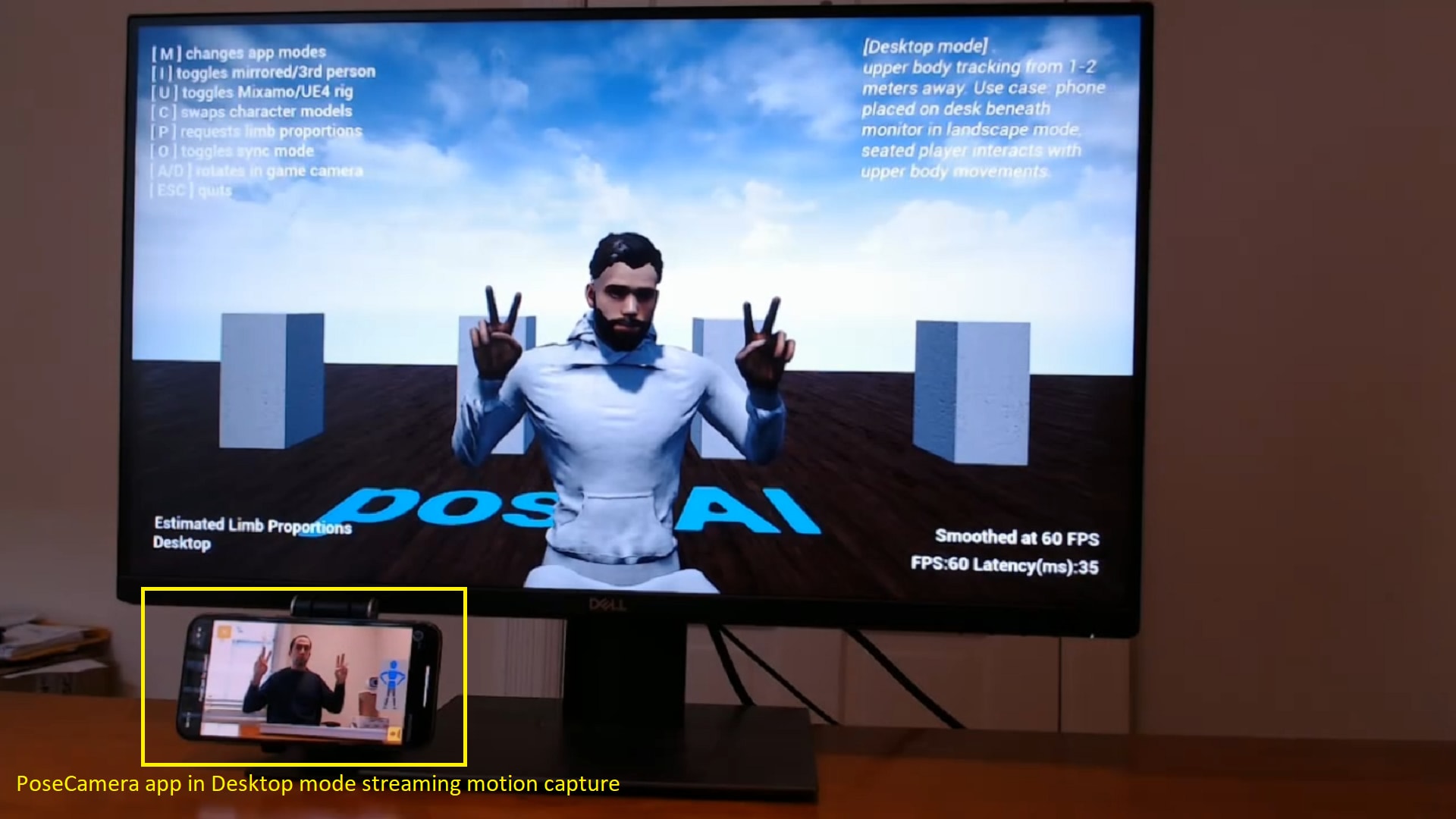 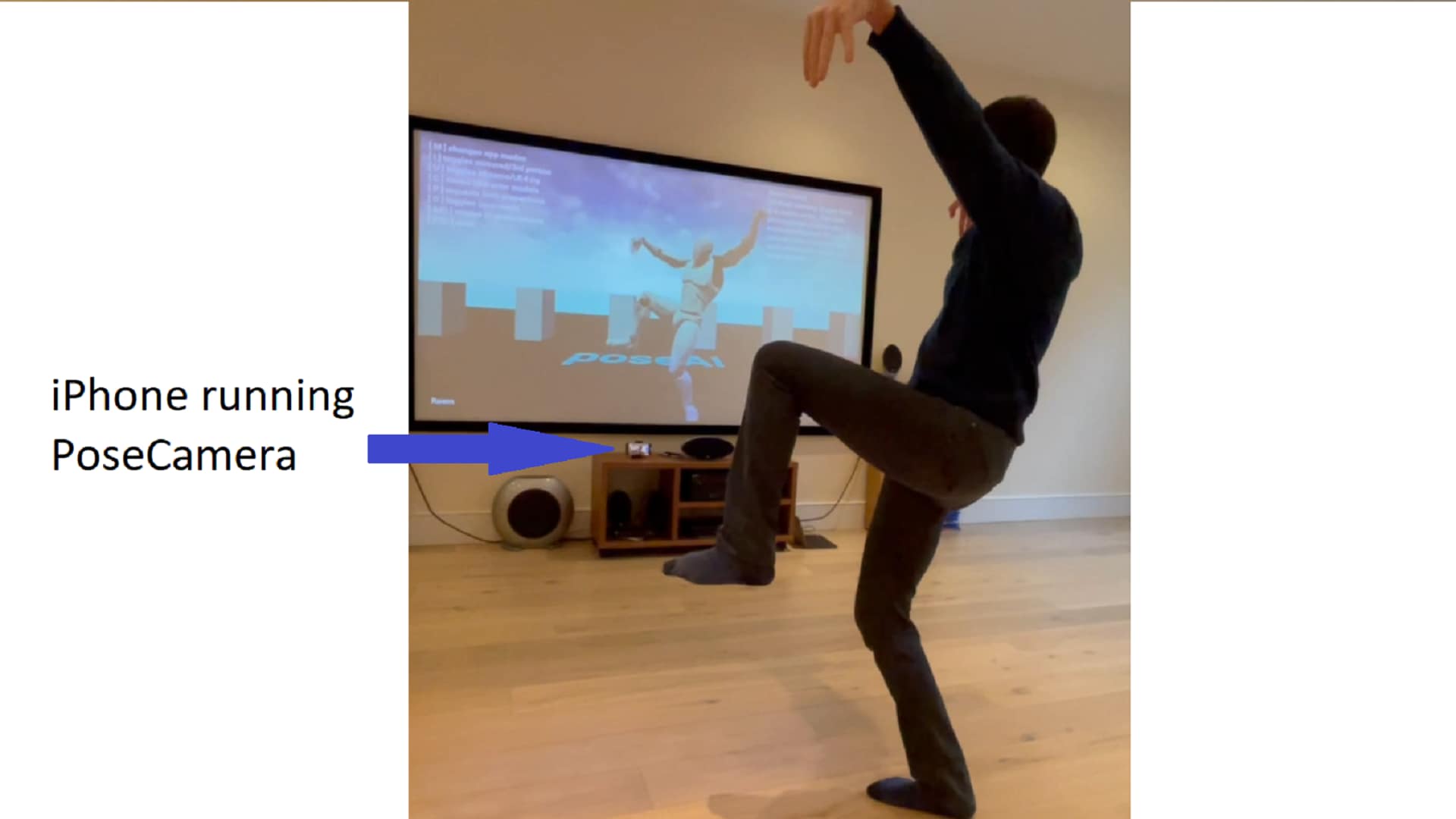 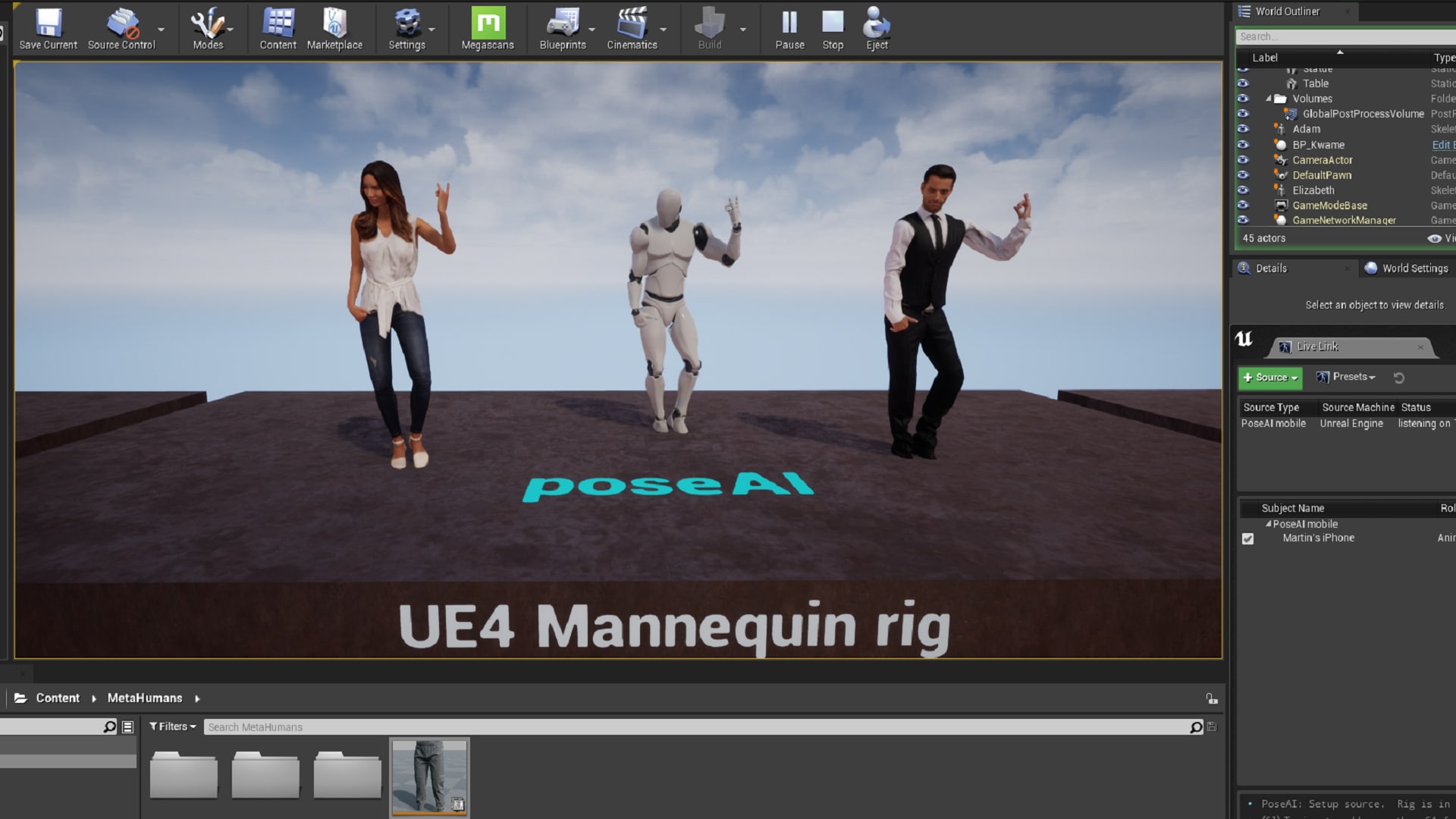 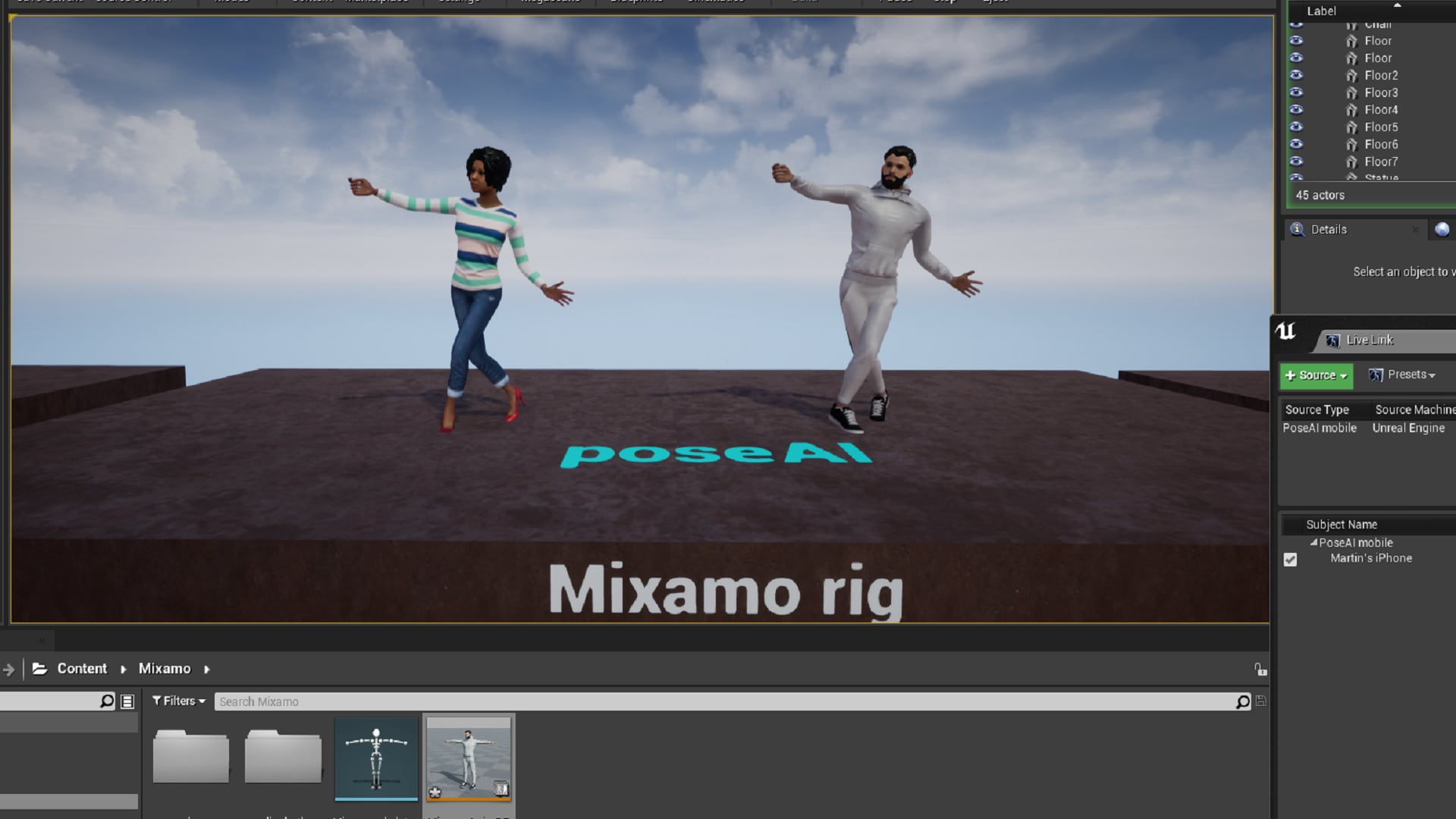 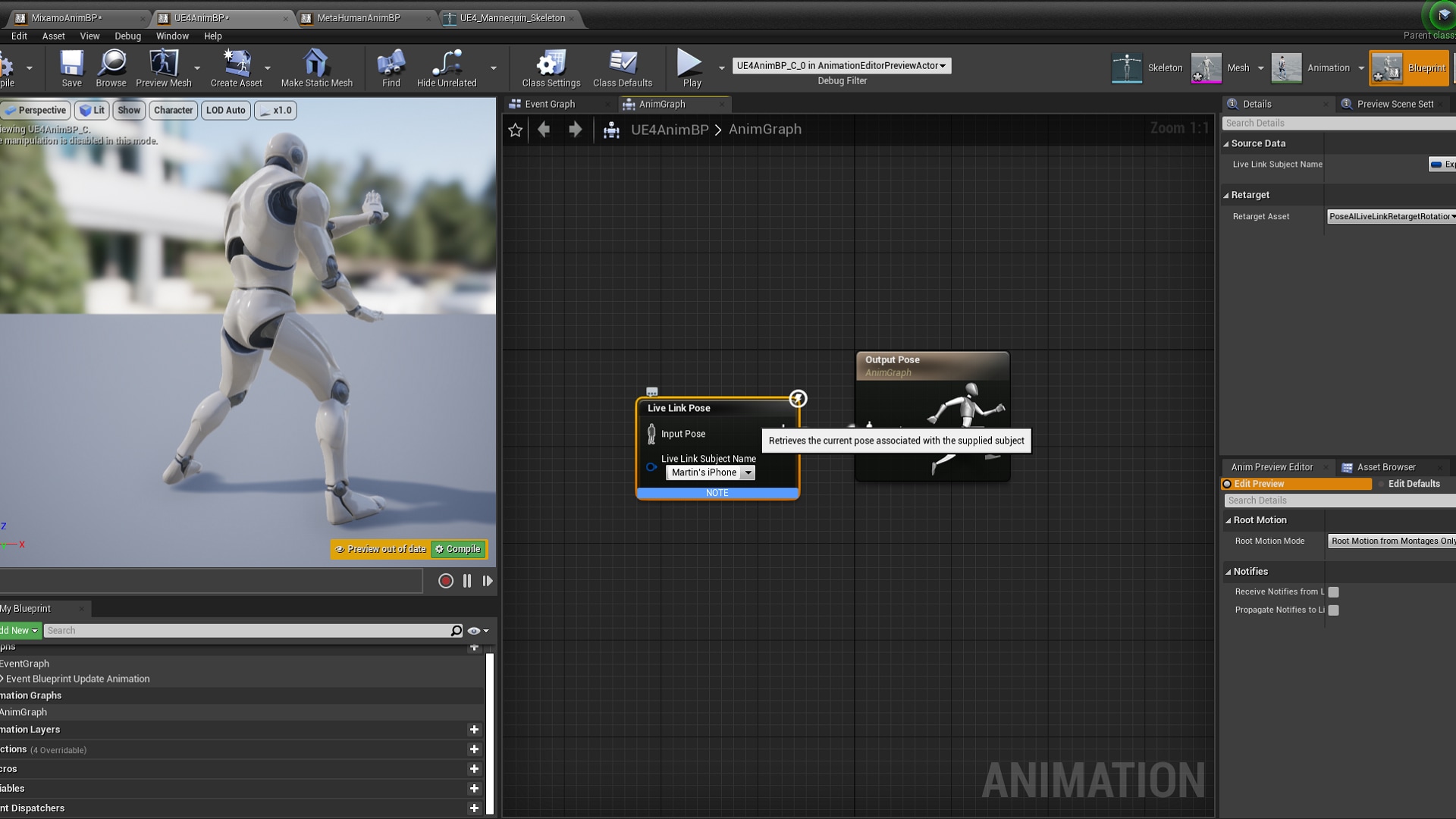 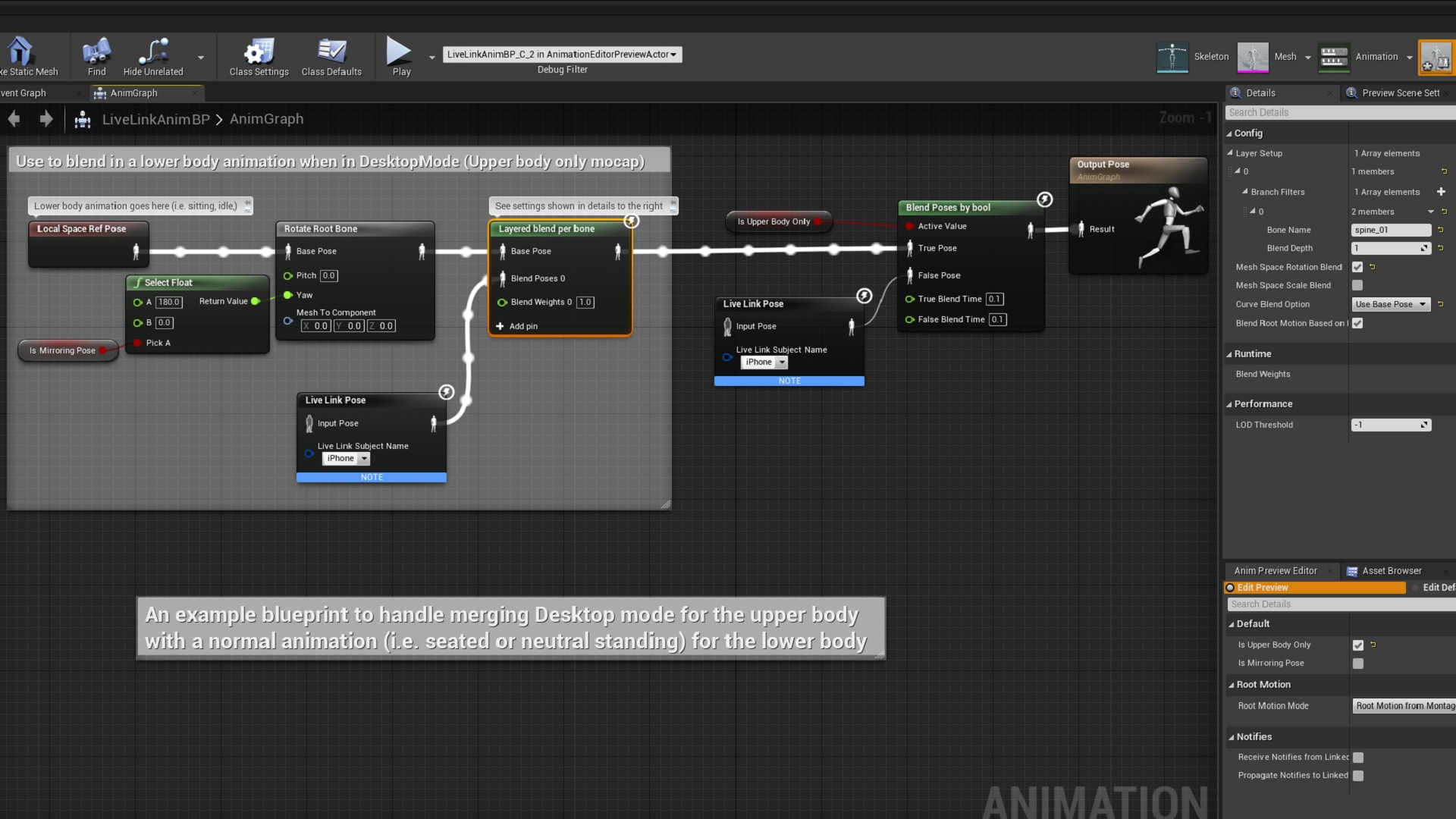 This plugin adds a LiveLink source for connecting with Pose Camera, our full body motion capture app developed for mobile devices. This allows you to use your phone to capture and stream live, low-latency animation data into the Unreal Engine. With a single node in your animation blueprint LiveLink allows you to take an incoming stream and animate rigged characters.

Pair your phone and record animations using Unreal's tools or use motion input from players to generate exciting new gameplay.

In order to effectively use this software you need the Pose Cam app installed on your phone. The app is now available on the iOS App Store. There is a free trial period and then a subscription is required. We recommend an iPhone 8 or later (ideally an Iphone XR/XS or later), or a recent IPad (A12 chipset or better). We hope to release a version for Android in the future.

No meshes, characters or content included in the plugin. Meshes used in project gallery are available from third parties on the Unreal Marketplace.

Keep abreast of other changes in our GitHub changelog file

To upgrade to the latest version of the plugin, click under your Engine Version from the Epic Games Unreal launcher, where it says "Installed Plugins!", and then click update next to our plugin. 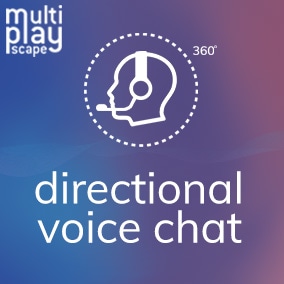 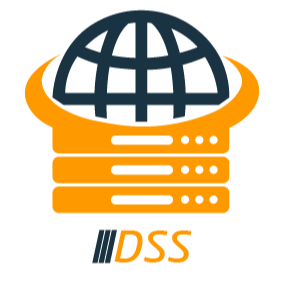 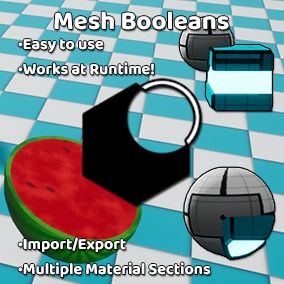 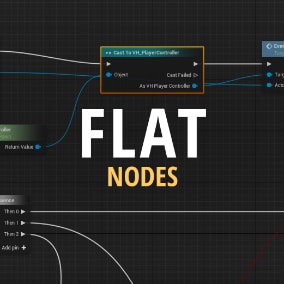