The Ultimate Fire Pack by ActionVFX and Undertone FX, Inc.

ActionVFX has filmed some of the best fire stock footage in the industry that have been seen in innumerable films, television shows and commercials.

Now, in partnership from the Real Time experts at Undertone FX, Inc. we bring this footage to Unreal Engine. All textures have been prepped in 4K seamless loops, and have had particle systems, materials and blueprints setup so that you get the best looking real time fire ever to have graced a video game engine, with drag and drop ease of use.

Tons of parameters have been exposed to the Niagara versions of the particles via blueprint so that you can quickly and easily customize every single placed fire, from the wind, to smoke, embers, spawn rates. Whether or not you have any experience in FX, these fires should be accessible.

Whether your are doing Virtual Production, are a game designer, an environment artist or a seasoned real time vfx artist, this pack is aimed to be usable by you.

All primary textures have been authored with optical Flow based motion vector textures, so that if your game needs to support slow motion or time dilation, the fires will beautifully interpolate.

The pack's primary fire textures have 4 sizes (tiny, small, medium, large), each with four variants. The Niagara systems are setup to allow each fire to randomize between the 4 variants, or you can set which one you want explicitly, so if you are grouping fires near one another, you can explicitly specify the exact texture spread so that you avoid repeating patterns.

54 custom parameters have been connected between the Blueprints and the Niagara versions of the systems, so that every placed instance can be made unique to avoid repeating patterns. You can vary the presence of the light, distortion, ambient embers, bursting embers and wind. You can set, via the blueprints the density, speed, brightness, scale, turbulence and many more parameters to customize each placed fire instance.

View how Corridor Digital used this pack in their D&D show, Son of a Dungeon

Type of Emitters: Niagara and Cascade versions including CPU and GPU emitters.

Important/Additional Notes: This pack comes with support. We are happy to update the setup, add material variants or fix any bugs you find. Please stay in touch with us and make suggestions if anything isn't working as you expect, and we will aim to be responsive and get updates pushed regularly! 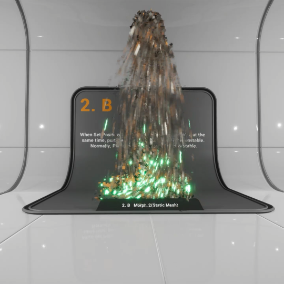 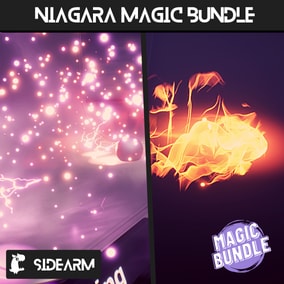 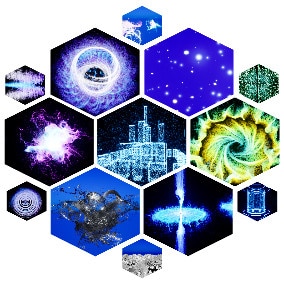 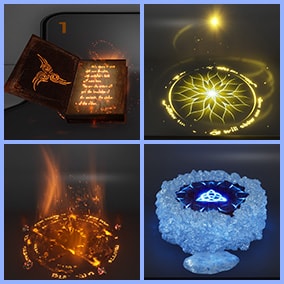