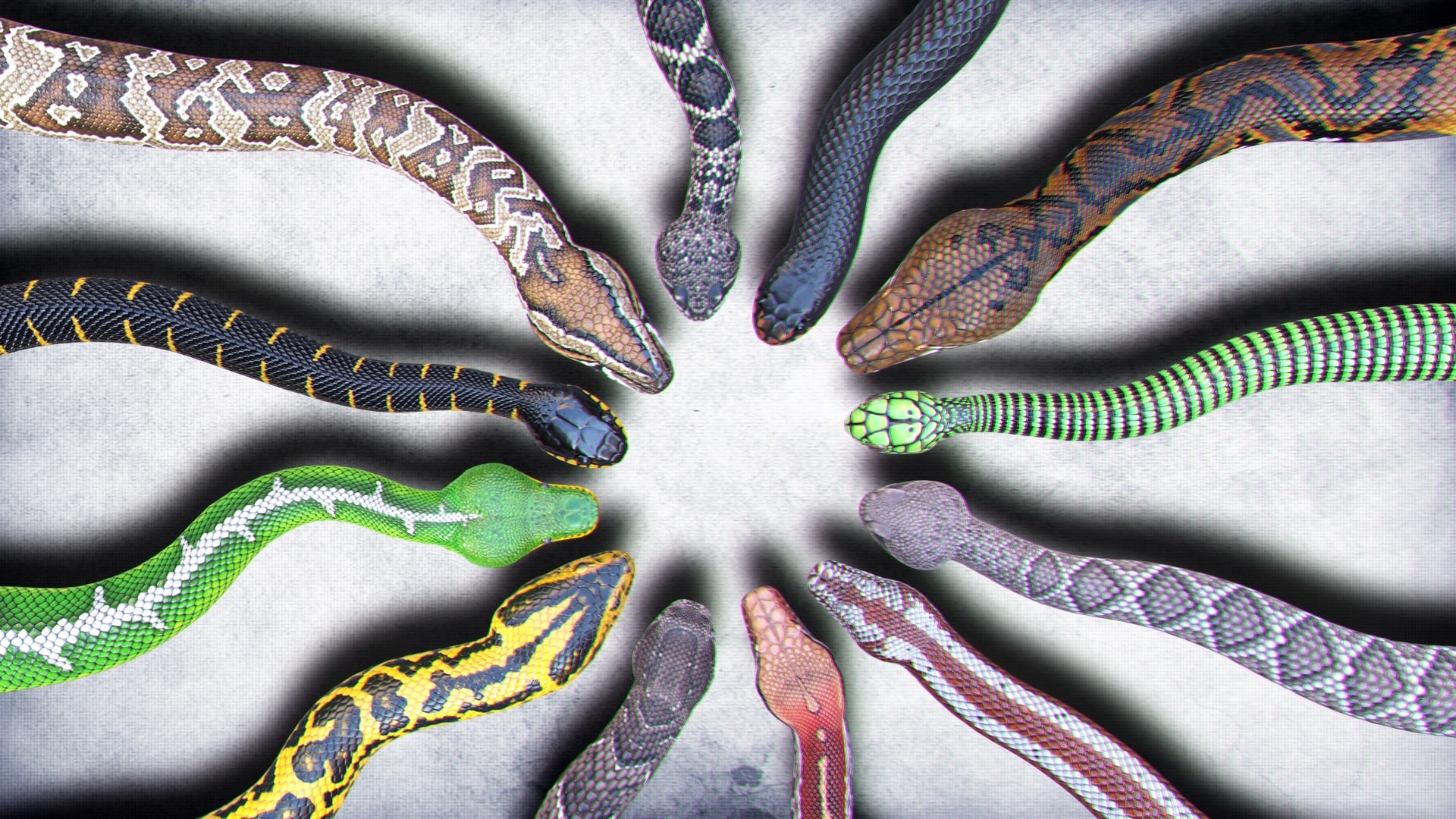 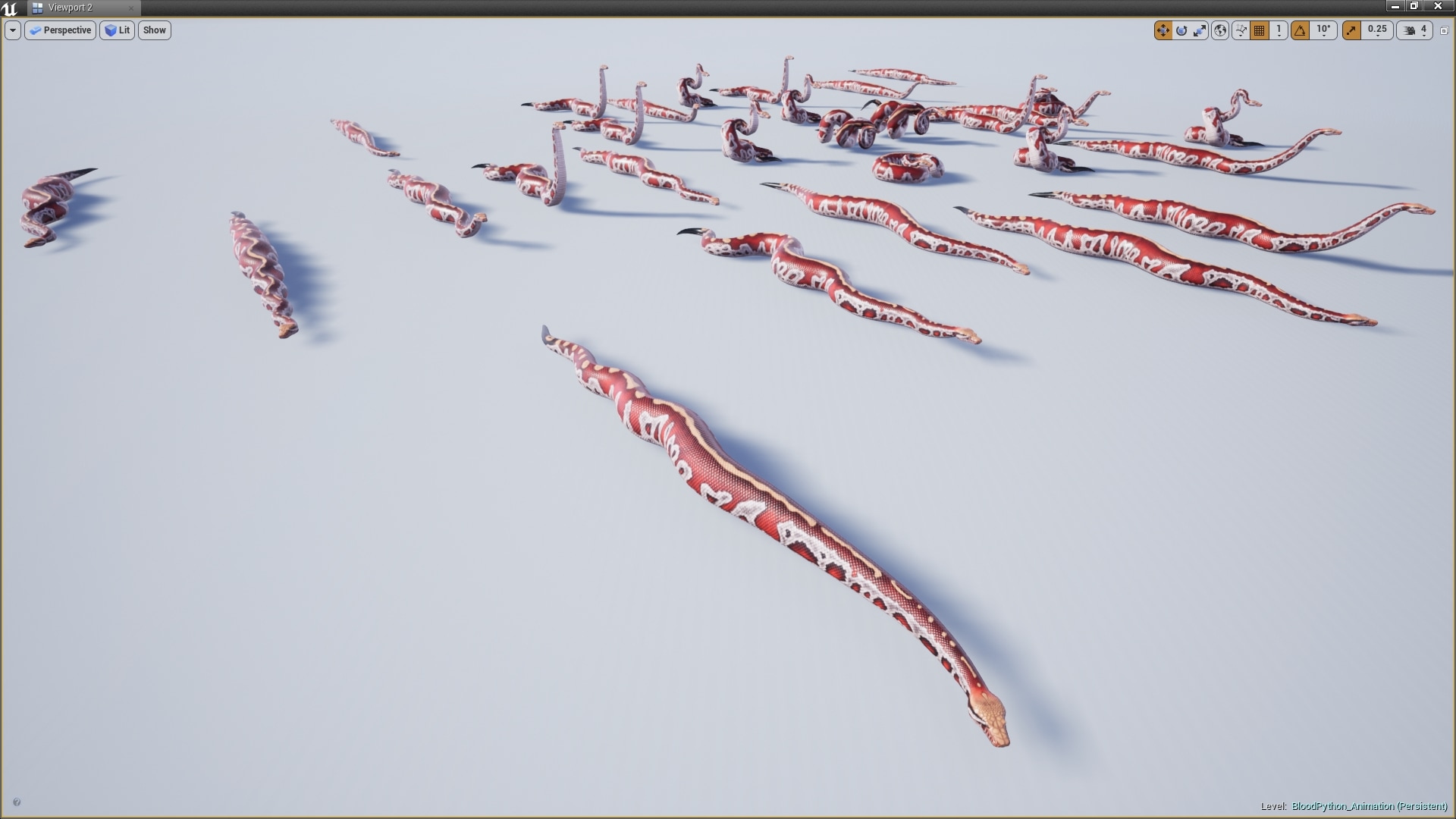 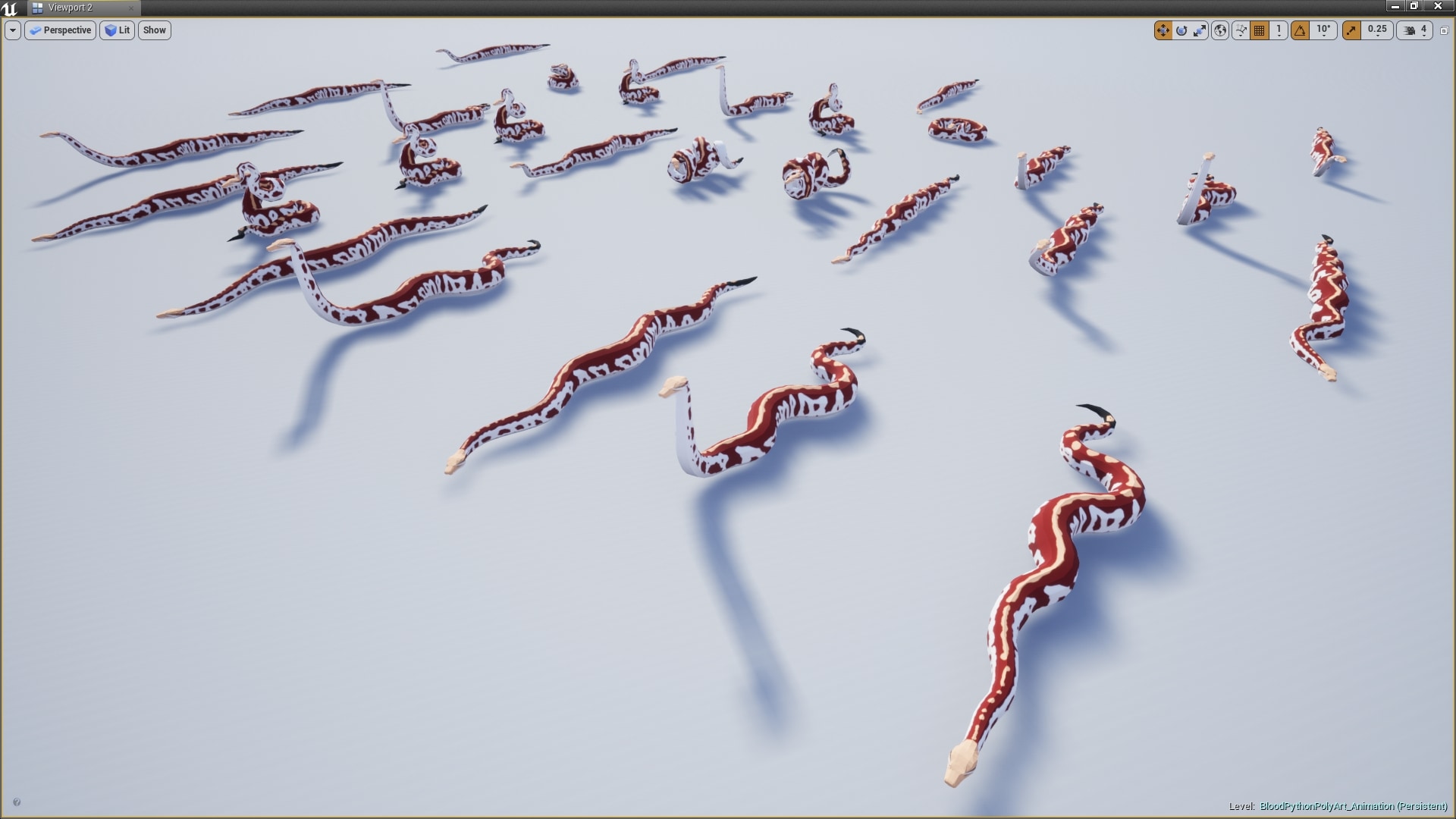 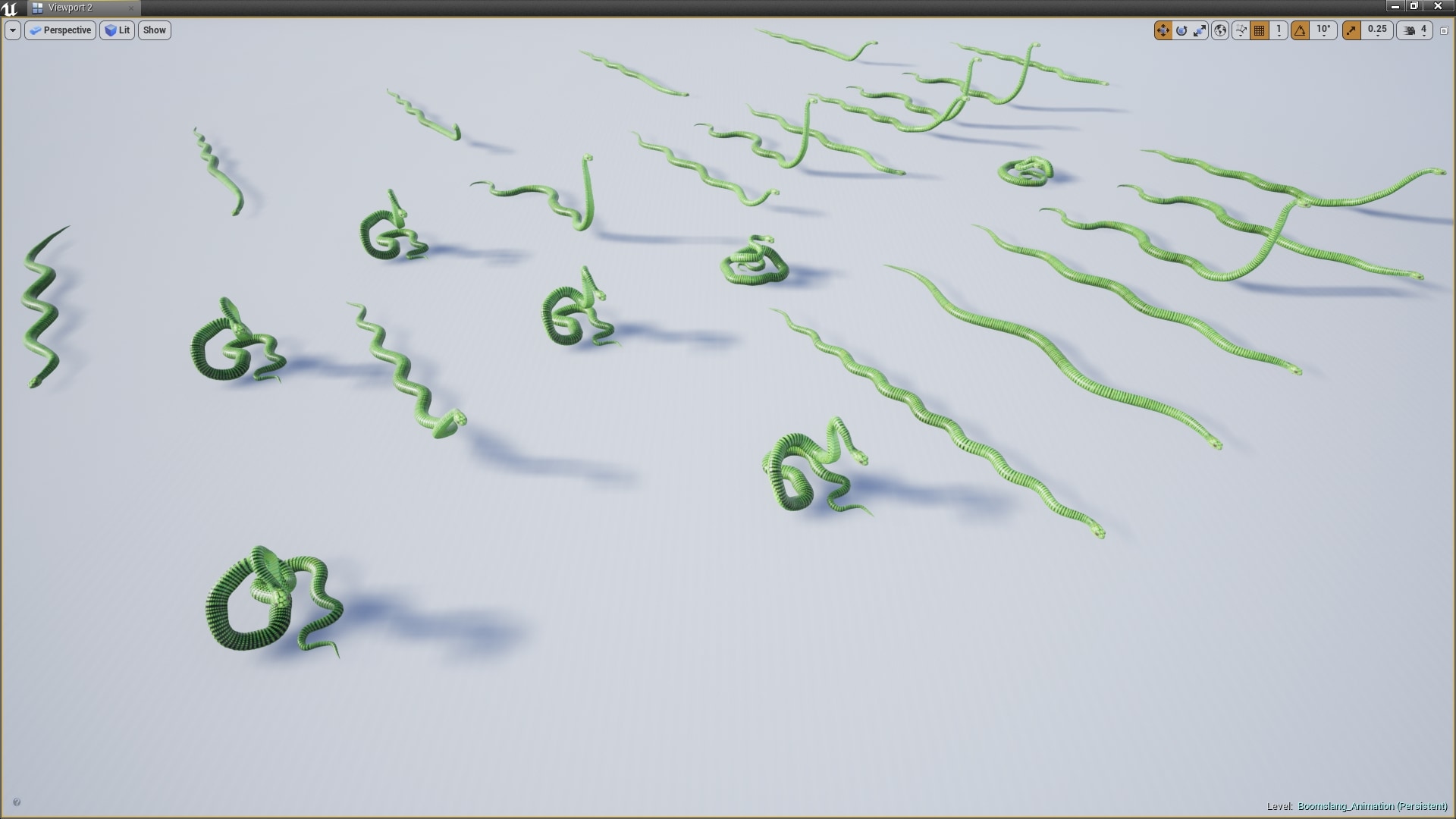 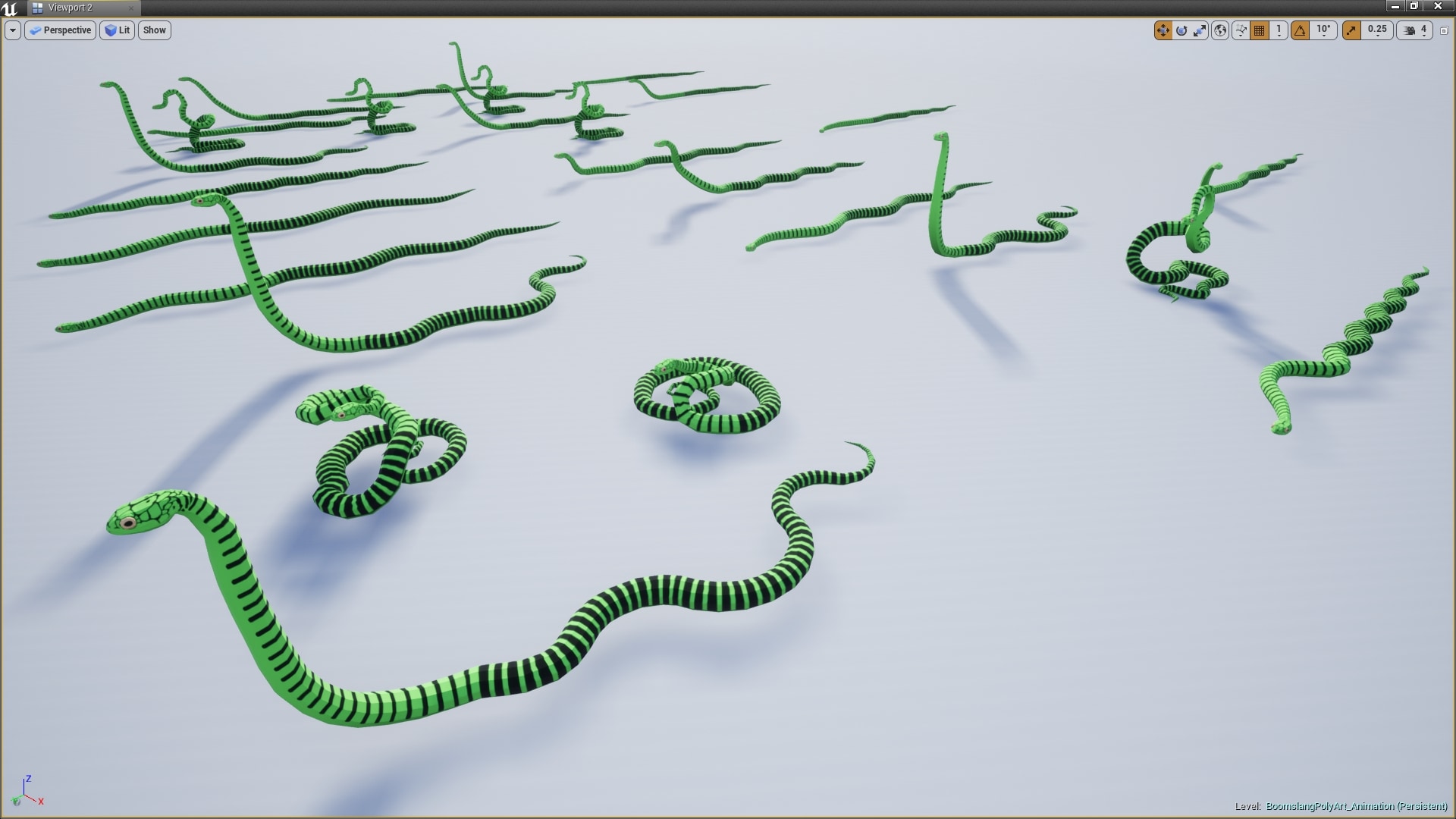 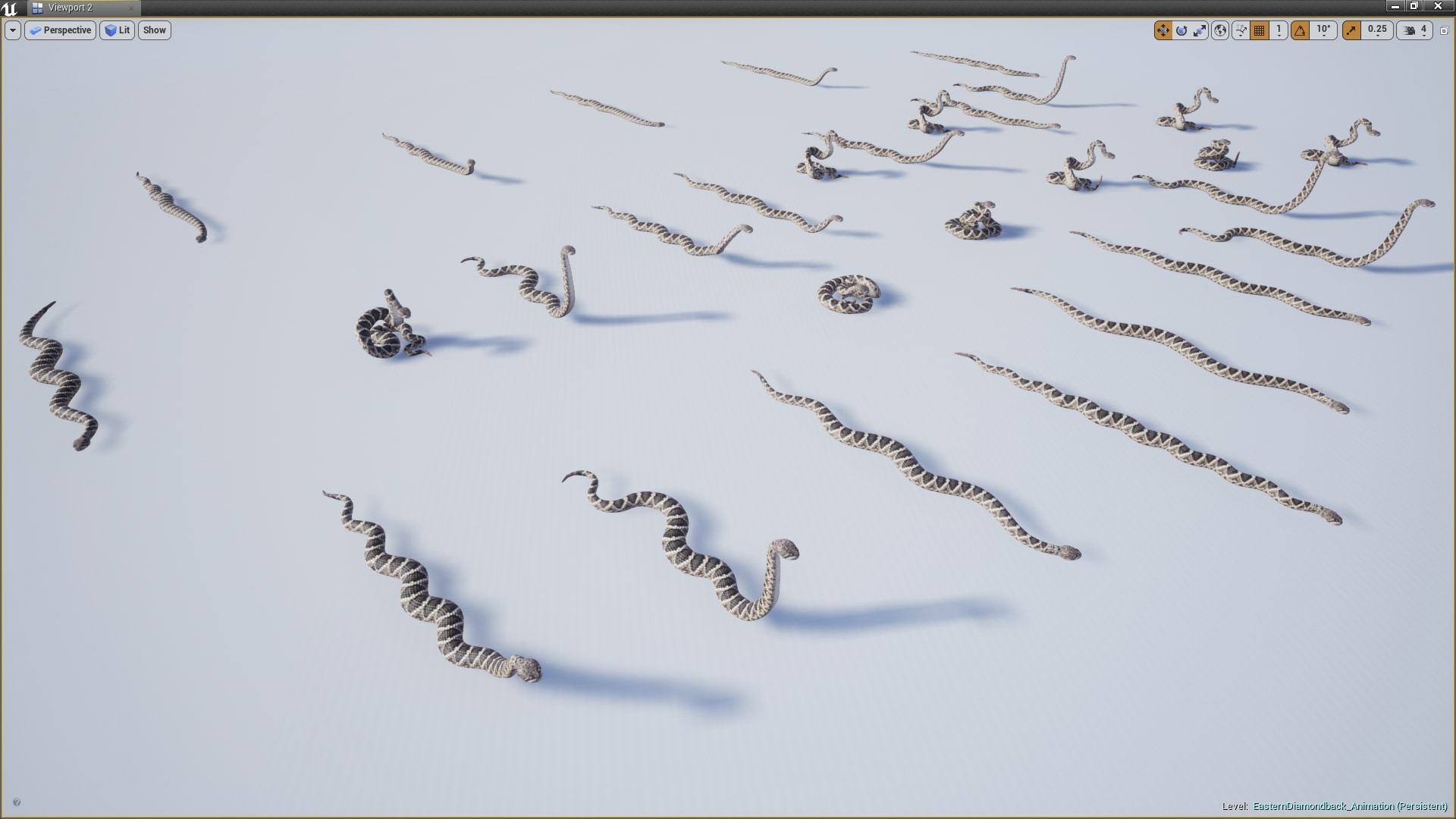 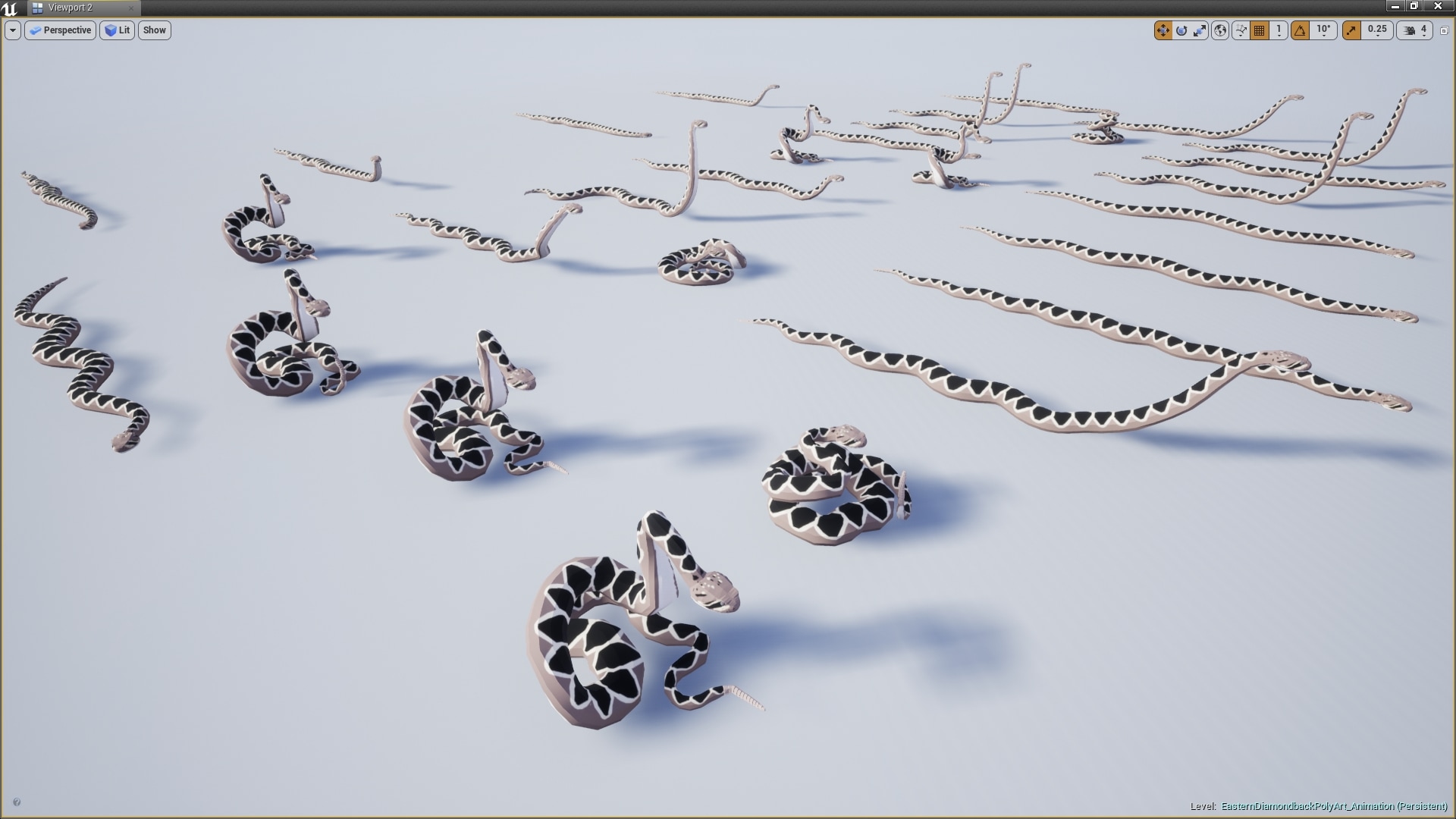 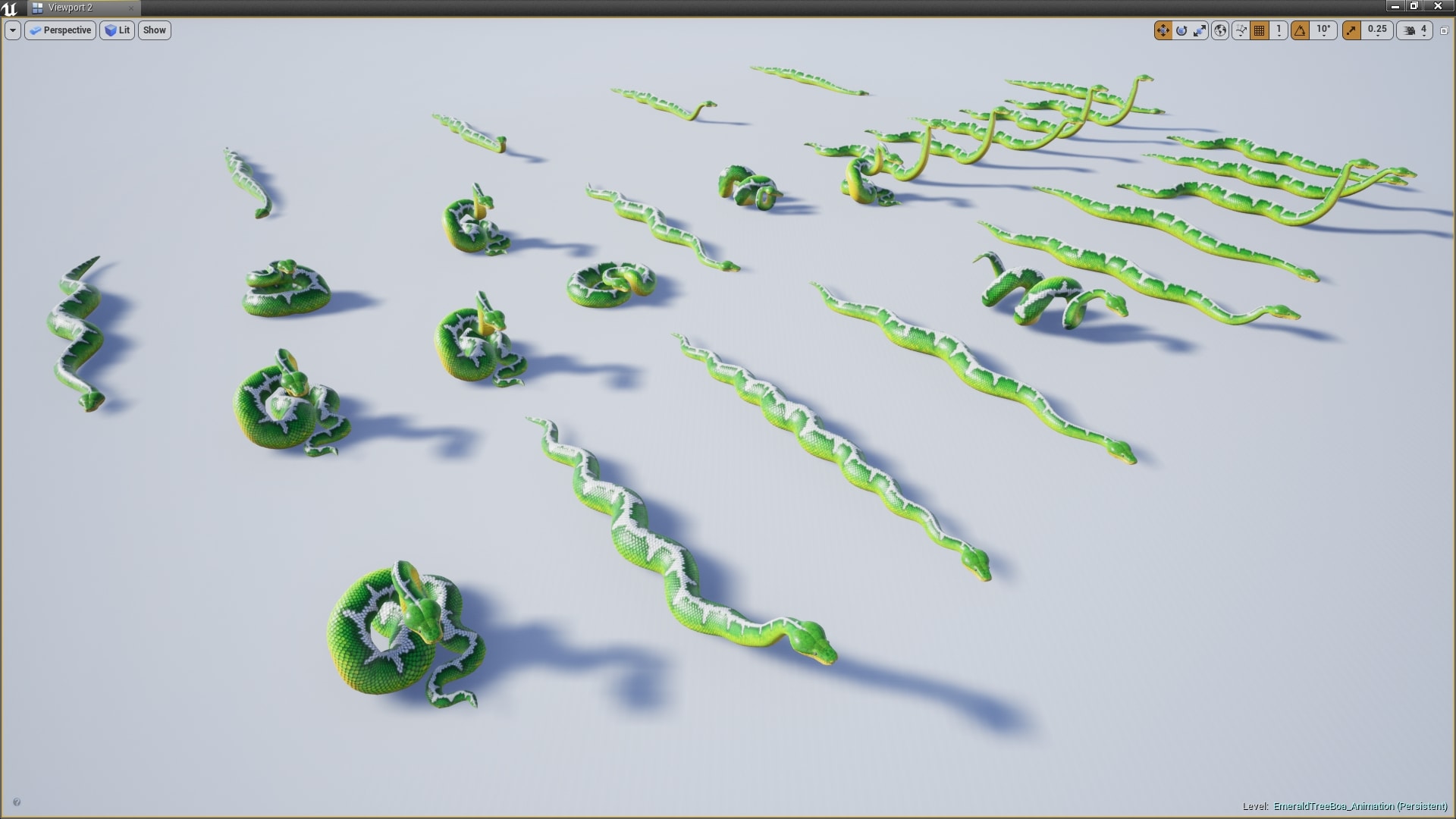 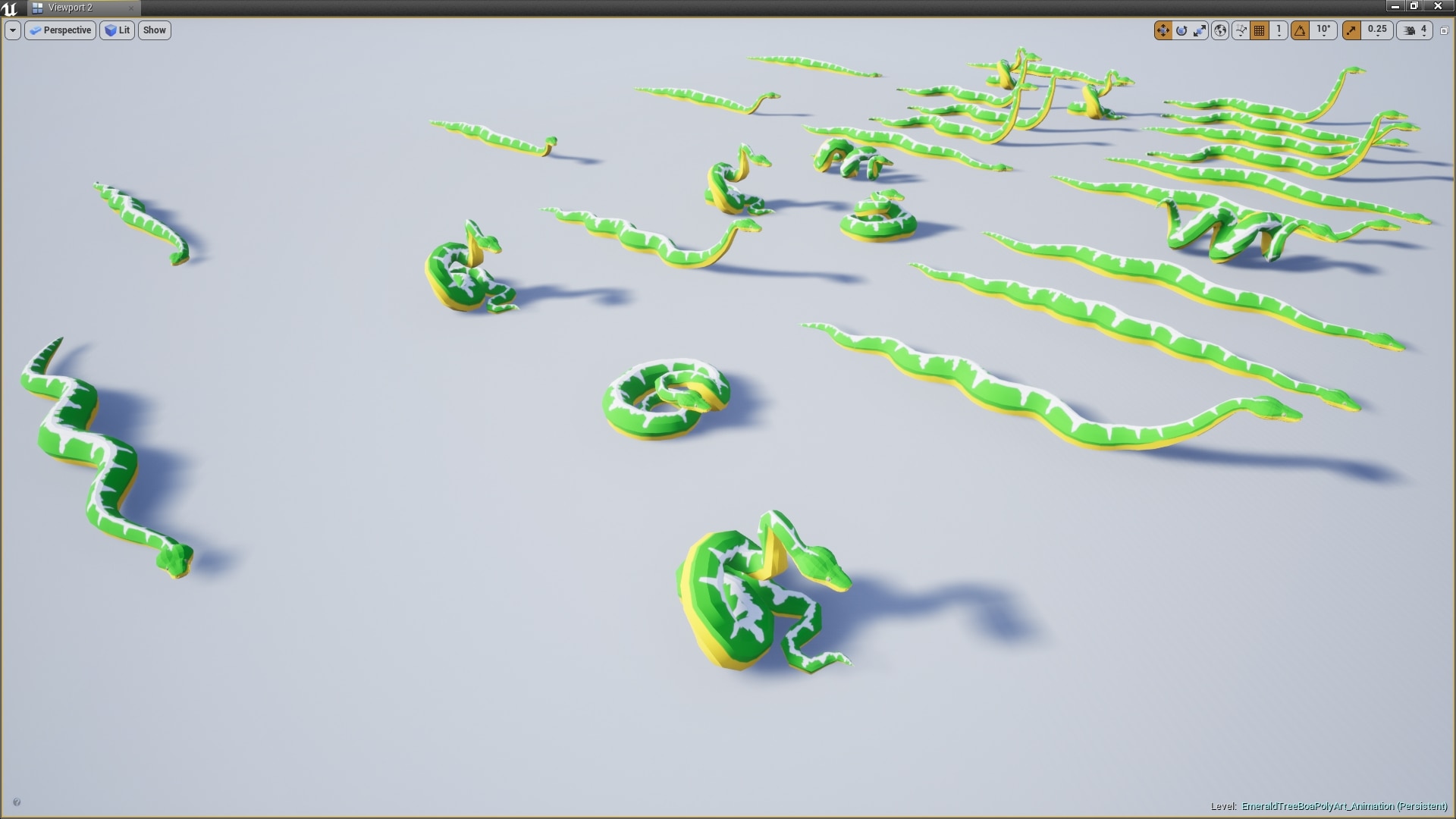 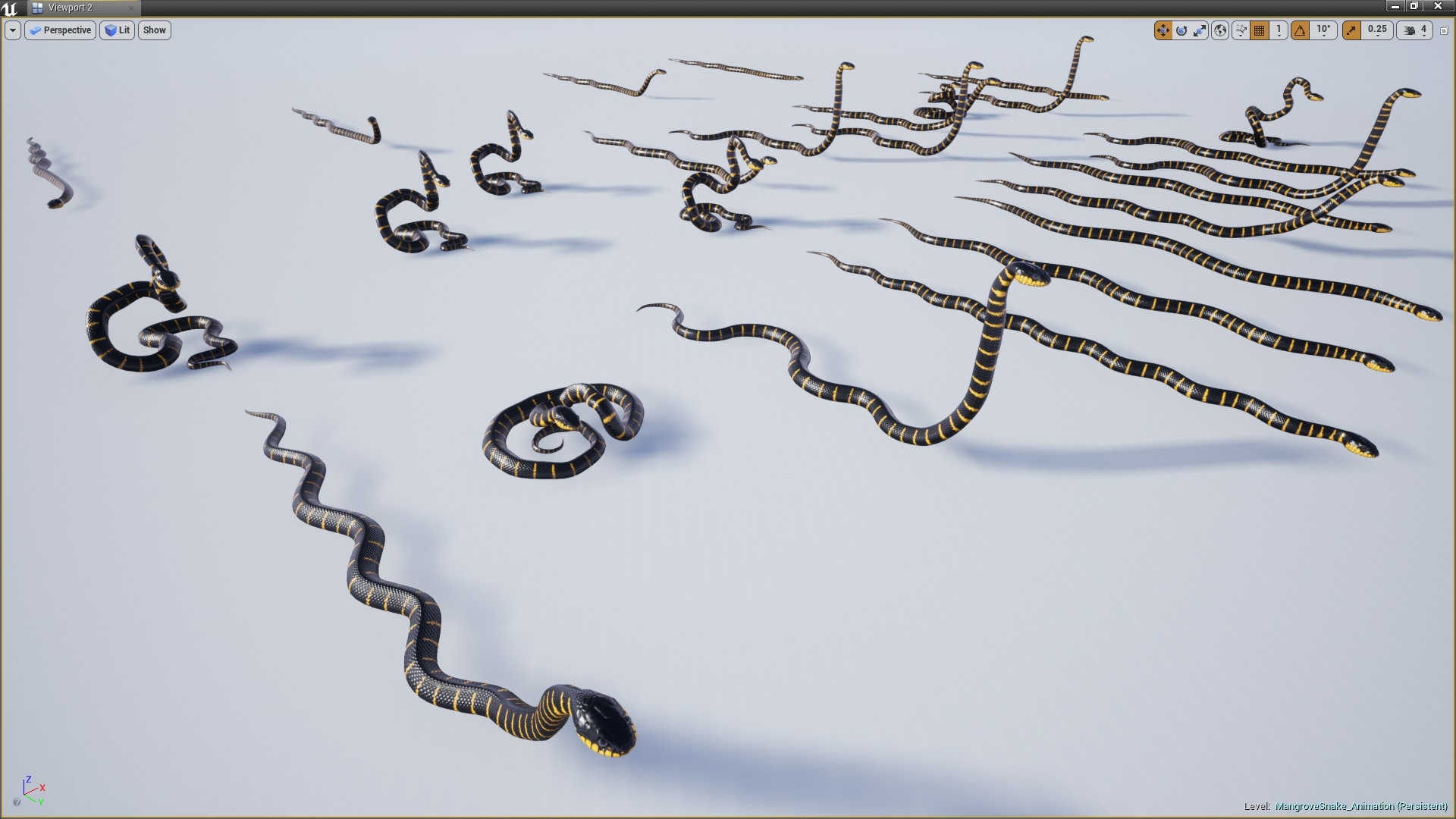 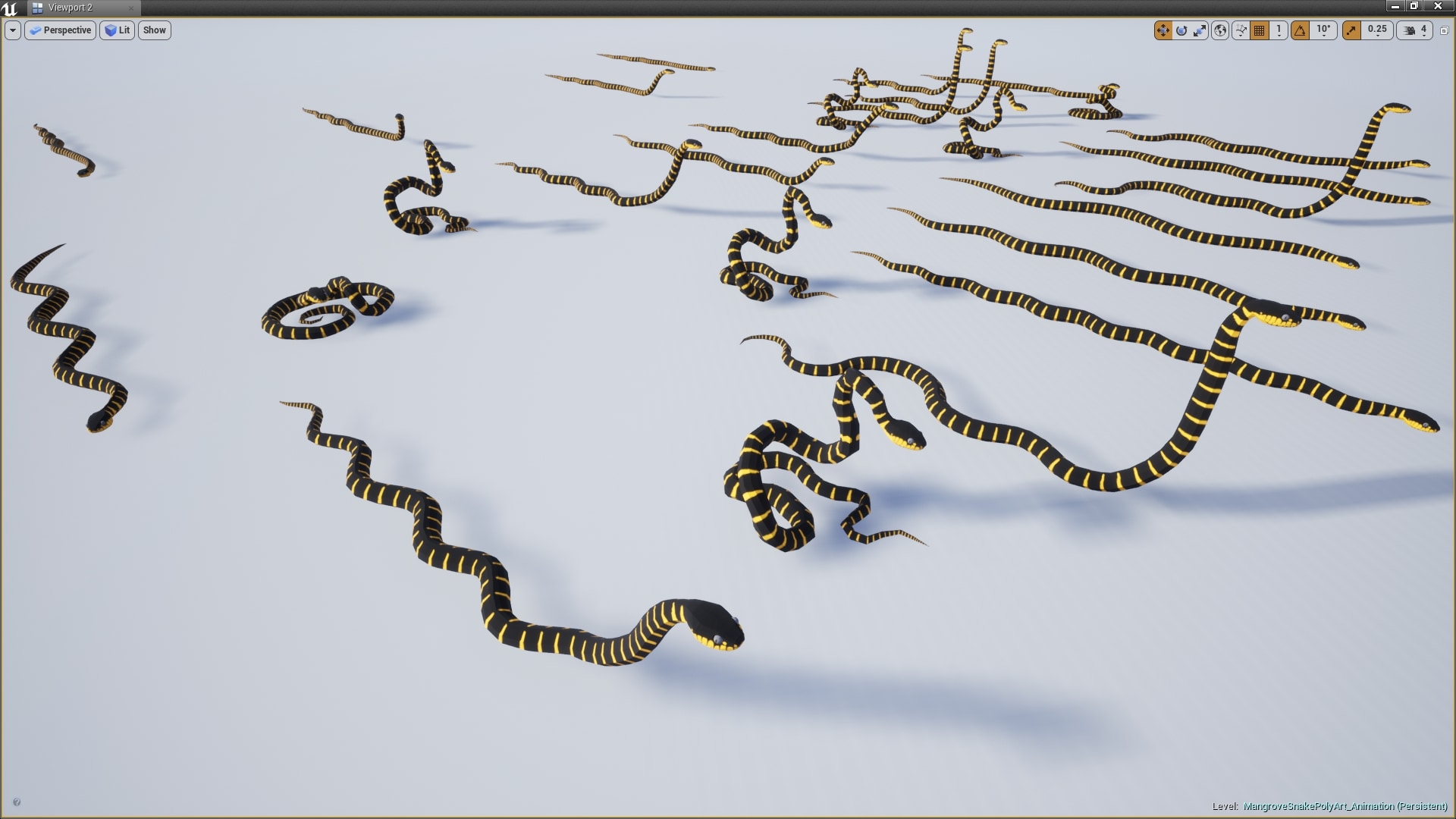 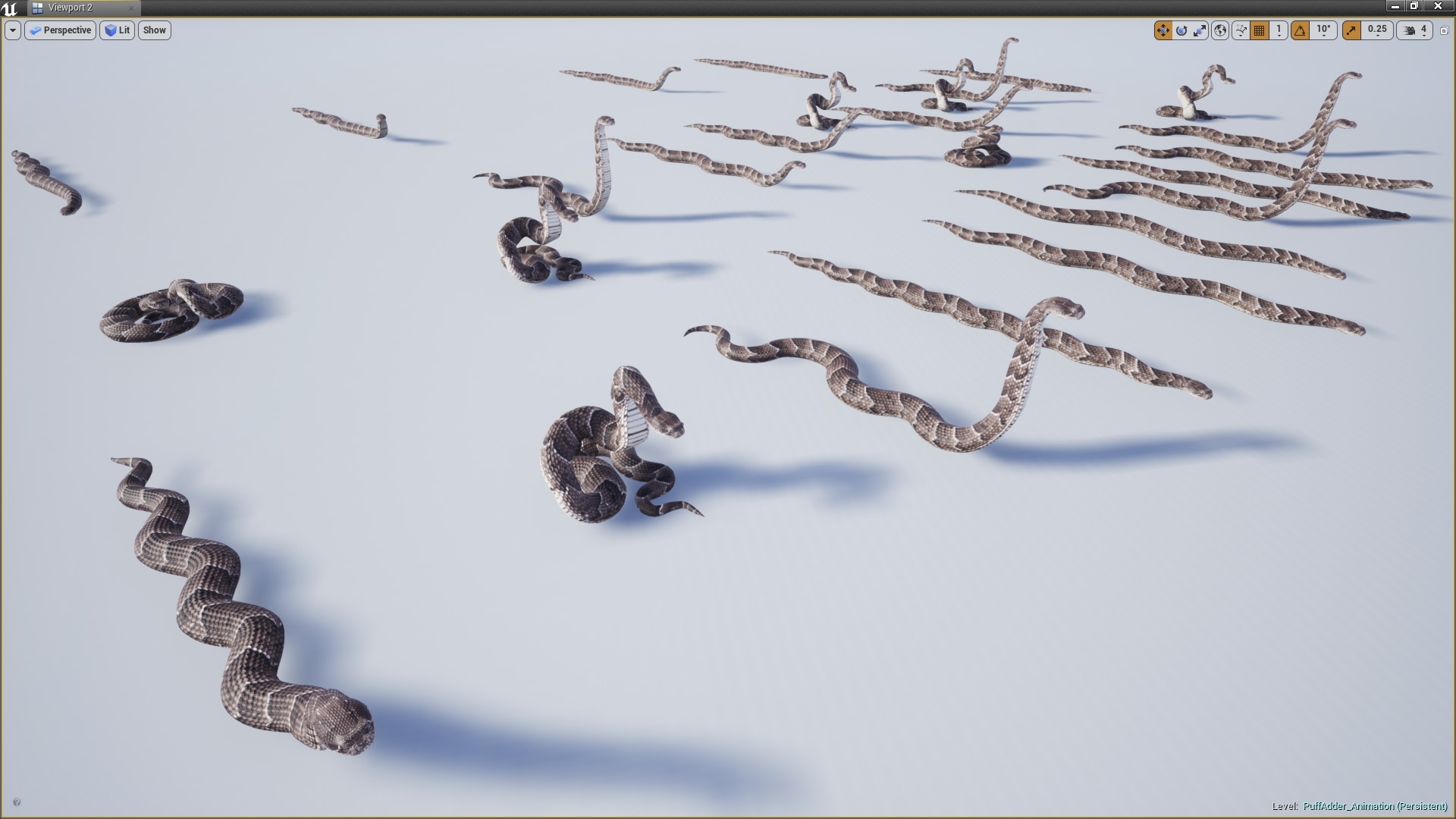 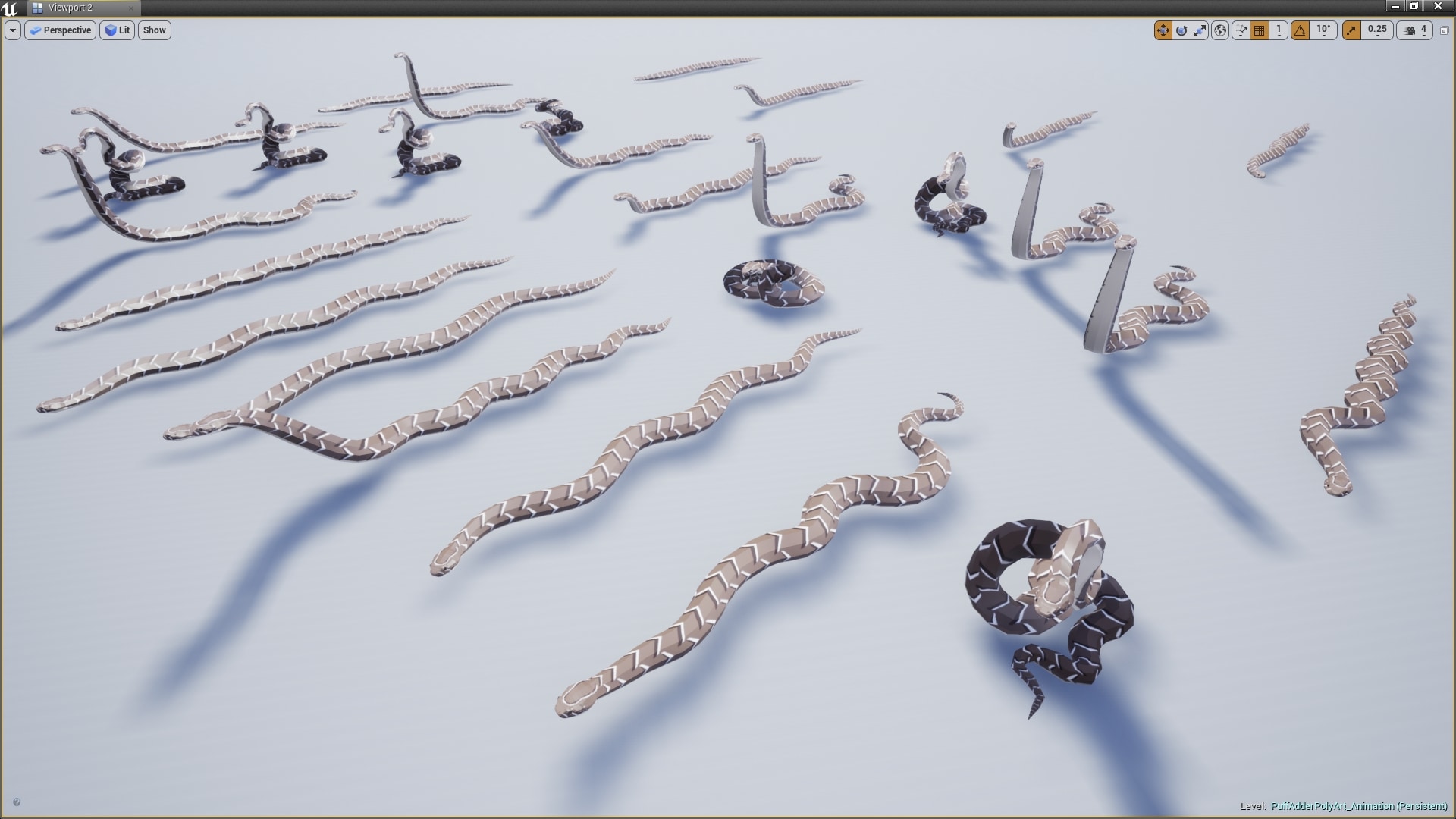 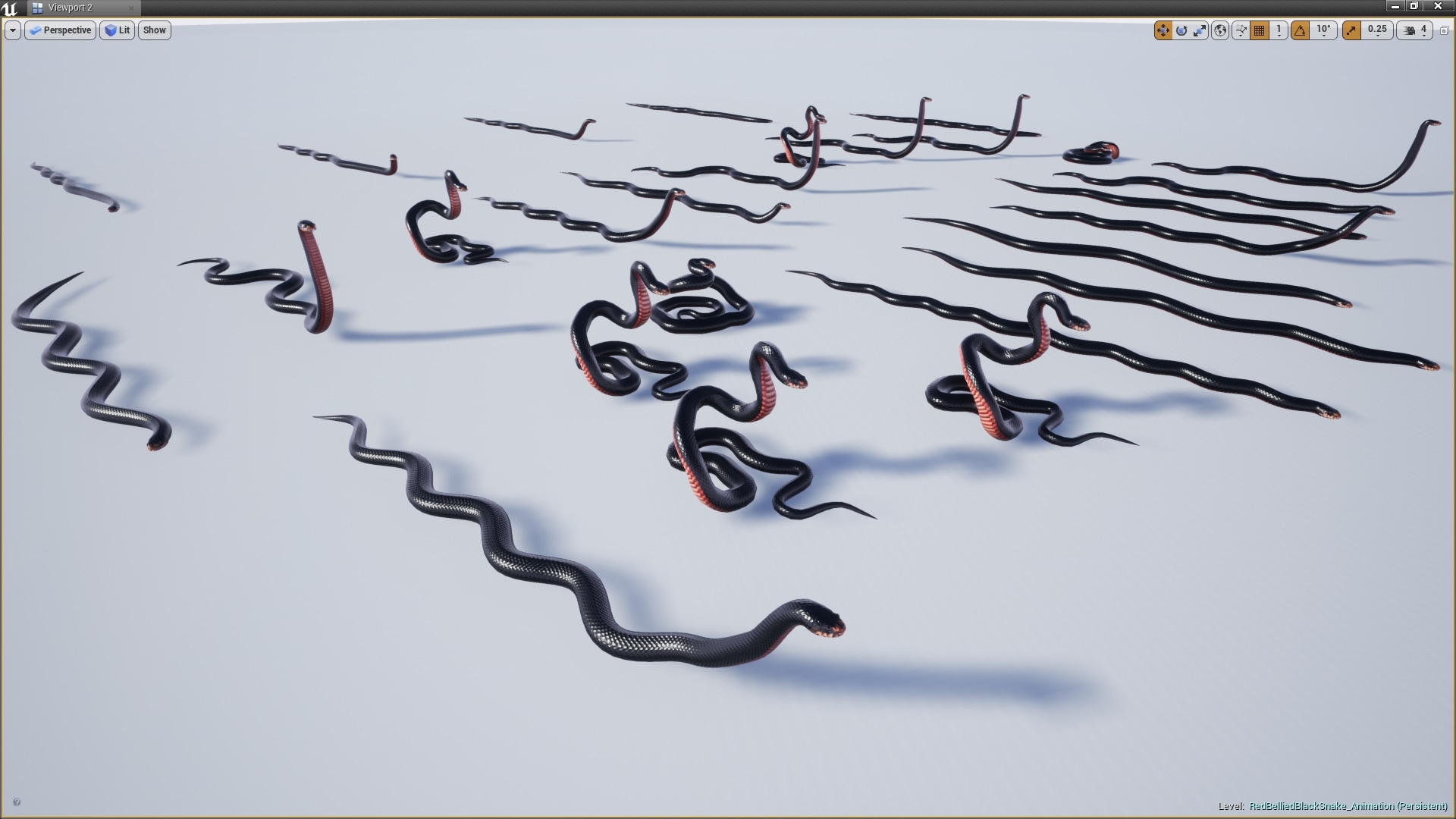 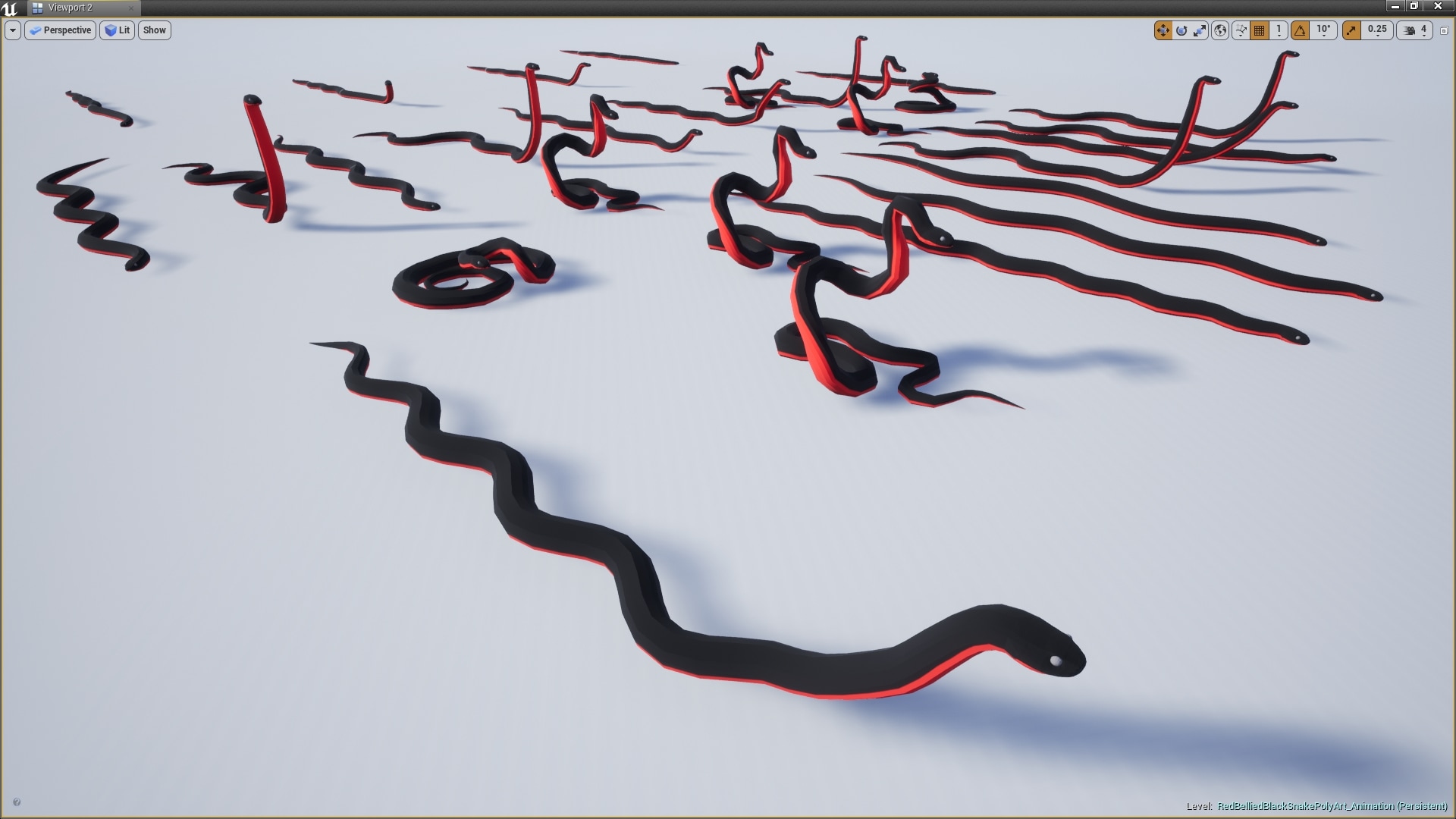 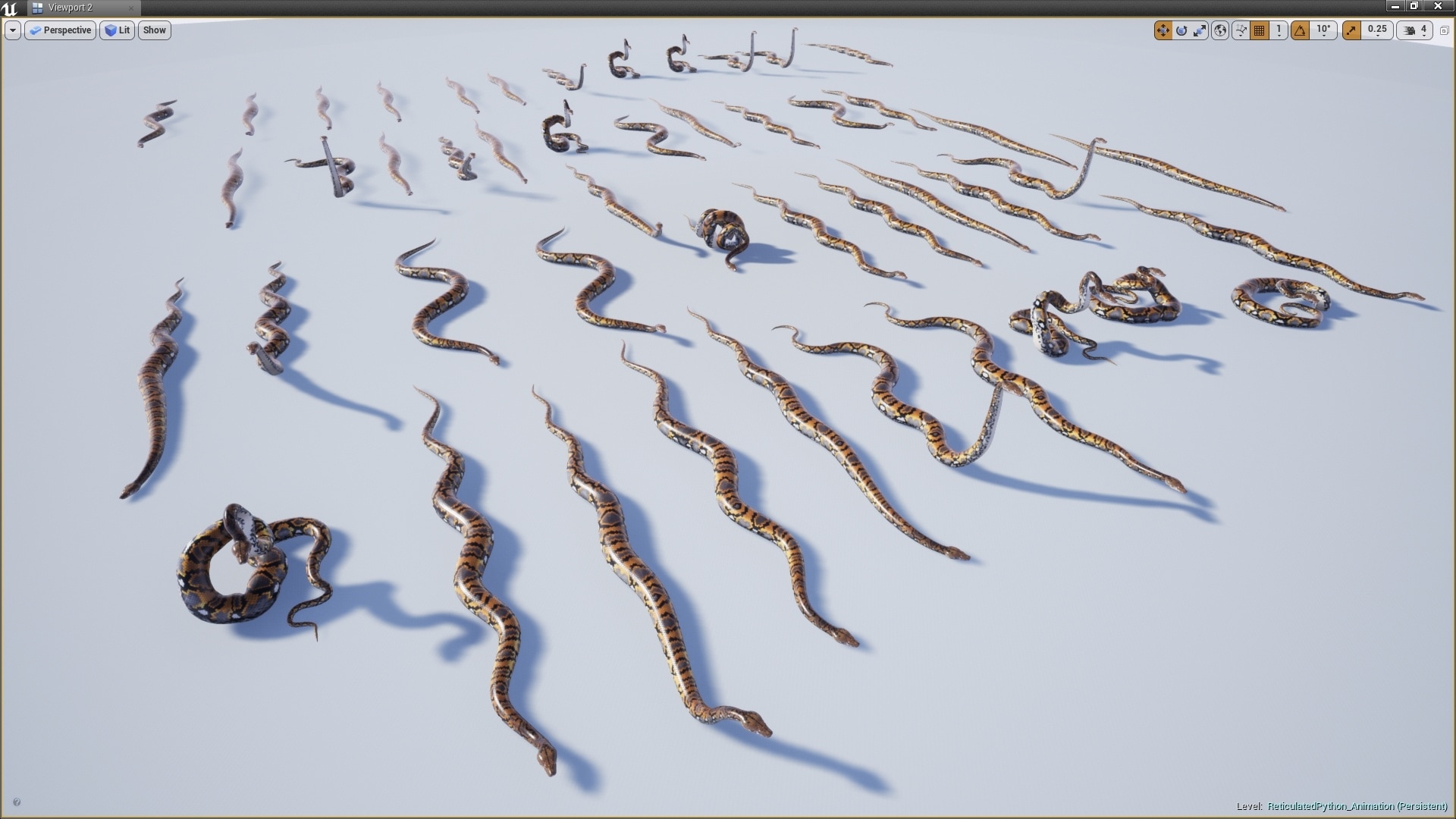 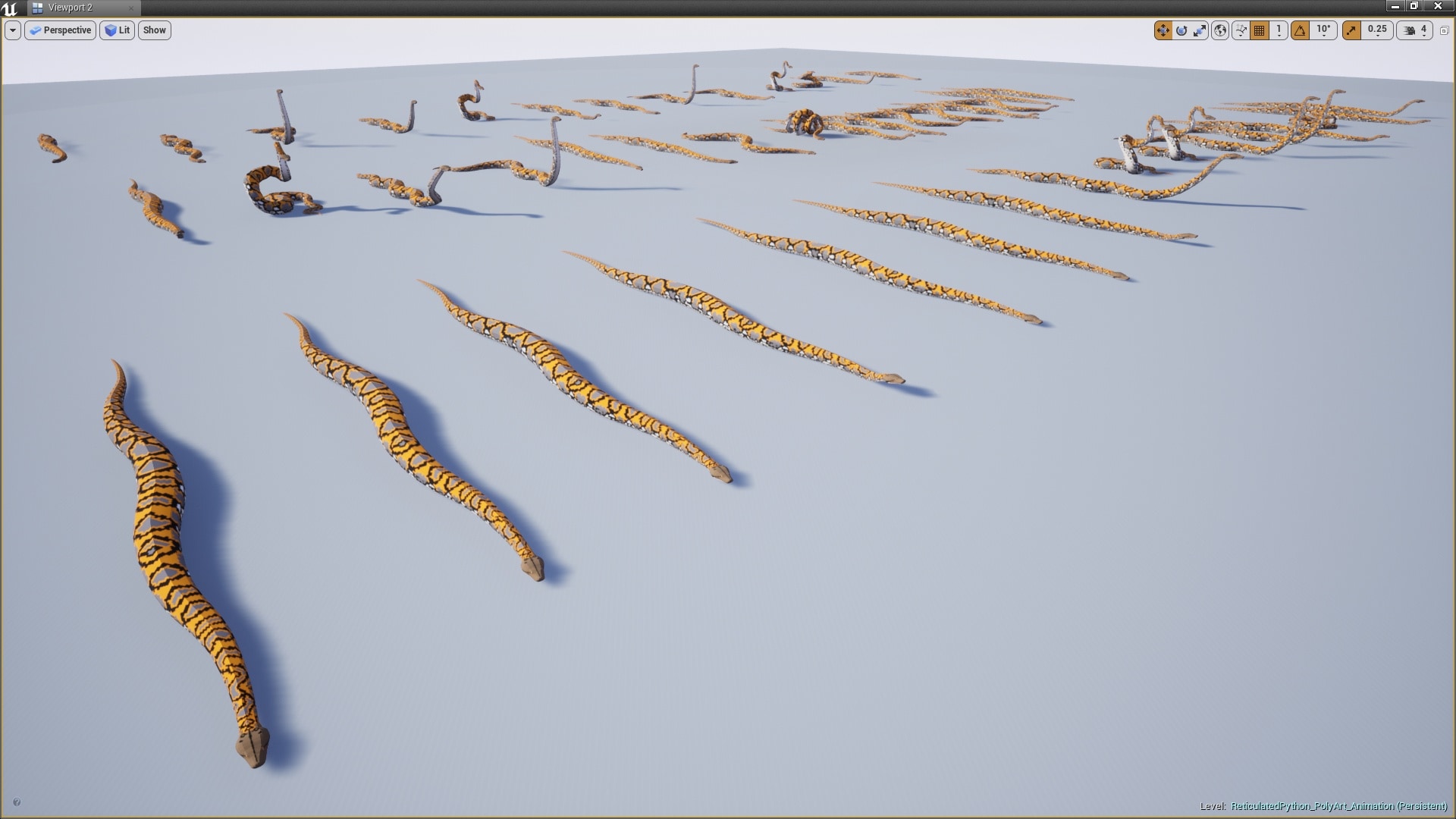 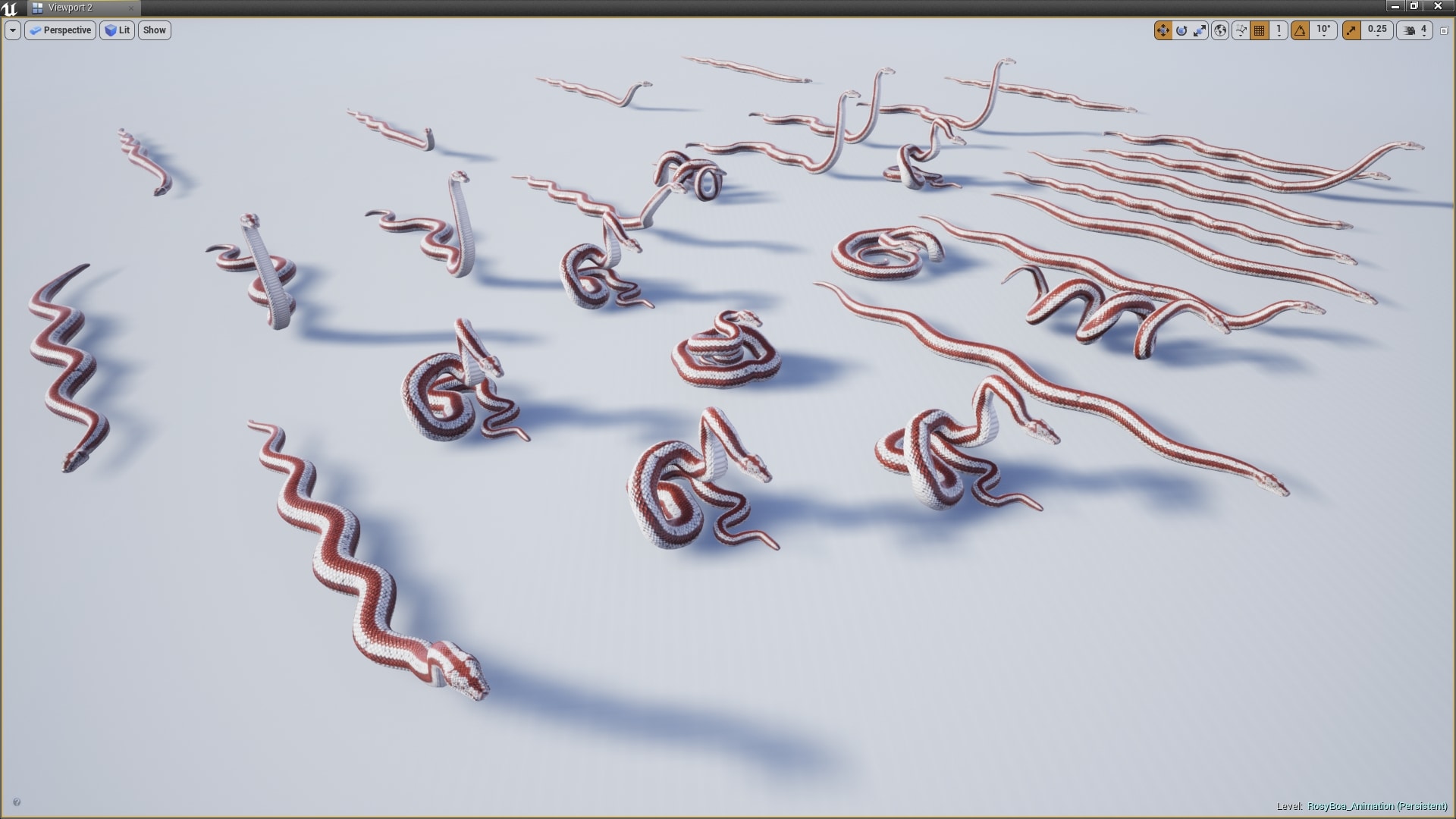 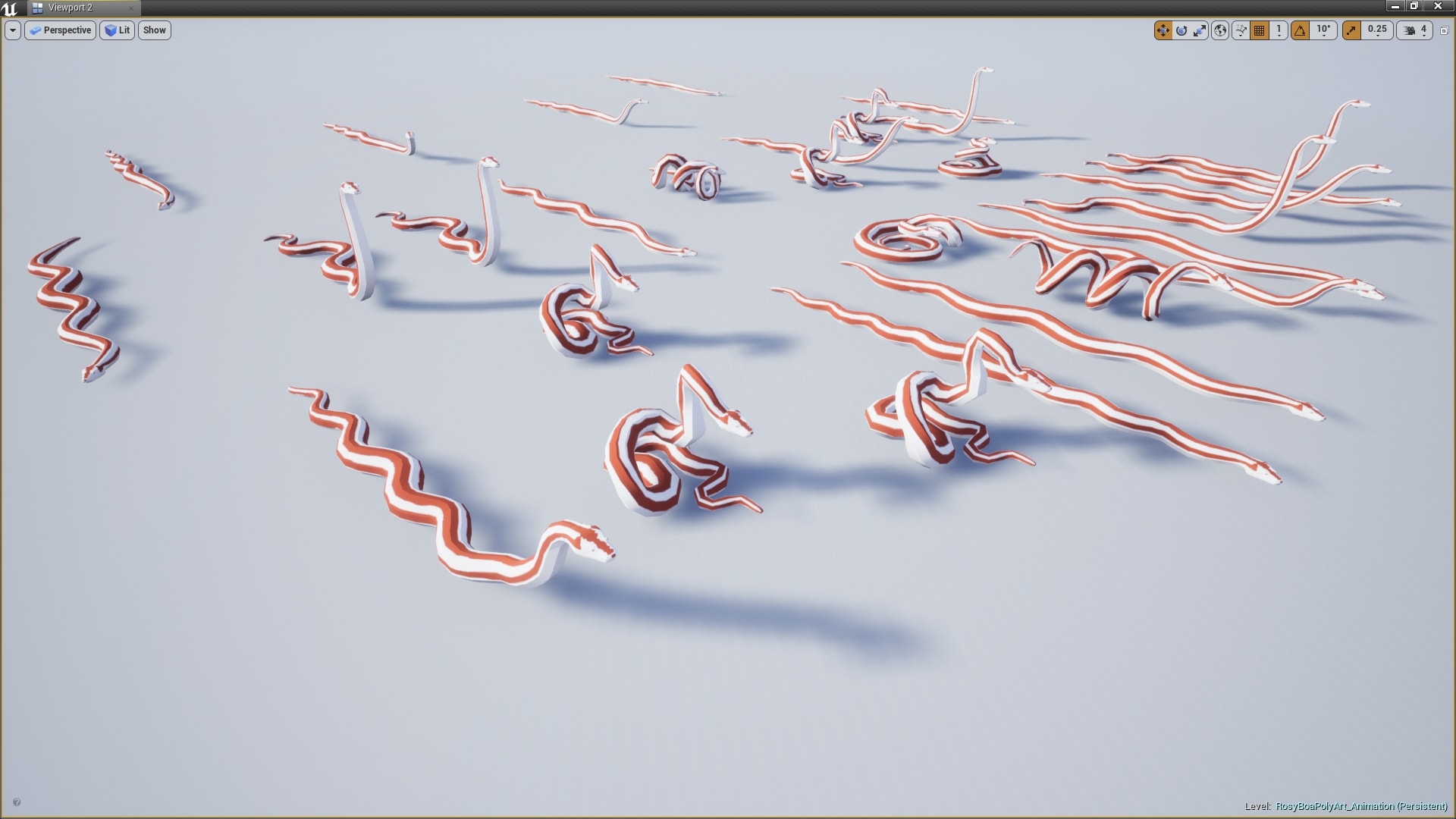 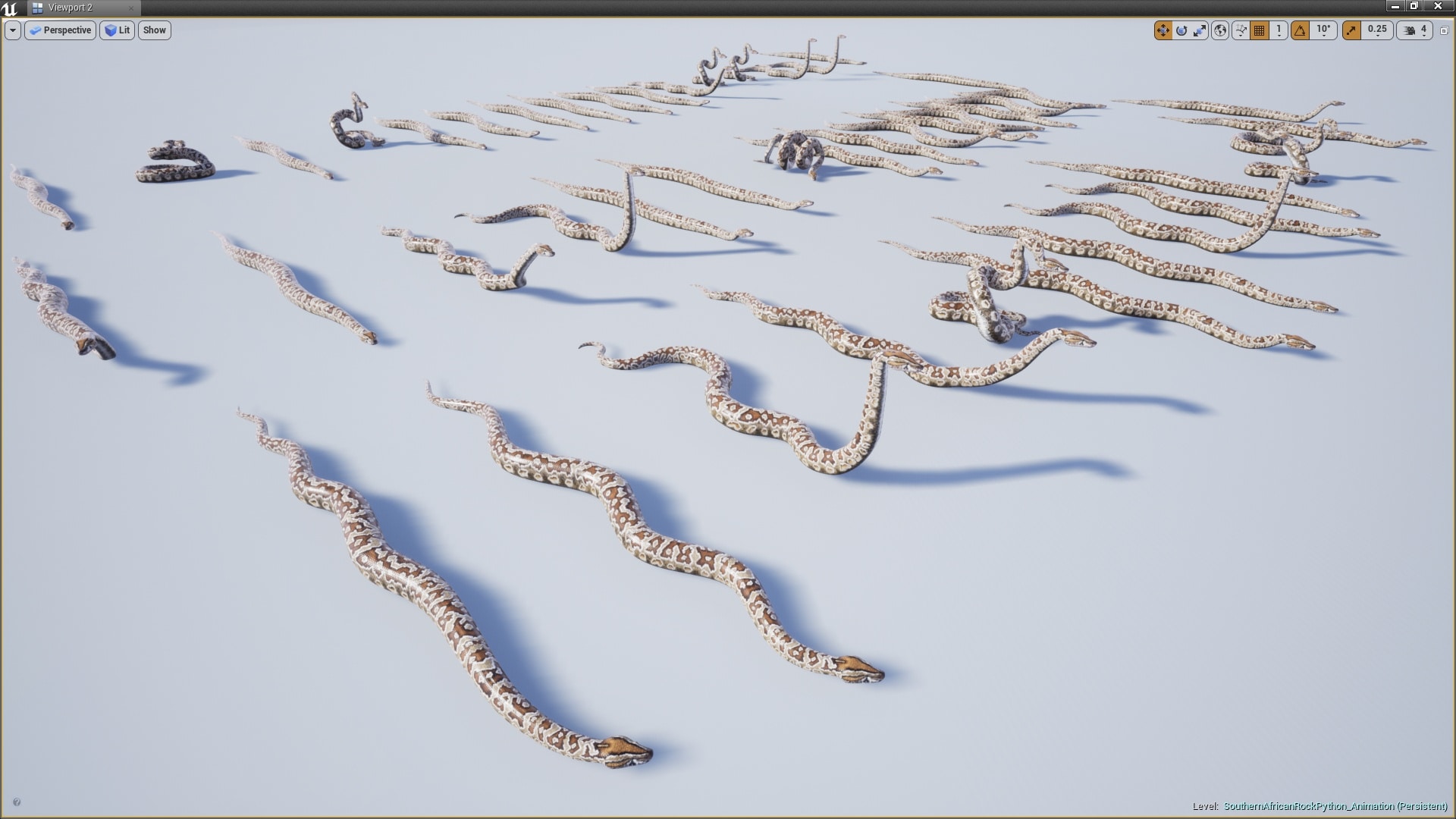 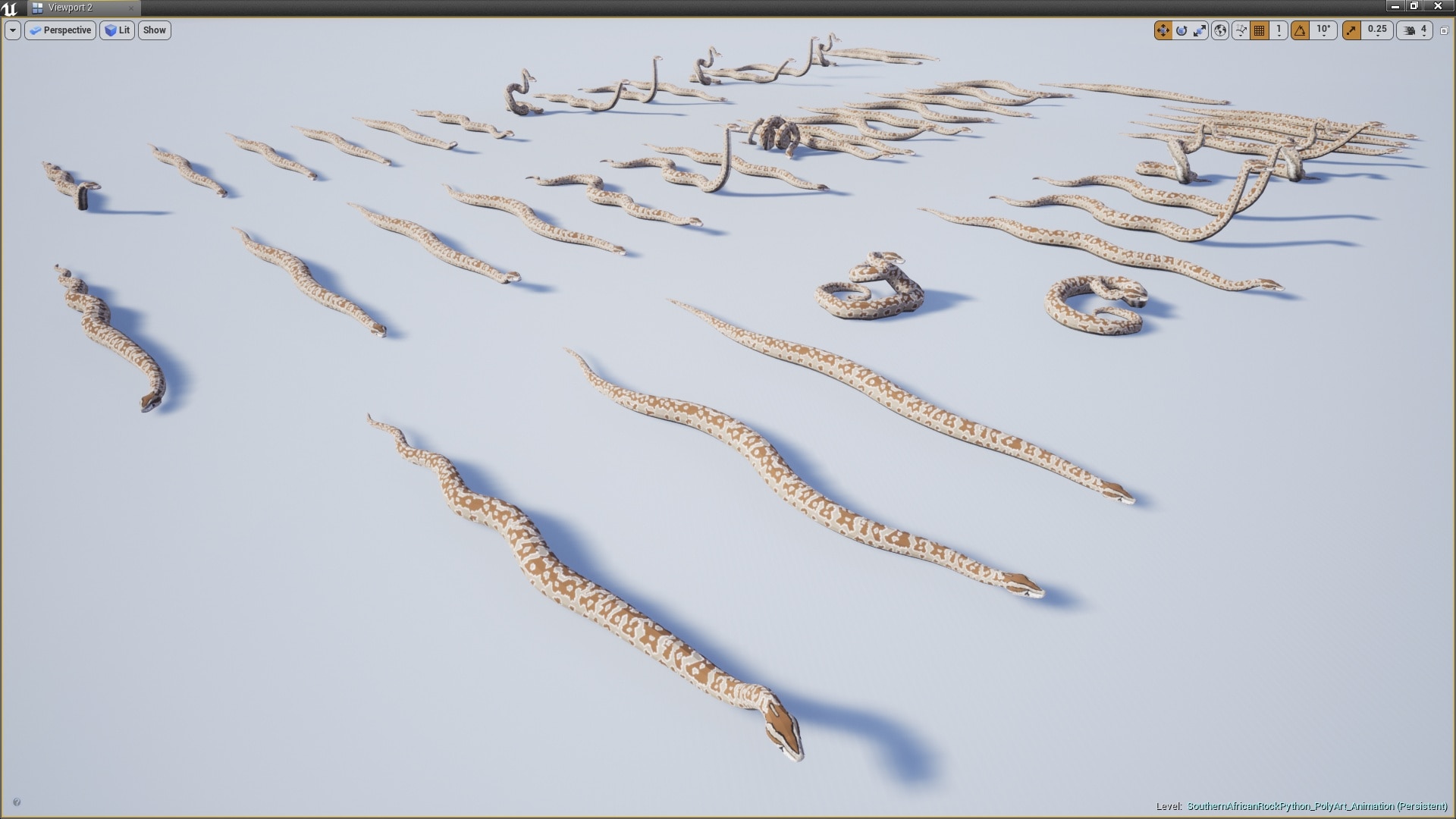 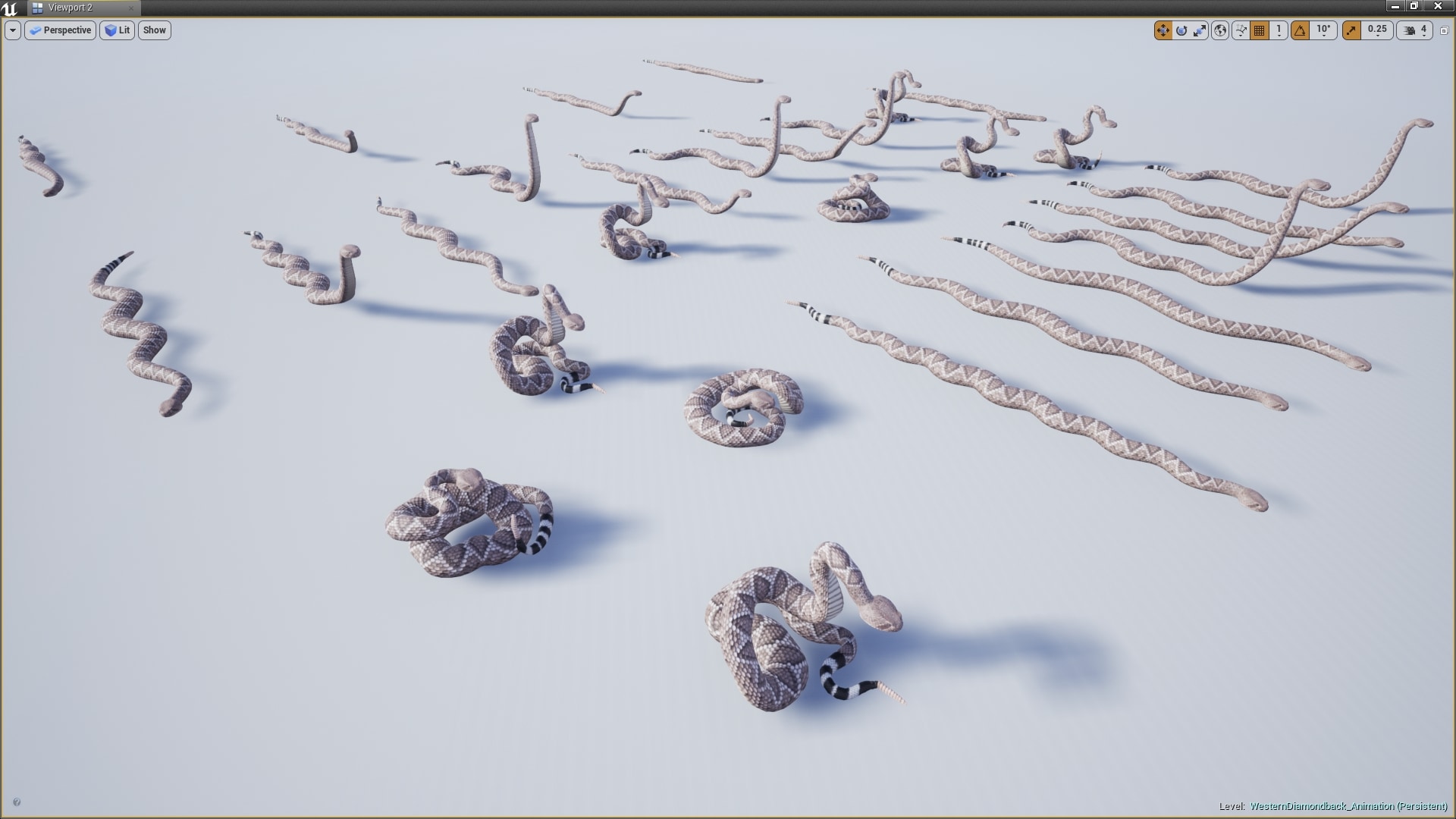 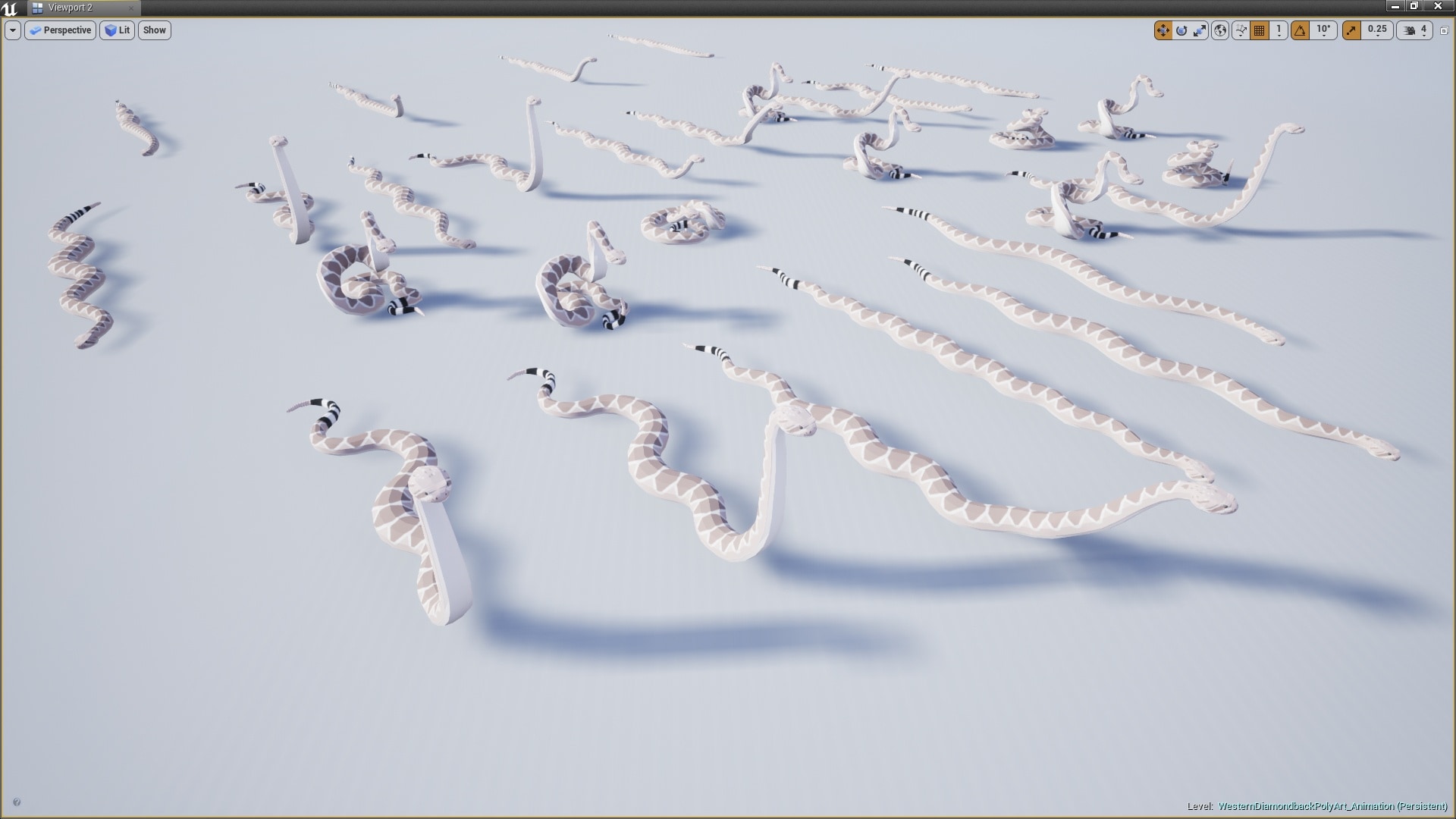 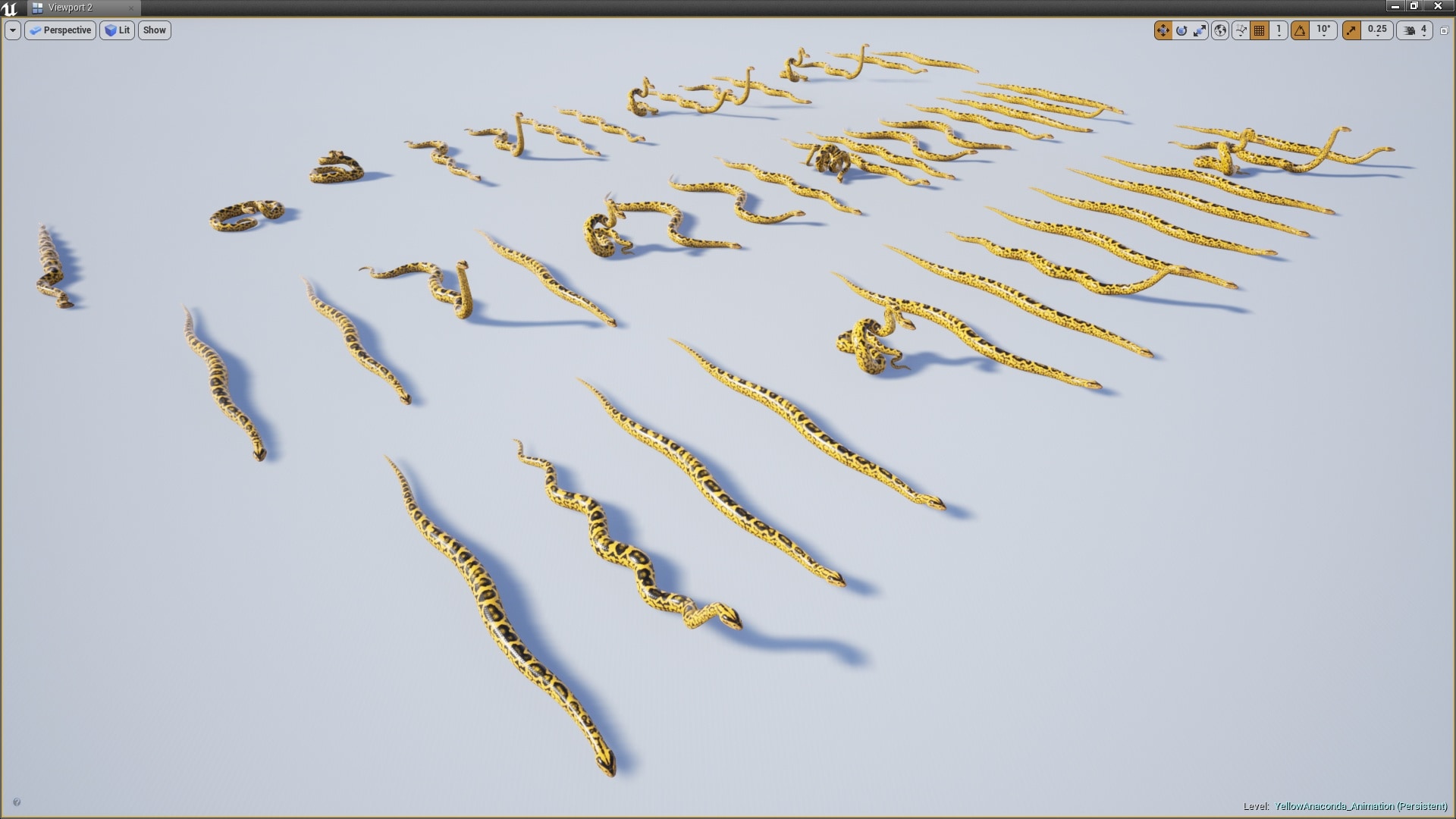 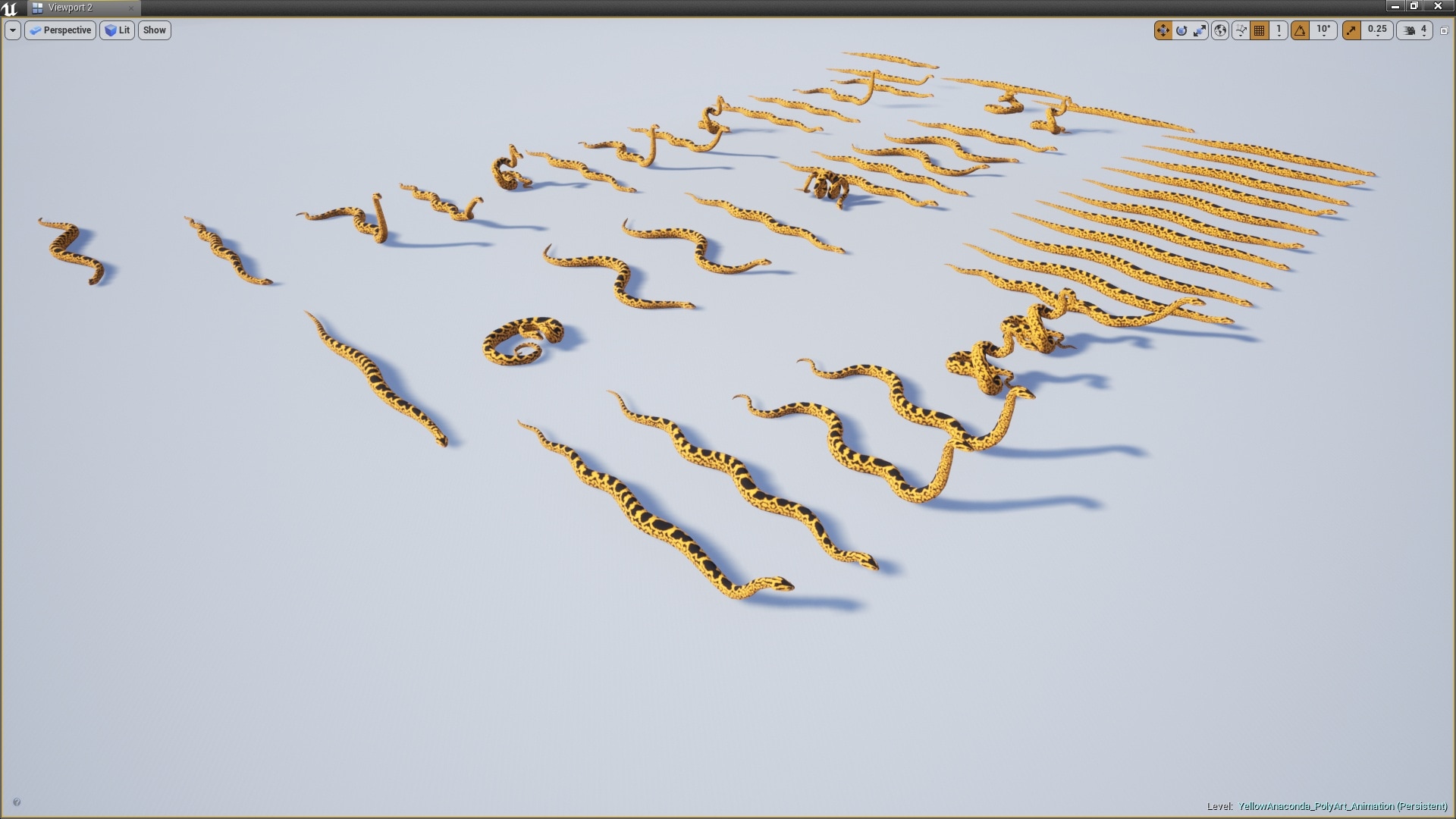 Animated detailed snakes created to match the reptiles' real world features as accurately as possible. Please note that this is an art asset that is made up of textured snake models and animations, thoroughly tested to ensure they work as intended. It does not come with any blueprints.

The pack has been updated with the reticulated python, Southern African rock python, yellow anaconda and texture map templates for all snake models. The newly added characters contain root motion [Crawl_Forward, Swim_Forward]. The rest of the characters will soon be updated with root motion

The asset is created specifically for use in Unreal Engine. Support will only be provided for usage issues inside unreal engine. Raw 3D files are not part the asset and will not be provided.

The characters in this pack can also be purchased as individual assets or smaller pack combinations. Links to all the individual and smaller combo packs are listed below.

Please send all support email and questions to support@dibiadigital.com

Scaled to Epic skeleton: (No)

Rigged to Epic skeleton: (No)

Number of Materials and Material Instances: 37 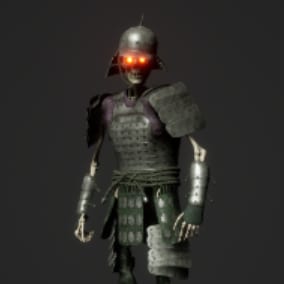 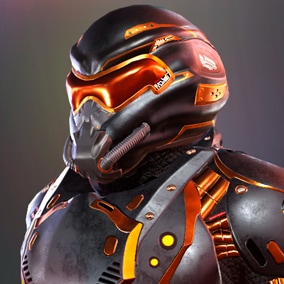 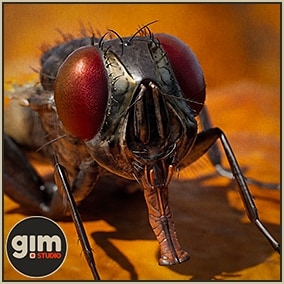 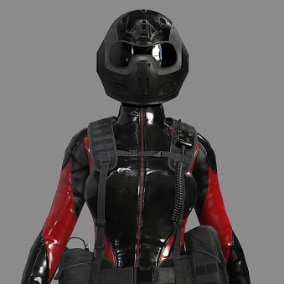 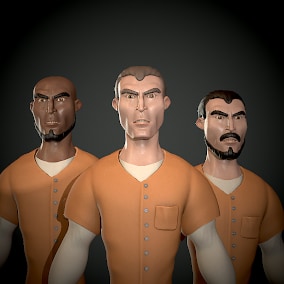