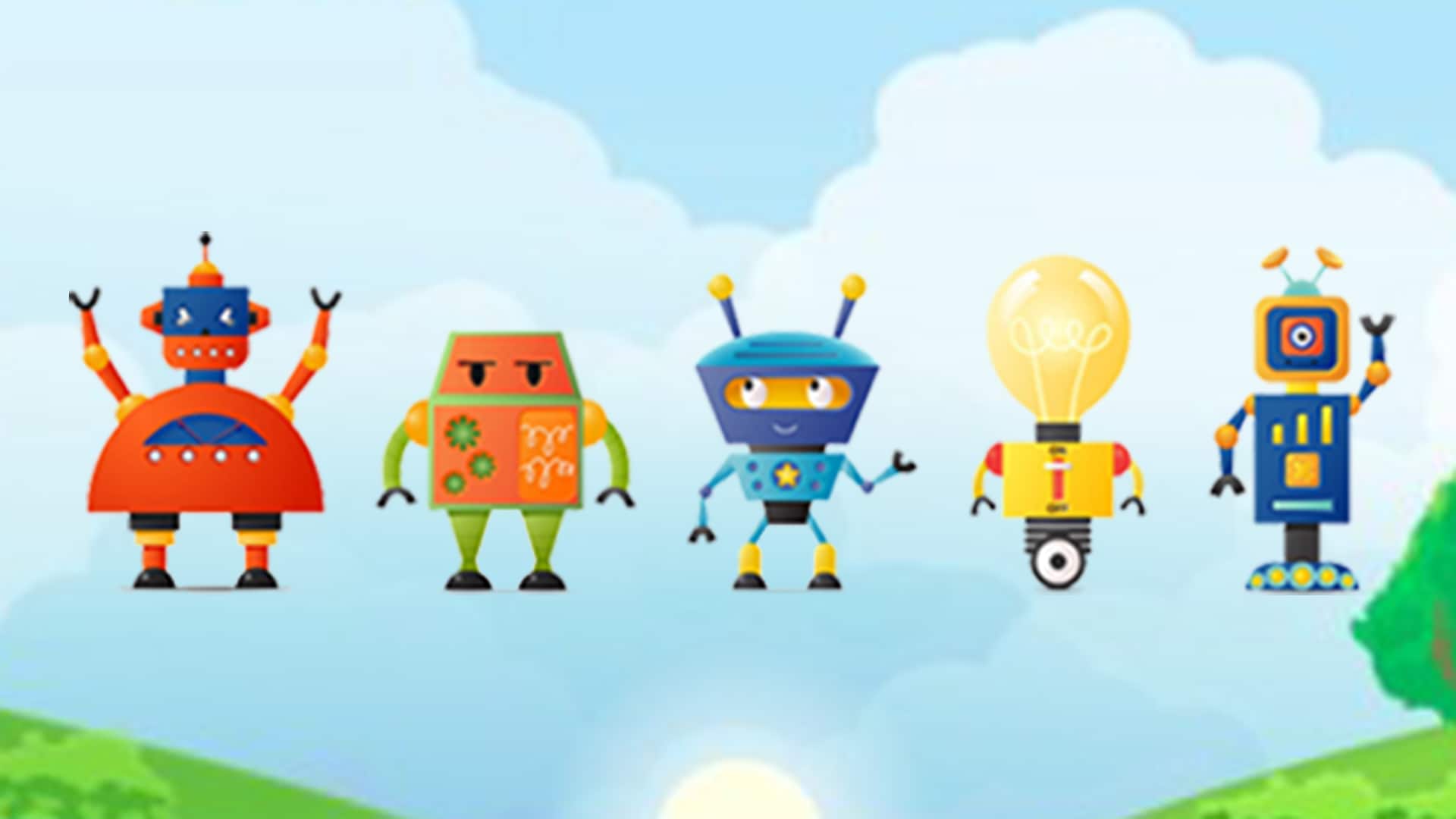 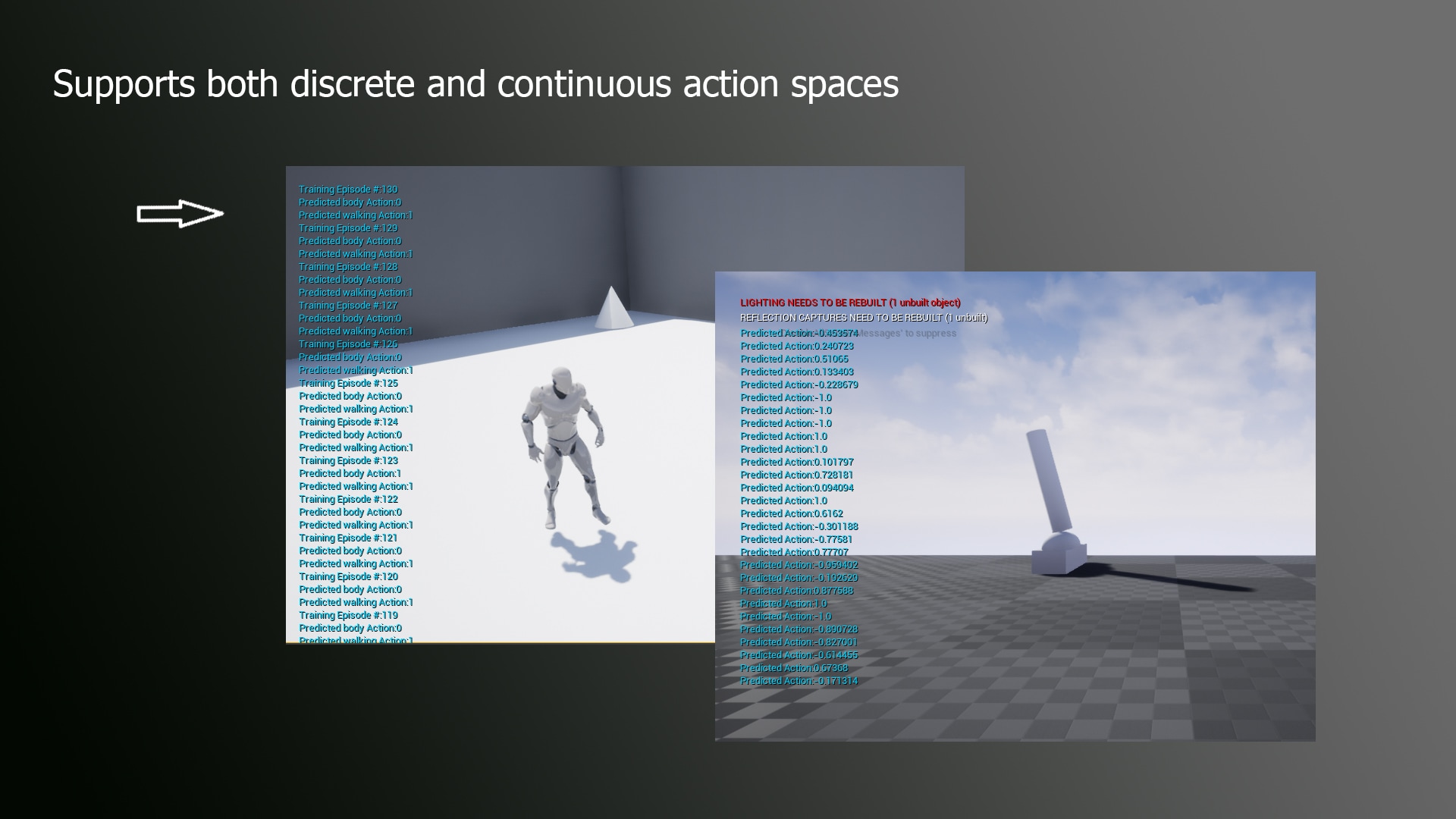 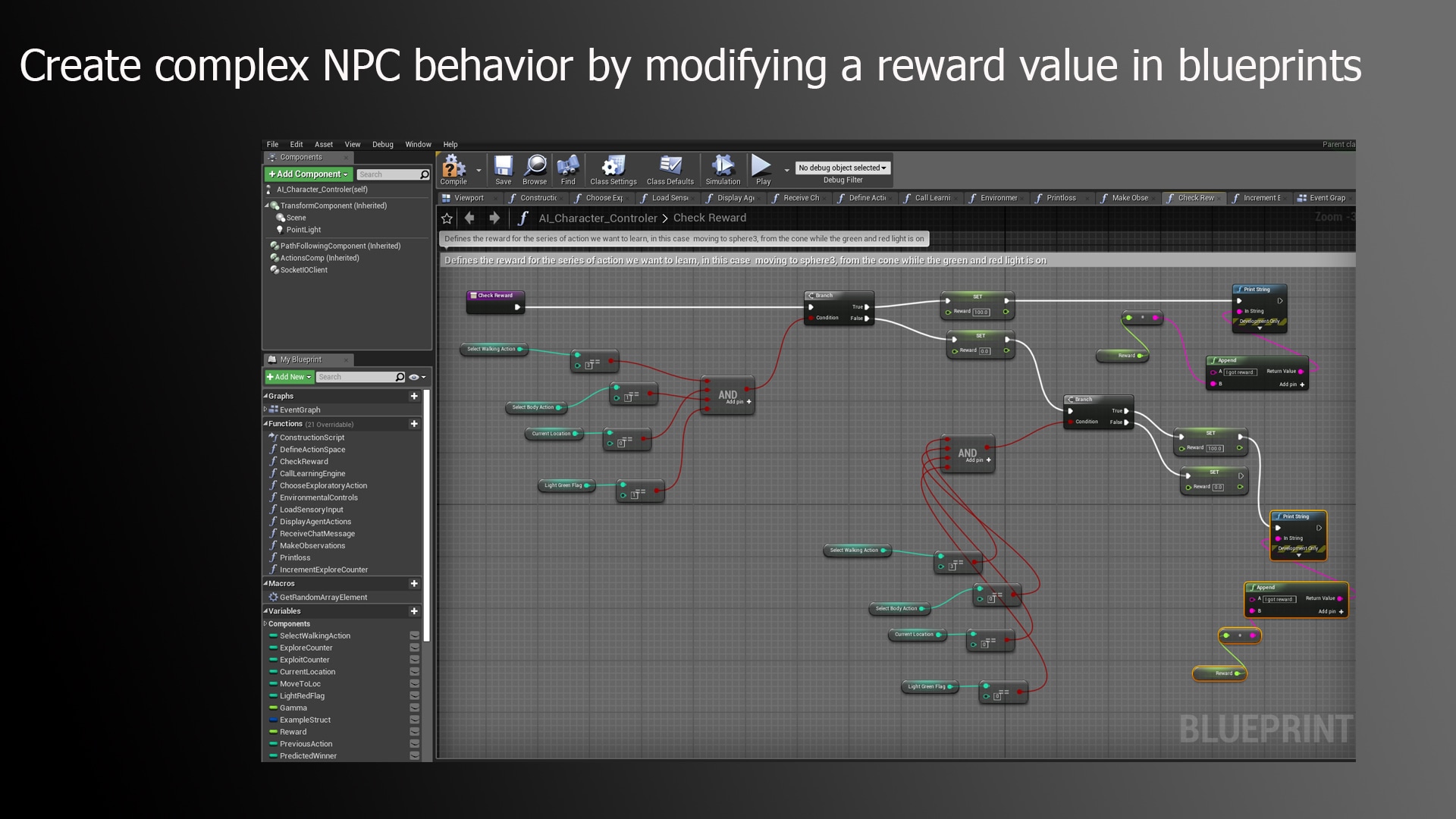 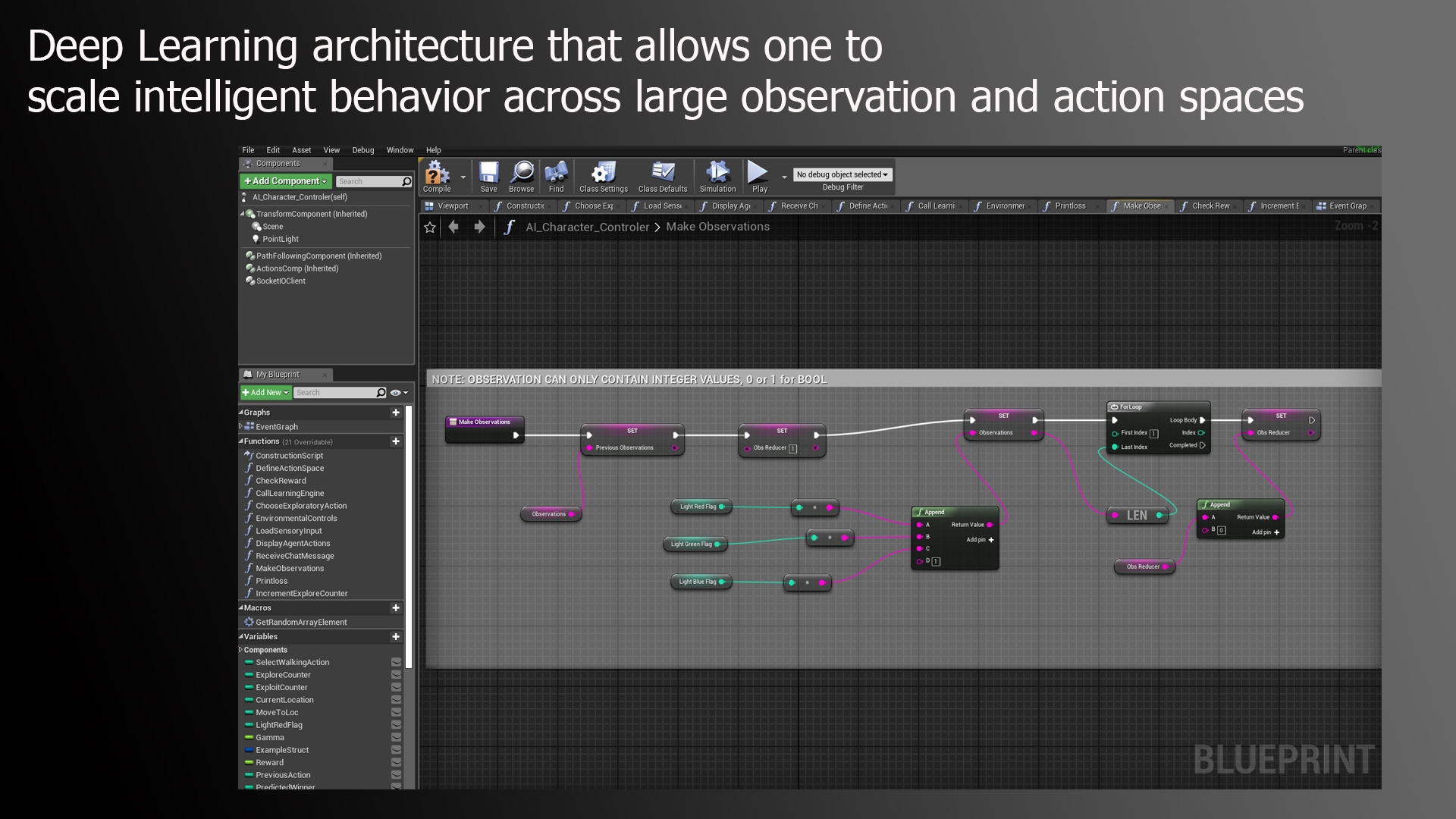 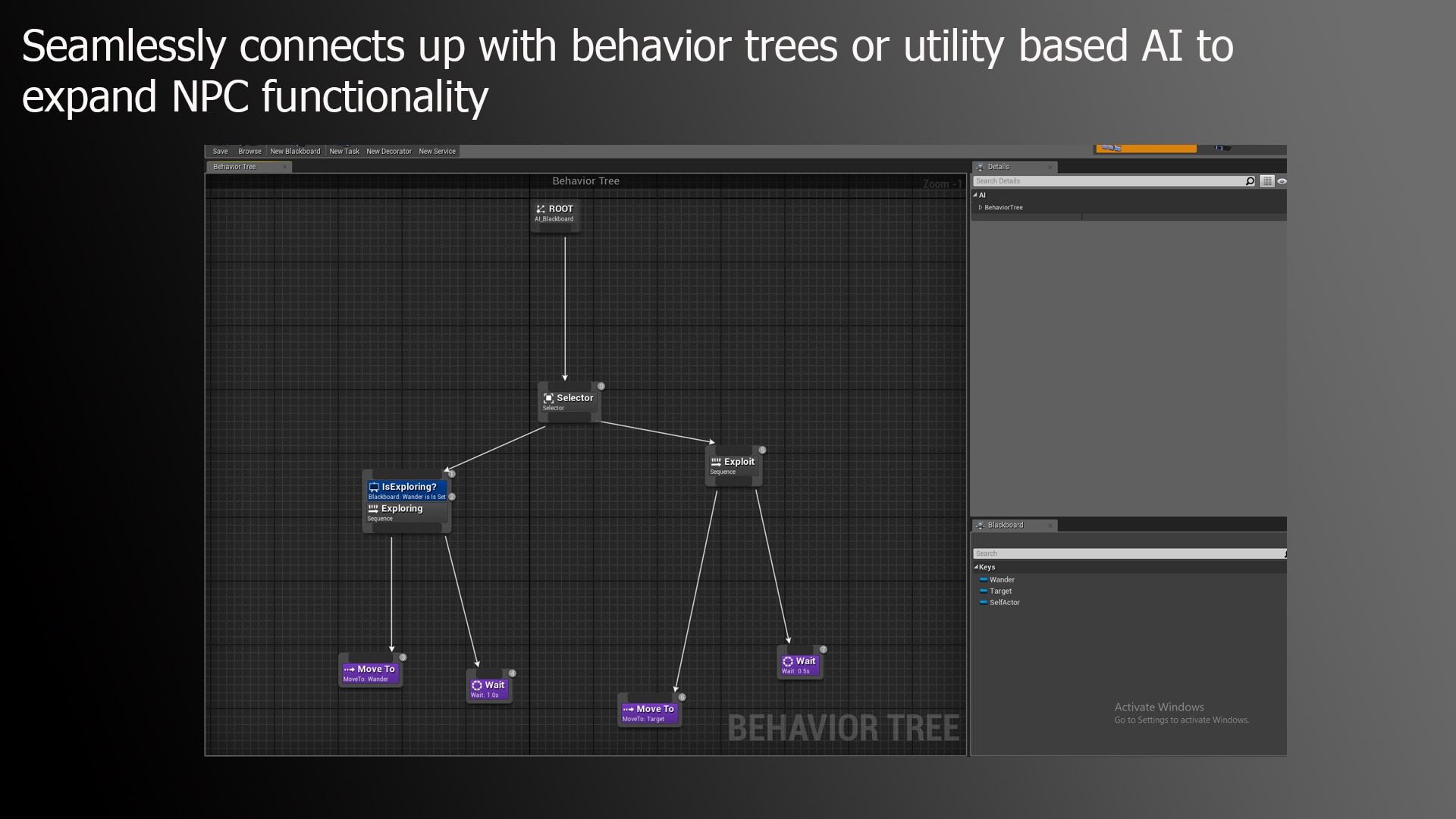 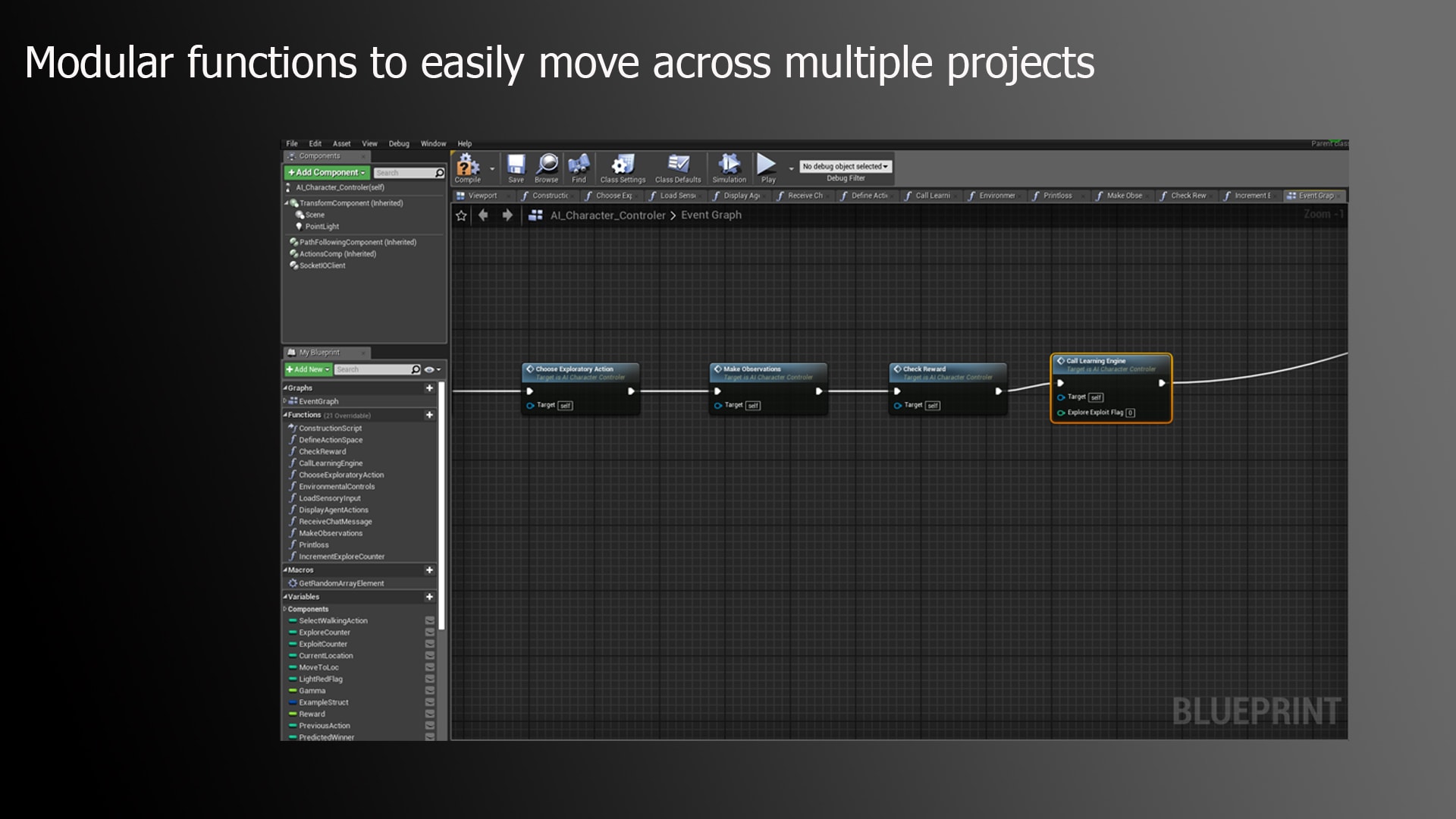 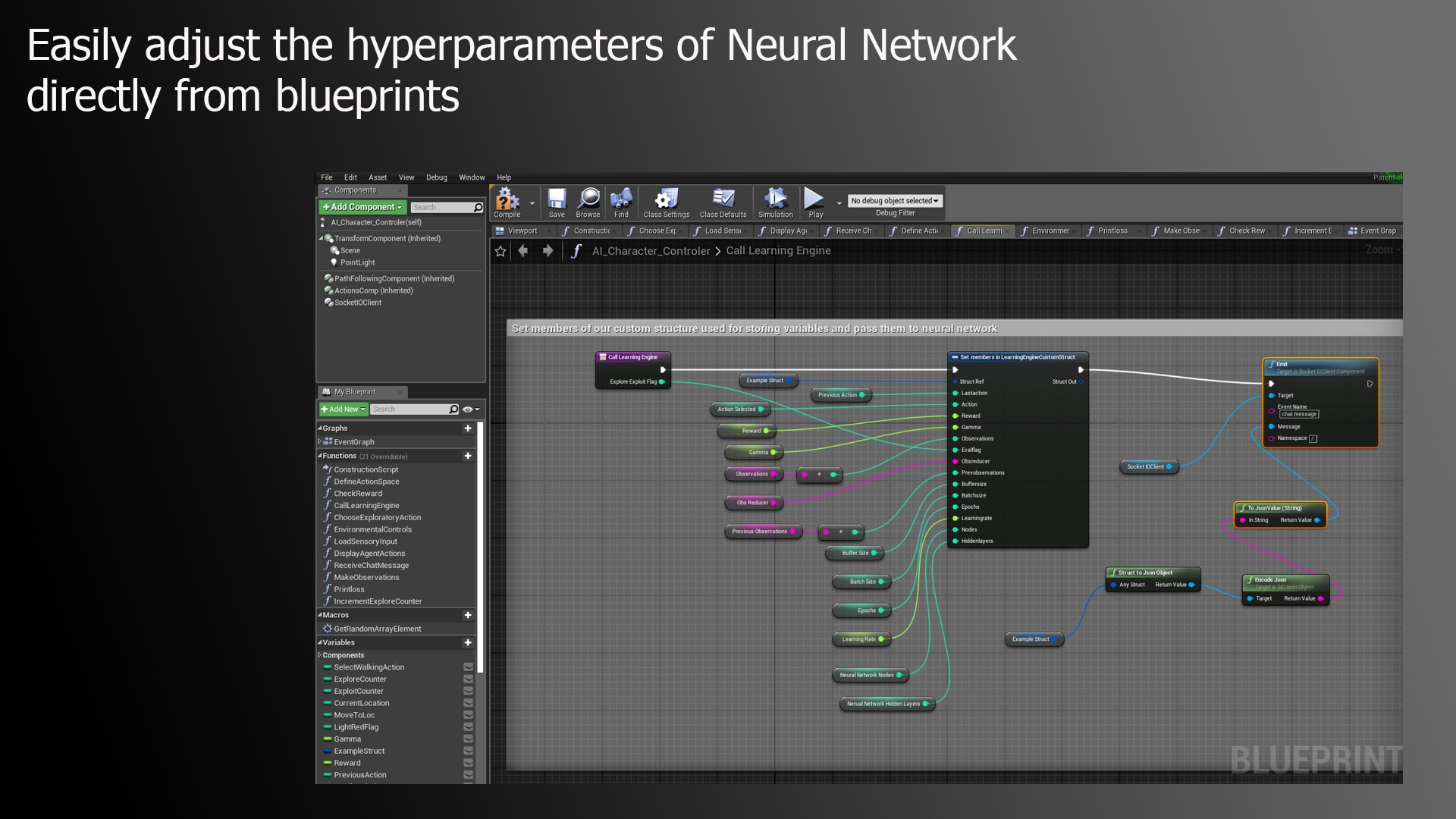 Add life like realism to video game characters using Deep Reinforcement Learning – a machine learning approach that combines neural networks with a learning model to sculpt agent behavior. Using the DRL Learning Engine, an AI can be made to perform any combination of actions involving objects in it's environment simply by changing a reward function.

With these tools, games and simulations can function as environments for training autonomous learning agents. Possible use cases include robotic simulation, autonomous driving, generative architecture, procedural graphics and much more. For game developers, the use cases for self-optimizing agents include controlling NPC behavior (in a variety of settings such as multi-agent and adversarial), prototyping game design decisions, and automated testing of game builds.

·        Save and Load Previously Trained Behaviors

·        No Expertise with Neural Networks Required 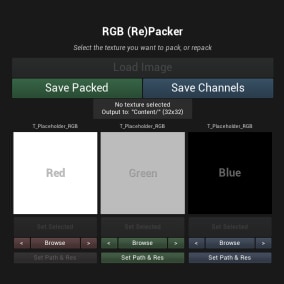 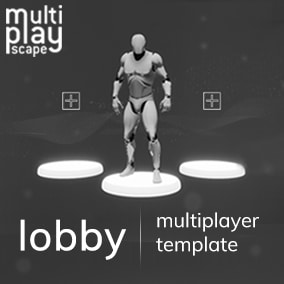 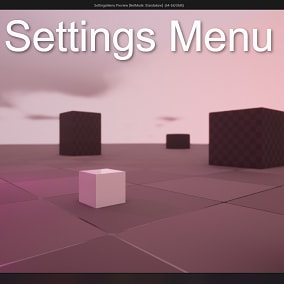 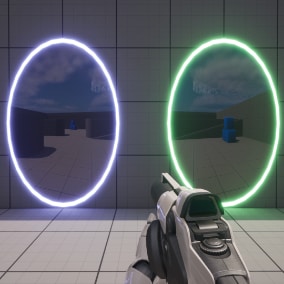