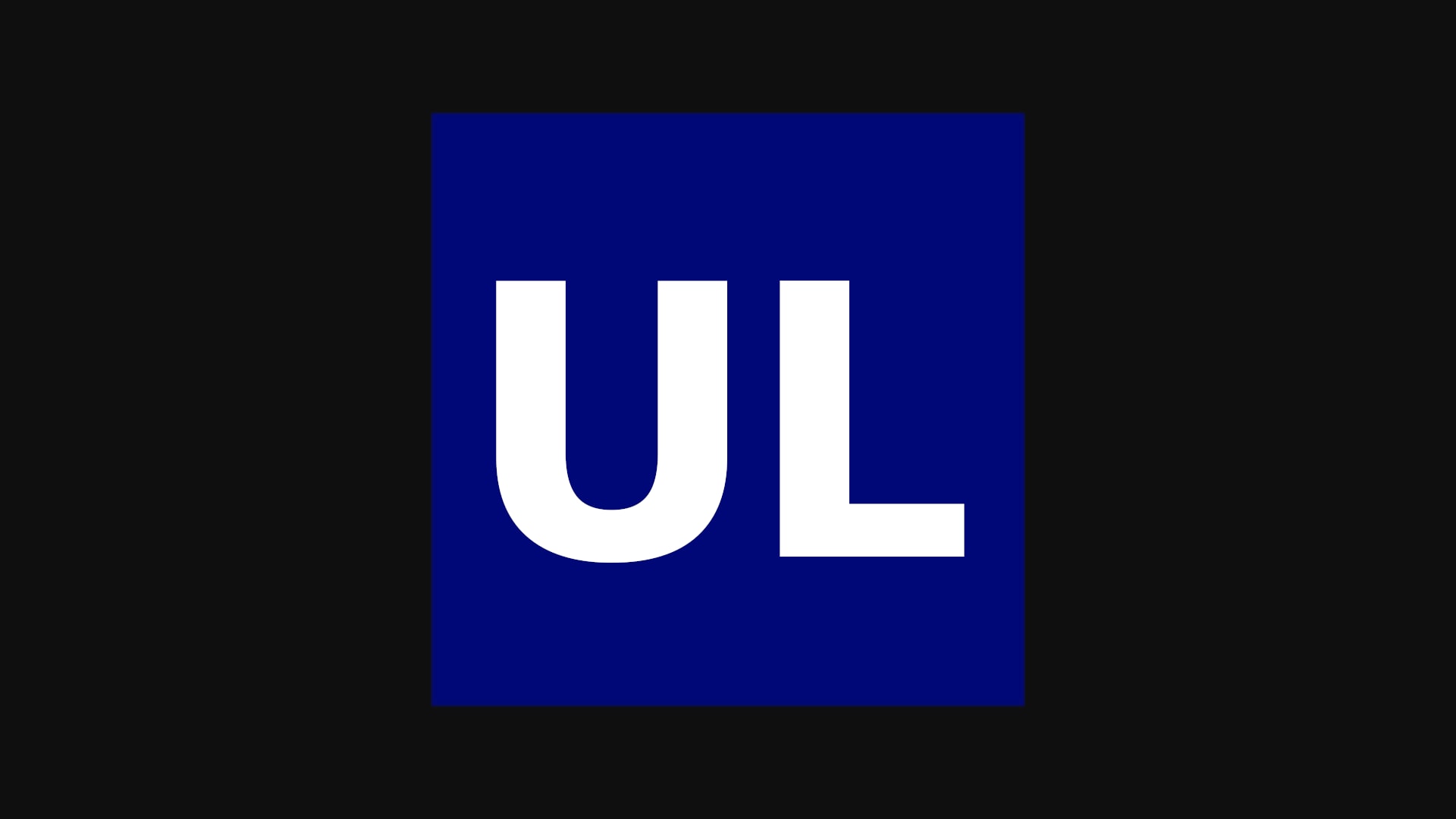 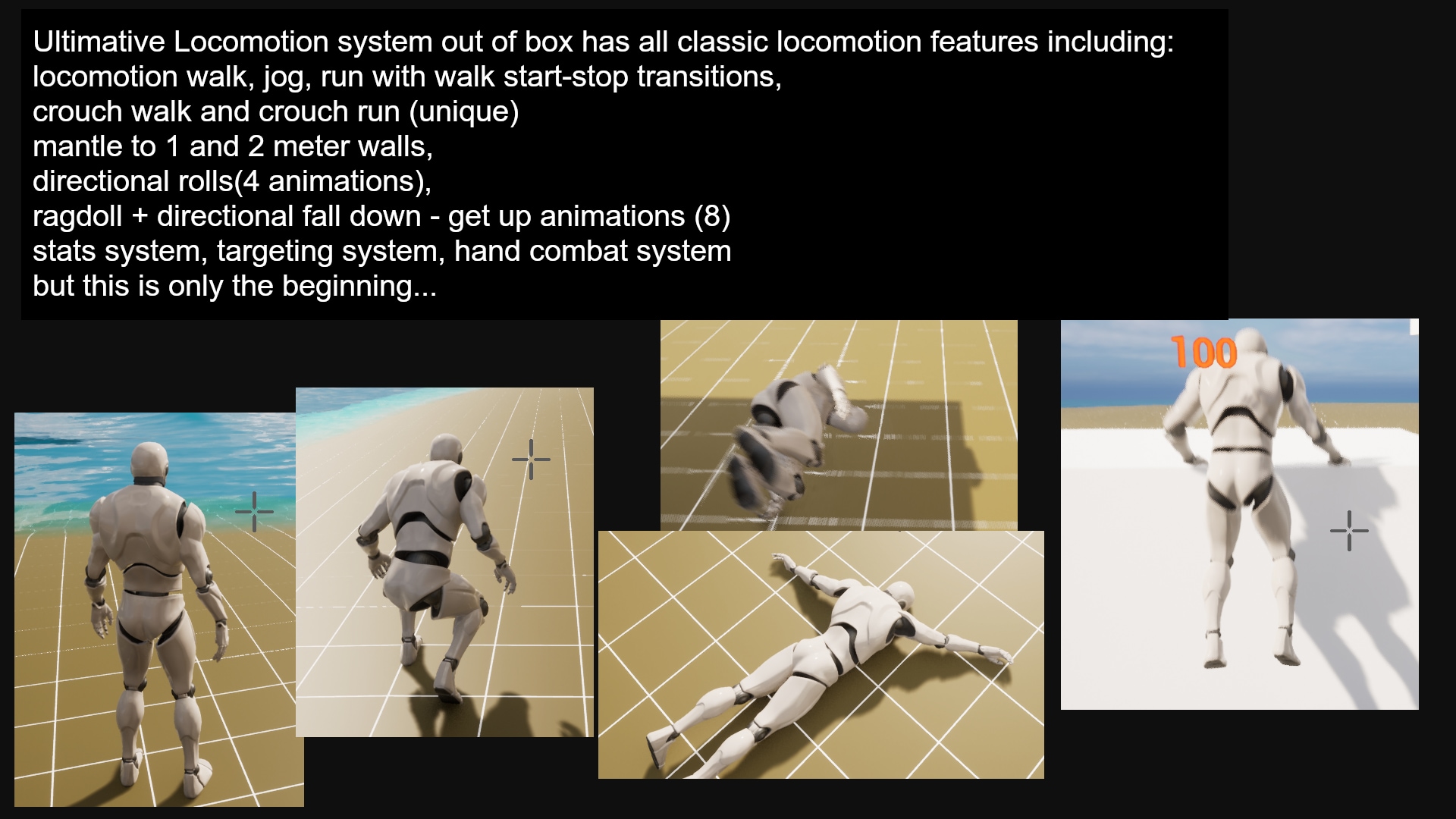 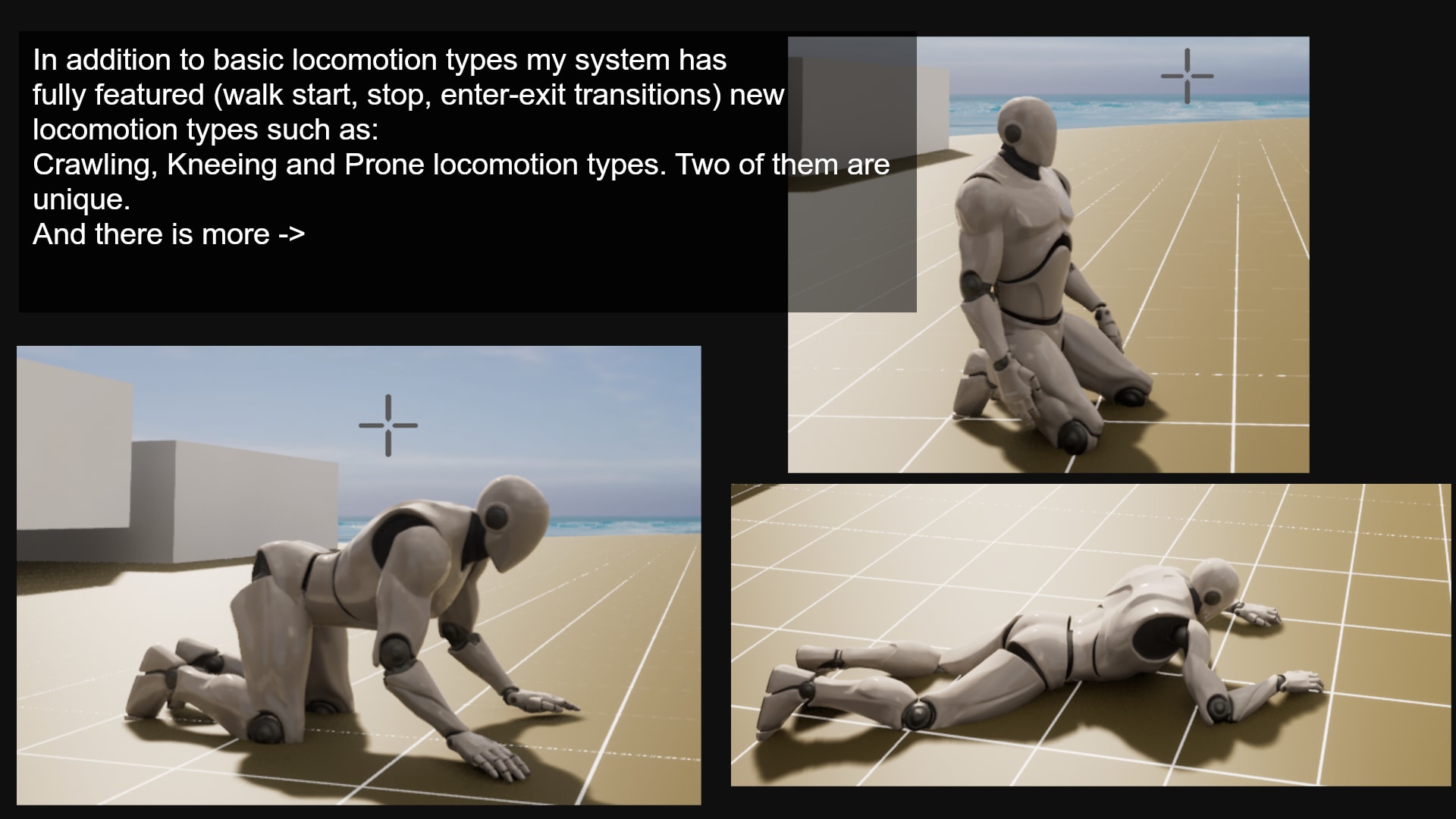 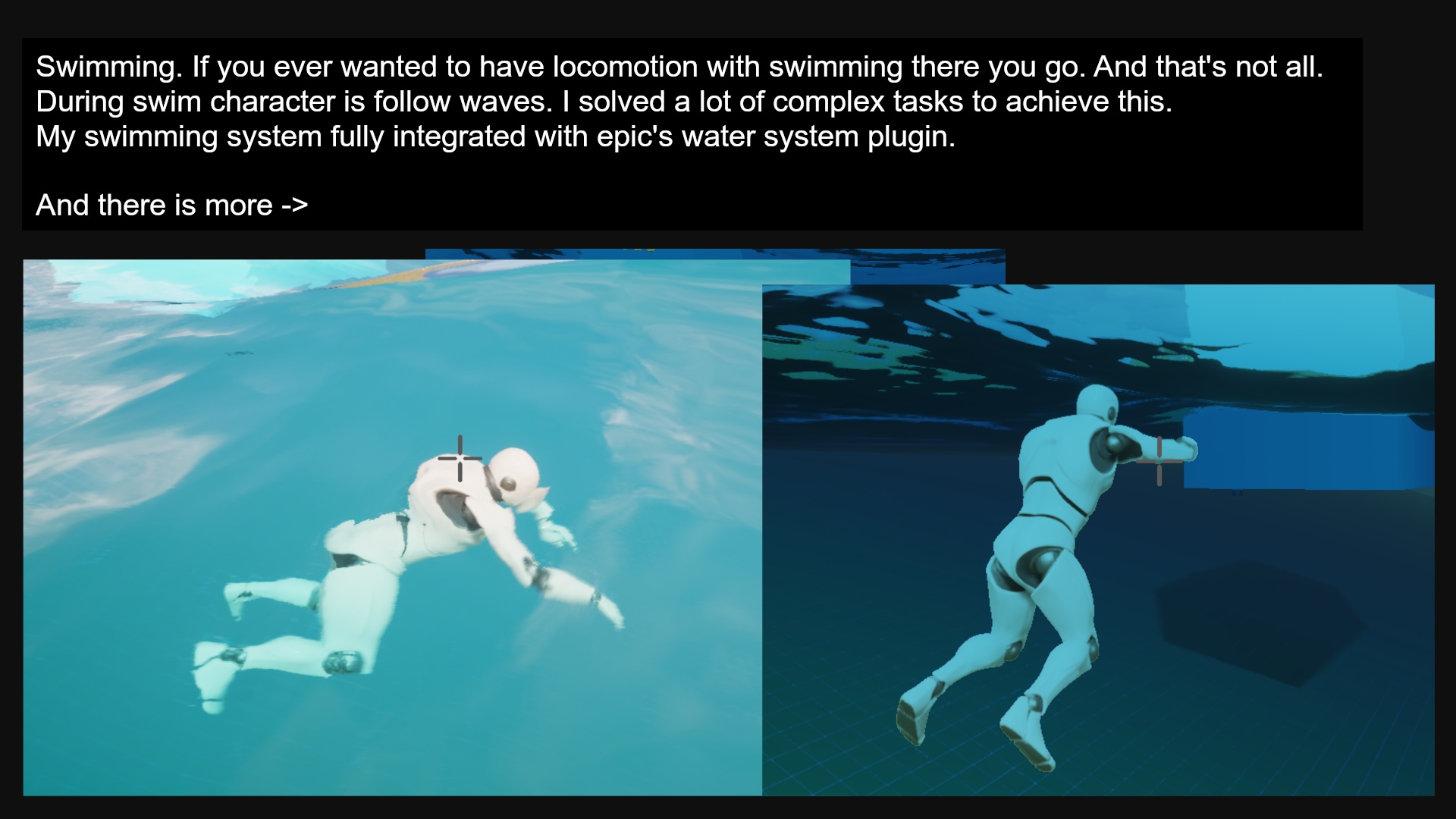 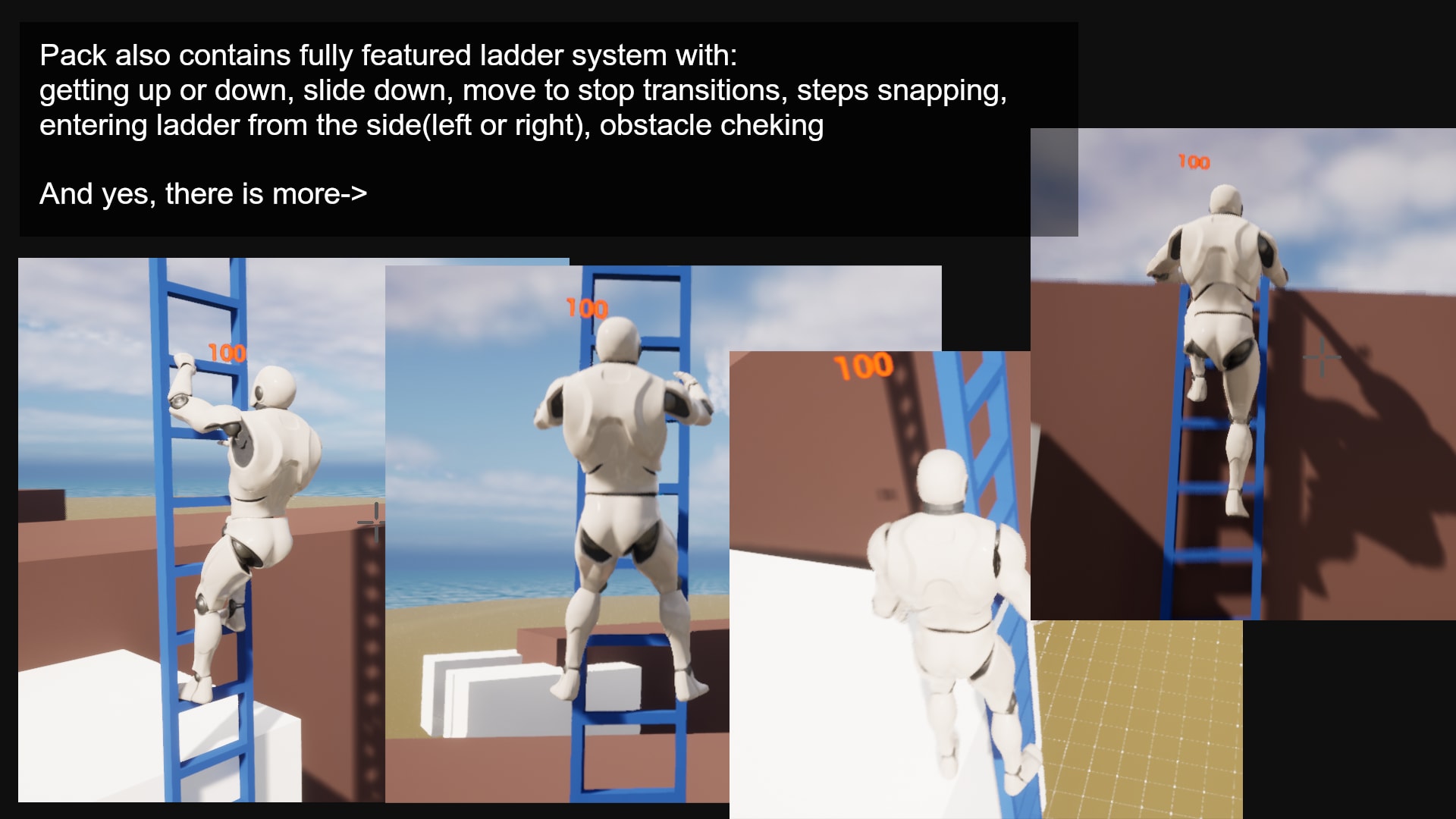 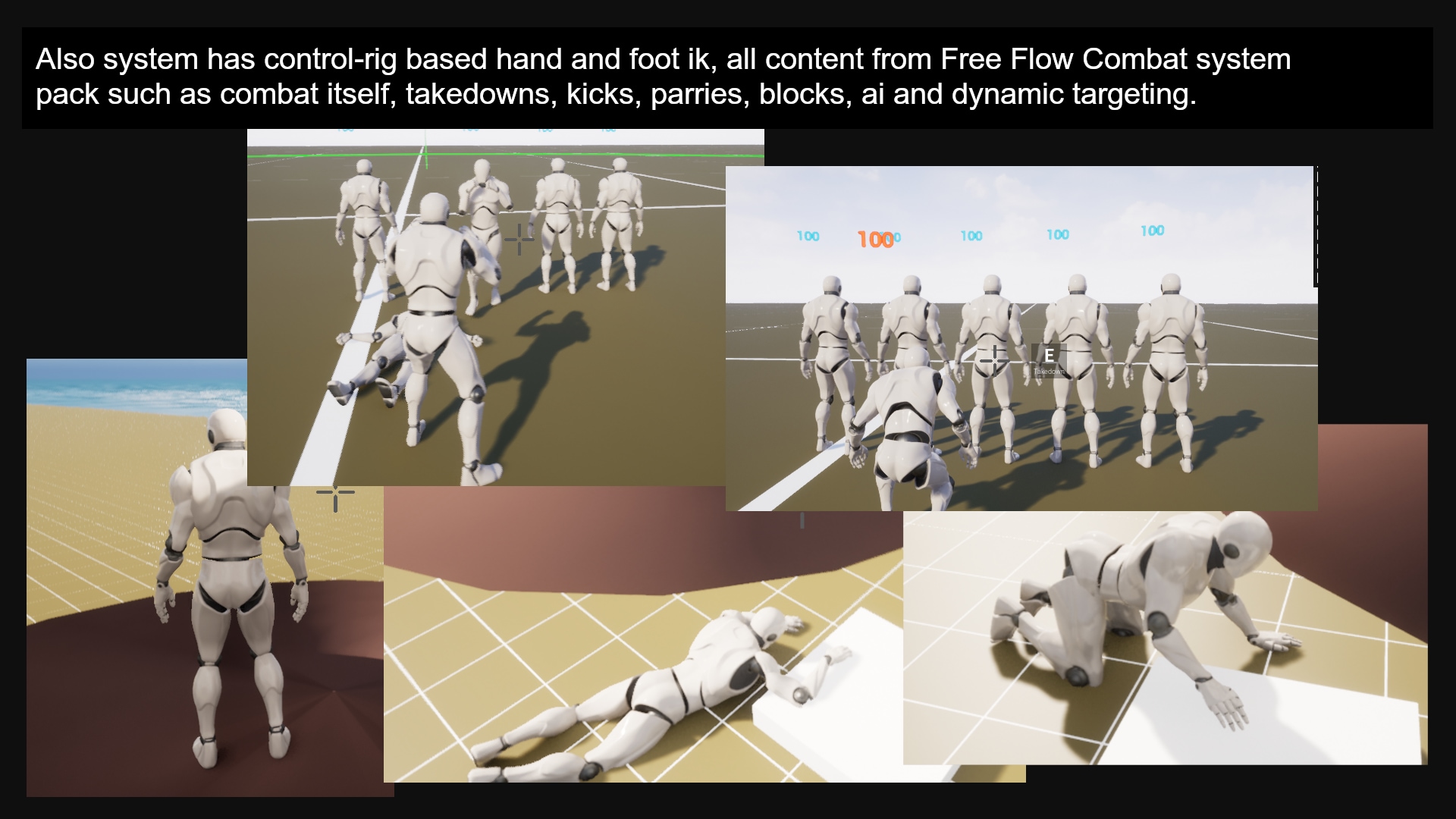 All in one locomotion system with rich amount of features such as: ladder, swim, climb, prone, crawl, kneeing and many more

Packaged build to test can be downloaded Here

Ultimative Locomotion system has a lot of implemented features. So let's go thru all of them:

Locomotion itself. Based on multi-directional blendspace, with sync markers, walk start, walk stop animation transition setups and inverse kinematics for the legs.

Also there is other crouch movement types included: Prone, Crawl and Kneeing. All of them unique and driven by rootmotion. All of them has necessary transitions, and turning in place animations. Yes, even for kneeing. And also there is idle-to-crouch, idle-to-prone / prone-to-idle...etc animation transitions as well.

Swimming. It's not "just" swimming. There is two modes - on water and under water. Character during swim on water will stick and follow waves as it should be. It tok me a lot of time to figure out proper solution for wave following setup. And i did it so you don't have to.

Ladders. Ladders system has all necessary setups. Character, based on hardcoded math functions stick to the ladder steps the way it should. There is climb up (to ground) from ladder and climb down (from ground) to ladder. Also fast sliding down from ladder is integrated. With transitions. Ladder movement has collision trace checks to prevent clipping into obstacles.

Climbing. Directional, following surface, jumps, climb up-down and all what you can expect from it. Also has climbing over corners. Ton of trace macro setups and functions are included so you can achieve your goals.

System has ik setup for hands and legs. And many more very powerful things. Like ragdoll, rolls, mantle to 1 and 2 meter surfaces... all what you want from locomotion is here. In one place.

Network Replicated: No, no network support 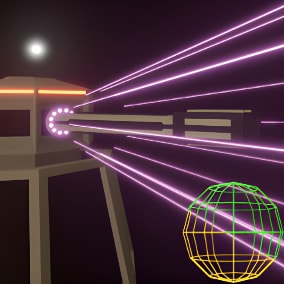 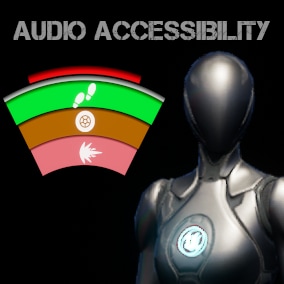 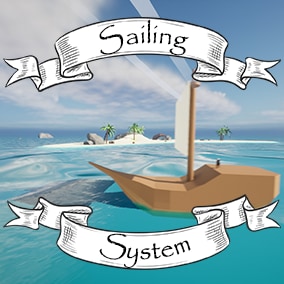 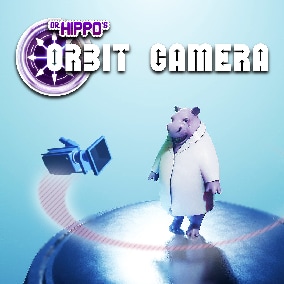